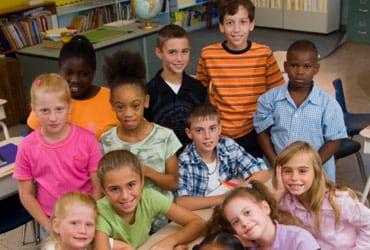 In his “Song of Myself,” Walt Whitman wrote, “I am large, I contain multitudes.” If this can be true of one person, how much truer might it be for our school system? The sheer diversity of our student body—not just diversity of race and class but diversity of interest and learning style—suggests that the quest for the one “right way to do it” may very well be a fruitless one. Instead, we should strive to develop a system of diverse schools working together to serve all students.

That italicized piece, “working together,” is what is missing from so much of our discussion of schools today. Whether a result of the glorification of the rugged individual or a byproduct of an overblown faith in the magic of the free market, our policymakers have bought into an approach to education reform that pits each school and program against all others in the hope that The One Right System will emerge triumphant in the end.

As a result, those efforts that have sought to innovate and bring creative approaches to educating students end up fractured and divided, forced to fight each other. Charter schools, which were supposed to be about teachers working with parents in the development of truly new approaches, have been co-opted by non-educators and a perverted set of incentives tied to test scores. Now, the charter schools that get the most praise aren’t the ones that are the most innovative or dynamic; they’re the ones that have become the most efficient test score factories.

The alternative programs that serve students who have struggled more than most with traditional schooling face similar pressures to standardize the education they provide, when the needs of their students clearly fall outside the standard range.

Indeed, it is clear that too many students fall outside the standard range (such as it is) of our education system. There are plenty of students just getting by in a traditional setting that would thrive in a different kind of school. Their experiences don’t qualify them for the ALCs, however, and most of the charter schools aren’t that different from traditional public schools in terms of instruction and pedagogy. As a result, these students are stuck in the middle of the class when they could be excelling elsewhere.

The problem is, that “elsewhere” doesn’t exist yet, and it’s not likely to anytime soon. There’s too much pressure to tweak and fiddle with traditional classroom instruction in the hope of jerking a few points higher on average standardized test scores. Those that challenge the notion that higher test scores are in fact the goal of modern education are often labeled as having low expectations or not caring about student outcomes.

I see now that attention is being brought to hybrid schools, those that combine in-class learning with online learning. Reading the assessment of the programs that are out there, I’ve noted some familiar phrasing: “Some blended-learning [hybrid] models are great and some are pretty bad.” That’s a direct quotation from Michael Horn, a representative of a group that’s worked to evaluate the potential of hybrid schooling.

It turns out that, no matter what approach we’re talking about, some schools are great and some are pretty bad. If we relaxed the pressure on test scores as the prime signifier of school quality and put some real support into helping public school districts develop a variety of different kinds of schools and programs, do you know what we’d find? Some would be great, and some would be pretty bad. Instead of trying to make every school be like the ones that are great, however, we should figure out which types of students still aren’t being served and try to build schools for them.

In the end, the idea is simple. We need one public system, containing a multitude of educational approaches, with a vested interest in getting each student to the school that’s best for him or her. With a critical eye and a willingness to keep trying new things, we’ll be better served than we are by the constant hunt for The One Right System as measured by standardized tests.