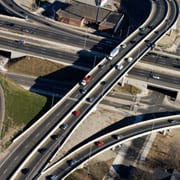 It’s mid-April in Minnesota, and our state policymakers are still pussyfooting around their best chance to rev up a sluggish economy: Investing in growth-producing public infrastructure. There’s no serious disagreement with repeated studies showing that the right transportation, water and public facilities projects boost output in the short and long terms, especially for the benefit of middle-class Americans, and often with greater returns than those of private business ventures.

But anti-government sentiment in some quarters has stalled progress in St. Paul on a capital investment bonding bill that would put the state’s enviable credit rating and nearly $2 billion in borrowing capacity to work at a time of historically low interest rates, bargain-basement bids from job-hungry contractors and lingering high unemployment in the construction industry.

Throw in the sorry state of Minnesota’s roads, bridges and other infrastructure—even the State Capitol is crumbling—and this should be a no-brainer. Unfortunately, well over a dozen members of the state House Republican majority won’t vote for any bonding bill, according to Capital Investment Chairman Larry Howes, R-Walker.

This counterproductive stance complicates the prospects for state capital investment this year, making bipartisanship key to reaching the 60 percent legislative supermajorities required to borrow on the state’s credit card. Little sign of that has emerged so far, with GOP-controlled House and Senate committees each proposing about $500 million in bonding (on very different things) and DFL Gov. Mark Dayton bidding for $760 million.

All those figures are well below half the $1.9 billion borrowing ceiling calculated under the most restrictive debt service guidelines laid down by the administration of Republican former Gov. Tim Pawlenty.

What’s at stake here? Money-saving asset preservation of state higher education facilities, veterans homes, hospitals, prisons and offices. Local bridge replacement and road improvement. A start on the Southwest light rail project, which will eventually link workers to hundreds of thousands of jobs from Eden Prairie to Minneapolis and spur private development along its route similar to the economic growth accompanying the Northstar and Central Corridor transit lines.

Most projects in the bonding bills have obvious intrinsic value for Minnesotans. But infrastructure doesn’t spur passions to match those aroused by taxes, illegal immigration and abortion. It’s “a ho-hum subject” to most people, notes former U.S. Transportation Secretary Norman Mineta. “Everyone falls asleep about it.”

Well, not everyone. The U.S. Chamber of Commerce and the AFL-CIO, strange bedfellows indeed, have teamed up urge passage of a robust federal transportation bill. Business and labor in Minnesota need to make their voices heard the same way for investment in state infrastructure.

Why? Here’s a checklist from a new report from the U.S. Treasury and the president’s Council of Economic Advisers:

Hailing the report, the Economist magazine said that “now seems like a very good time to undertake much more investment than normal. As the Treasury paper points out, very low interest rates and high unemployment mean that the odds of crowding out private spending and investment are much lower than normal. Cheaper than normal capital and labour also imply that taxpayers will receive a better deal on spending than would typically be the case.”

To paraphrase Jimmy Fallon, who doesn’t want a better deal? Some conservatives, it seems. State House Speaker Kurt Zellers has said bonding is “not a jobs bill.” What is, then? Cutting taxes and government payrolls cancel each other out. It’s time for the folks who campaigned for office on promises of job creation to get behind public infrastructure investment that’s proven to work.