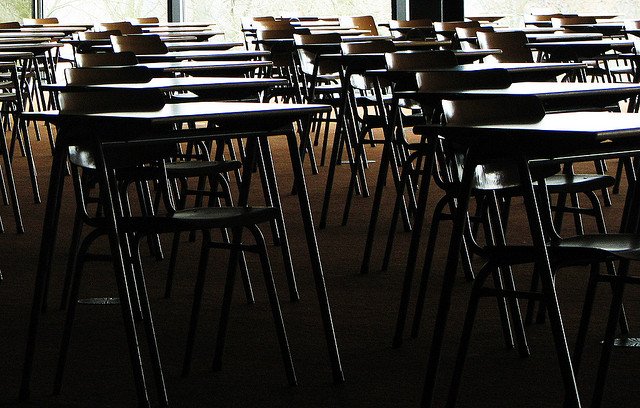 A conflict over the appointment of a principal at one Minneapolis K-8 school highlights a tension between an increasingly corporate management style in the Minneapolis Public Schools and the desire of parents to maintain the public schools as a space for democratic participation.

The controversy at Clara Barton Open School began about two weeks ago when the Minneapolis Public Schools posted a list of new district principals. Parents objected that MPS had changed its earlier policies that allowed parents and teachers at K-8 schools to take part in interviewing new principals. When the Barton Open principal announced his exit in May 2014, the school’s elected Leadership Council requested opportunities to provide input and have teachers and parents involved in interviews. Administrators said parent and teacher “input” would come only in the form of editing a “leadership profile” document that had been created two years ago, at the time of another leadership transition. There was not adequate time, however, for teachers and the wider parent community to participate.

After the administration’s choice was posted, parents held a meeting with MPS administrators. More than 100 people attended a vigorous and respectful discussion on June 23rd. There was widespread agreement that the new process the district has implemented for choosing a K-8 principal is problematic.

The new process, implemented without any public discussion, does not engage key stakeholders – parents, students, and teachers – in the selection of a leader of the school community. Nor does it recognize the specific skills and expertise needed to run a magnet schools that are intentionally distinctive. Instead, the new process concentrates power in the administration and seems to emphasize skills in assessing and evaluating teachers’ performance according to apparently standard district criteria.

A letter from Superintendent Bernadeia H. Johnson, emailed to the schools parents after the June 23, 2014 meeting “to explain in detail” the selection process argues that the district’s Human Capital Department had developed a centralized principal selection process centered around a full day standardized interview that is “efficient” and “rigorous” way to staff “our K-8 buildings.” The letter offers better communications but not a path to increase parent, student, teacher, or community role in future decisions.

This isn’t purely a Barton Open issue, though many in the Barton community took notice because we hold “educating for a democratic society” as a core value. Magnet schools—public schools with distinctive methodologies like Open programs, Spanish Immersion, or Montessori — may be particularly concerned with decisions made solely by administrators using a standardized assessment process. These schools need principals who know and value the curriculum and methodology of the magnet program.

But we can and should insist on a better process for all our public schools. All of MPS deserves a more open, inclusive, and holistic selection process that lays the groundwork for a respectful partnership between administration, teachers, parents, students, and the school principals who are ultimately selected.

Whether or not the decision to appoint a particular principal stands, we will advocate for reconsidering the selection process at Minneapolis Public Schools as part of a crucial discussion about what kind of citizens we are seeking to create.

Erin Kelly and Kevin Whelan are both parents of children at Clara Barton Open Magnet School in Minneapolis. Kelly is a sociologist and Whelan is a community organizer.