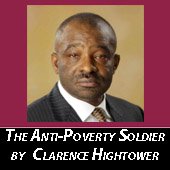 I wish to utilize this column to share some important information related to the operations and oversight at Community Action Partnership of Ramsey & Washington Counties (CAPRW). The recent shutdown of Community Action of Minneapolis has given rise to an unprecedented level of scrutiny toward Minnesota’s other 25 Community Action agencies, including CAPRW.

As part of this enhanced scrutiny, the local media have identified a number of critical areas of concern, which include the use of personal loans, agency travel expenses, and board governance. In early October, our Finance Committee Chair engaged our independent auditing firm, Wipfli LLP, to establish agreed-upon procedures in order to conduct “a deeper dive” into the business operations of CAPRW, specifically as it relates to our agency’s travel expenses, loan receivables and executive compensation.

These procedures were designed in a manner to prohibit any possible influence or input from CAPRW staff. At that time I indicated that CAPRW would share the auditor’s report with the community.

On November 4, 2014, the auditors reported their findings to CAPRW’s board of directors, and it is my privilege to share their results with you in this column. The results of this report, presented verbatim, are as follows.

To achieve the goals of this engagement, we have completed specific tests of date provided by CAPRW’s management. The results of the tests performed are dependent upon the completeness and accuracy of data, documents, and other information provided by CAPRW. The procedures we performed and the results are as follows:

We obtained the general ledger detail for certain general ledger accounts from October 1, 2013 to September 30, 2014 that CAPRW uses to record employee and board travel and training expenses. We downloaded the information into data extraction software and sorted it to include individual expense transactions that exceeded $299.99; this resulted in a sample of 173 items.

We then examined documentation supporting employee and board travel and training expenses for each item in the sample to identify the nature, location, and business purpose of the travel.

The items we examined appear to be for valid business purposes and had supporting documentation as to the nature and location of the travel.

We identified one employee that received a vehicle loan as a program participant in January 2014; however, she was not hired as an employee of CAPRW until September 2014. We reviewed supporting documentation of her eligibility in the loan program and it appears that she met the requirements for program participation.

We recalculated the executive director’s compensation to determine that the amounts paid to, and on the behalf of, the executive director for salary, fringe benefits, and tuition reimbursements agree with his employment contract and other board-approved actions for the calendar year ended December 31, 2013 and for the fiscal year ended September 30, 2014.

The results of our testing indicated that the amounts paid for the executive director’s salary, fringe benefits, and tuition reimbursements appear to agree to his employment contract and board approvals as of calendar year 2013 and for the fiscal year ended September 30, 2014.

The purpose of this heightened level of examination serves a number of critical purposes. For starters, it enables our agency to look deep within and make certain that CAPRW continually strives to achieve and maintain the highest ethical standards possible in its operation and oversight.

Thusly, CAPRW is able to serve its communities to the absolute best of its abilities, meet all of our fiduciary responsibilities, and remain accountable to our participants, staff, funders, partner agencies, taxpaying citizens, and other key stakeholders. It is imperative that your trust in our agency is never misplaced.