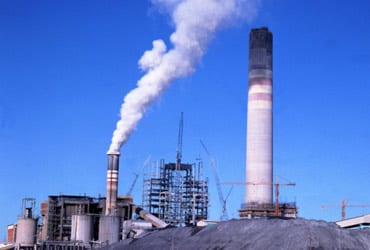 Several factors are forcing many coal plants into retirement (hence the title’s gold watch reference). According to the Sierra Club’s Beyond Coal campaign, 110 coal plants in the U.S. have announced planned retirements since January 1, 2010. This represents 328 coal-fired units and 45,751 MW of energy generating capacity, roughly 13.5% of the total coal-fired generating capacity in the U.S.

These pending shutdowns have been playing out particularly in Ohio and northeast Illinois. The entity that manages the electricity grid in the region, PJM Interconnection (the Mid-Atlantic’s version of our Midwest Independent System Operator), recently held an auction to determine power prices for the 2015-16 cycle.

Prior to the auction, Midwest Generation announced that two of its coal plants in Chicago will close down this September, and Amaren Corp has threatened to shutdown several more in Illinois because they are no longer economical to run with the costs of environmental upgrades. First Energy also announced plans shortly before the auction to close four coal plants in Ohio for similar reasons.

People expected prices to soar at the auction because of the quick reduction of supply coupled with unchanging or growing energy demand. Coal plants that plan to stay up and running were expected to bid higher for power prices to cover the cost of necessary upgrades. There was an uptick in the auction prices but only a mild one. This is good for consumers, whose utility bills reflect the auction pricings, but bad for coal plants, so more plant shutdowns in the region may be around the corner.

Like from Midwest Generation, which owns a total of six “financially ailing” coal plants in northern Illinois, including the two Chicago plants already mentioned above. The company did not get the price boost it was hoping for in the auction and may have to close more plants and file for bankruptcy.

In terms of energy policy, I see these coal plant shutdowns as part of an unending process in capitalist societies known as creative destruction. Part of the “industrial mutation…that incessantly revolutionizes the economic structure from within, incessantly destroying the old one, incessantly creating a new one” that economist Joseph A. Schumpeter described over 60 years ago.

Coal is part of the old economic structure of energy (people have been burning stuff for their energy needs since humans discovered fire) that, admittedly, has served our energy needs well over the last couple centuries. But technology has advanced to a point where we can generate our energy from other sources that don’t carry the huge environmental, health and transportation burdens that coal does, and at competitive costs (or much cheaper if these externalities were included in the price of coal-fired electricity). Bringing these new sources into the fold will create a new energy structure, which sometime in the future will likely be destroyed in favor of yet another structure, and so on.

But the flip side to this process is its destructive nature. Aspects of our economy and how we generate and distribute energy will change dramatically, electricity prices may go up in the short term and, more importantly, jobs will be lost. Midwest Generation employs about 1,050 people, including 700 union workers, many will presumably be laid off if its coal plants shutdown.

There have been hints that coal plants here in Minnesota may be shutting down in coming years. One study, based on Energy Administration Information data, estimates that the average coal-fired power plant employs 0.18 people per megawatt of installed capacity on a permanent operations and maintenance basis. Minnesota had 5,292.6 MW of installed coal-fired capacity in 2009, meaning roughly 950 jobs to operate these plants based on this estimate. Not a small number, and that doesn’t factor in other jobs not directly related to operating the plants.

One coal plant in Washington state recently went through an arduous process of shutting down that lasted for years. Through long negotiations that involved environmentalists, labor unions, utility execs, politicians, public health advocates, and local leaders, a staggered shutdown of the plant’s two units was agreed upon that essentially gave workers an eight-year layoff notice, allowed the utility to recoup environmental upgrade costs, created development investment funds for a small community that will lose a major job provider, and that ultimately will lead to the closing of one of Washington’s last coal-fired power plants.

It was messy and, in the end, people will lose their jobs. Ideally we can re-train and equip these workers to work in new energy sectors like wind, solar and the natural gas plants that will likely pop up around the country (Nebraska-based Tenaska is currently bidding to build a natural gas plant in central Illinois), or any number of related industries. But the dialogue and negotiations in Washington state illustrate how the short-term pain of coal plant shutdowns can be mitigated when everyone’s concerns, interests and needs are fairly and openly out on the table.

It seems to me that coal plants are starting to go the way of other once-dominate technologies, allowing new methods (or not so new in the case of natural gas) of energy generation to take its place in the unending process of creative destruction. And although the process will be messy and painful for some, in the long run shutting down coal plants will make our society healthier, richer and more productive.