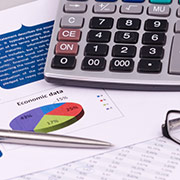 A reformed Local Government Aid (LGA) program could become law during the 2013 legislative session, thanks to the leadership of Governor Dayton—who included a significant funding increase for LGA in his proposed budget—and Rep. Ben Lien of Moorhead and Rep. Jim Davnie of Minneapolis—who assisted a broad coalition of city groups in coming together on a reform plan that will benefit cities and taxpayers across Minnesota.

MetroCities and the Coalition of Greater Minnesota Cities have already endorsed the new LGA reform proposal. The League of Minnesota Cities executive board is expected to approve the LGA proposal at its March 20 meeting.

Funding for LGA has been cut from $565 million in 2002 to just $427 million in 2013. After adjusting for the combined effects of inflation and population growth, real per capita funding for LGA is currently less than half of what it was eleven years ago. The sharp decline in LGA is one of the reasons for the rapid rise in property taxes over the last decade.

Governor Dayton wisely included an $80 million LGA increase in his proposed FY 2014-15 budget in order to replace a portion of the cuts in LGA since 2002. However, in order for this appropriation increase to be embraced by the legislature, cities had to agree on a new formula for distributing LGA.

The fact that a broad coalition of cities representing communities with divergent characteristics and interests was able to reach a compromise on LGA reform is no small accomplishment. For decades, cities have quarreled among themselves regarding the fairest way to distributed state aid. In the compromise agreement, greater Minnesota cities recognized the need to give suburban communities an LGA boost given that they had absorbed a disproportionate percentage loss of LGA since 2002. Suburban communities recognized that any new formula for distributing aid could not cut the dollars going to non-metro regional centers. The core cities of Minneapolis and Saint Paul recognized that they could not get a disproportionately large share of the new aid dollars at the expense of the suburbs and greater Minnesota.

Most importantly, the compromise agreement had to be based on sound public policy. The new LGA formula determines the revenue need of each city using a simplified formula developed by the non-partisan House Research Department. The new formula is based on the demographic characteristics of cities, not historic spending patterns. It provides stable funding for cities going forward without “grandfathers.” (A “grandfather” is a provision that prevents a city from losing aid relative to what it received in previous years.) Finally, the new proposal would send a larger share of the new aid dollars to the cities in greatest need of an aid increase based on the criteria of the new formula.

The historic LGA agreement achieved by Minnesota cities demonstrates the value of a time-honored democratic virtue: compromise. All city residents will benefit from the ability of legislators and city representatives to vigorously pursue their own policy goals while at the same time recognizing the legitimacy of the goals held by others. During a period of intense partisan rancor at both the state and federal level, this is an example that all policymakers can benefit from. The Legislature and Governor should act favorably on the city LGA reform compromise during the 2013 legislative session.