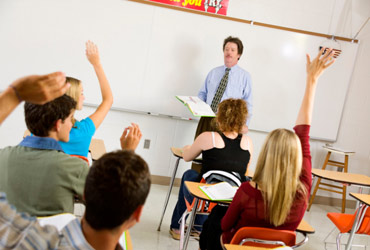 Official policy statements usually aren’t the most exciting reads. However, Minnesota Commissioner of Education Brenda Cassellius’s statement to the House K-12 Finance Committee hits just about every point you could hope for when summarizing Minnesota’s state of education.

The Bush-era No Child Left Behind (NCLB) law is a textbook example of good intentions spoiled by bad policy. The problem it sought to address – the unjust achievement gap that helps perpetuate poverty in the United States – is a worthy one, and as Commissioner Cassellius explained, Minnesota’s achievement gap hasn’t improved much at all in 20 years. From the get-go, however, NCLB sported some significant design flaws.

For one, it fell into the “all data is good data” trap. By emphasizing data from state-created tests of math and reading proficiency, NCLB elevated these tests’ importance beyond anything they could possibly be designed to do. State tests like the Minnesota Comprehensive Assessments (MCAs) offer a snapshot of how a system as a whole is doing in the measured areas. NCLB, however, managed to create a mindset that assumes these tests can measure total educational quality at the state, district, school, and classroom level.

This is just not the case. For one, student proficiency in math and reading is no proof of proficiency in science, social studies, writing, or any of the other subjects I would hope our schools also emphasize.

What’s more, the accuracy of that data when applied to smaller samples – say, one teacher’s class – is questionable (to say the least). The once-a-year snapshot of the MCA is also not enough to understand a teacher’s impact. Commissioner Cassellius emphasized the growth model in Minnesota’s statutes that partially alleviates this at the school and district level, but we simply do not have the system-wide tools we’d need to measure every teacher’s annual effect on their students in the subject or subjects they teach. Using the MCAs as a surrogate does a disservice to our educators, our understanding of true educational quality, and the very idea of accurate measurement.

NCLB’s prescribed use of this data compounds the problem. Commissioner Cassellius observed that over 70 percent of Minnesota’s districts have at least one school not making Adequate Yearly Progress (AYP) under NCLB’s definition. This number will continue to increase with time, as the 2014 deadline for 100% student proficiency approaches.

Despite this huge percentage of “failing” districts, Minnesota continues to lead the country in ACT scores and (despite the slippage caused by conservative defunding of schools) maintains a respectable position amongst the states in National Assessment of Educational Progress (NAEP) scores. Clearly, something is wrong with NCLB’s labeling system.

This is where the crux of the problem arises. NCLB managed to conflate the ambitious but worthy goal of universal student proficiency with a profoundly wrong-headed system for measuring and responding to current performance levels.

Now, any attempt to cushion the blow of statistical nonsense delivered by NCLB is labeled as opposition to “accountability.” This is dangerous rhetorical ground, as it implies that any and all academic deficiencies are the result of schools and teachers trying to dodge their responsibilities.

Here, too, Cassellius brought some illumination. In making the case for much-needed expansion of early childhood offerings, Cassellius summed up the situation thusly: “Economic circumstances can limit a child’s opportunity and access to appropriate health care and high-quality education.”

She pointed to Minnesota’s child poverty rate – a disturbing 15-20 percent – and explained how that disproportionately affects the racial groups that tend to trail in standardized tests.

In this day and age, it takes courage to tell a panel of conservative accountability-bots that, yes, we really do need to address poverty by digging into the very real health and educational effects that correlate with being born into an environment of scarcity. Acknowledging poverty is not excuse-making. Instead, it is a critical part of adopting a more strategic approach to closing the achievement gap.

Cassellius’s testimony carries real lessons for other policymakers. It is possible to fight to close the achievement gap while acknowledging the limitations of our current measurement tools. It is possible to talk about poverty without lowering the expectations for our schools or students. We ought to repeat these lessons at every opportunity. It is time for a new stage in education reform, one that is capable of acknowledging the limitations of what has gone before while keeping its focus on improving outcomes for all of our students.