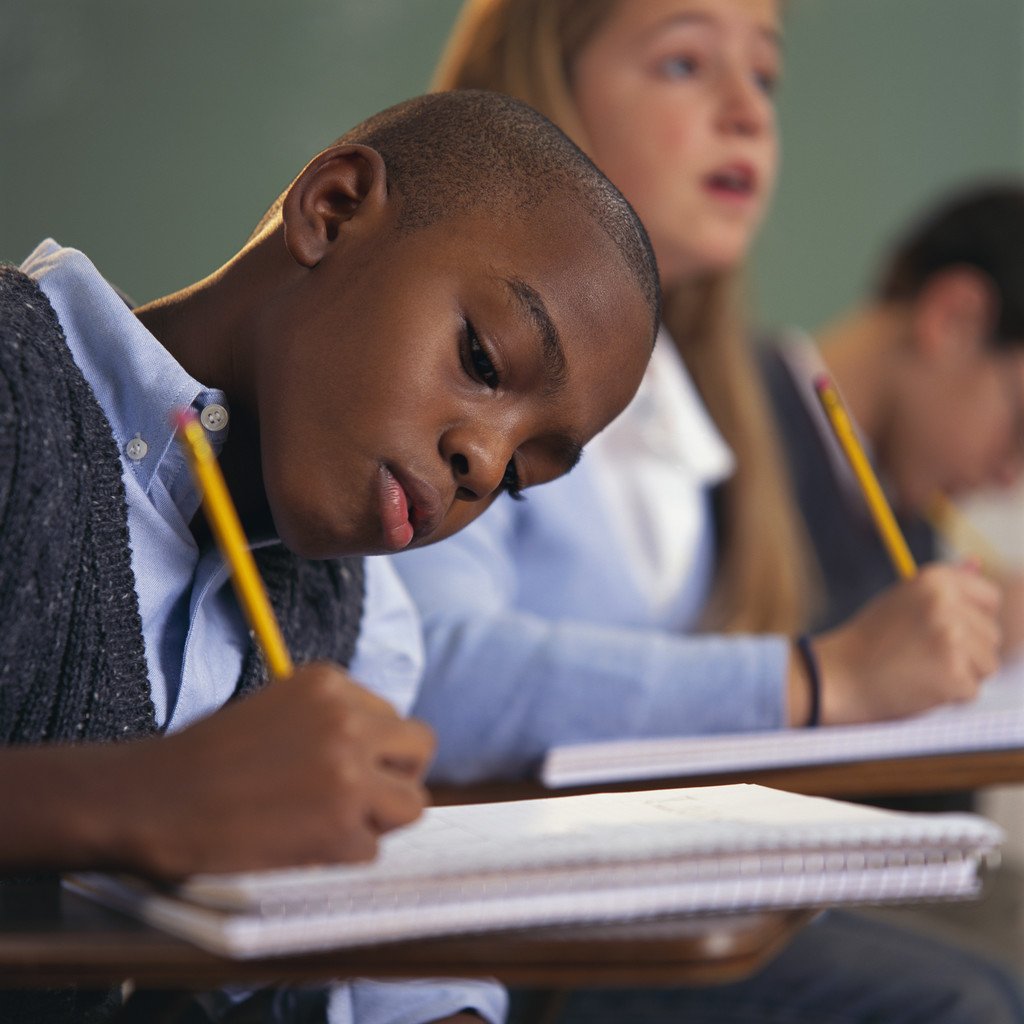 Satire is sometimes the best way for a writer to make a point, especially on topics that are simply so foolish as to invite a little constructive ridicule. Such is the case for the following commentary by MSR’s editor-in-chief.

It originates from a conversation we had one day in the editorial department about the bewildering variety of people and programs popping up left and right promising to fix the infamous Achievement Gap between Black and White students. There were literally hundreds of initiatives with nearly as many different approaches to the problem. It seemed absurdly complicated.

Vickie offered to simplify things with a bit of biting satire about a new initiative that would fix the problem once and for all. Please read the following “news story” as if one day it were to appear on the front page of the MSR, but keep this in mind: That day has not yet come, and this is a playful yet very serious way to let us know what might be coming if we don’t watch out.

On Monday, April 1, Generation Now, a collaboration of Minnesota organizations, held a press conference to provide an update on its Achievement Gap is History (AGH) initiative. After a great many concerted efforts to repair the damage caused by the Bush administration’s No Child Left Behind campaign, Generation Now has developed a solution they say is on target to close the gap in just three more months.

Generation Now was originated by disgruntled members of the former Generation Next project, a 2012 initiative that looked at some 500 metro-area efforts to close the gap and tried to identify and encourage “best practices” from the bewildering array of strategies then in play. Little seemed to come from the effort.

“They had good intentions,” says Generation Now Founder Joe Closer. “But they launched their initiative nearly two years ago and the gap has only grown wider. Had we implemented the AGH initiative at that time, the Achievement Gap would now just be a distant, painful memory.”

Now three months underway, the AGH initiative has already made groundbreaking gains. Joshua Hampton, a Minneapolis Public Schools junior who has always been a star athlete in both basketball and football, has also always struggled to maintain a C average. Now Hampton is at the top of his class with a semester of straight A’s.

“The smaller class size and more one-on-one time with my teachers is what made the difference,” Hampton said. “I was thinking I couldn’t handle college, but now I’m looking for scholarships and sending in applications.”

Reduced class size is just one of several benefits touted by AGH advocates. While previous efforts focused on “spending millions of dollars to erase the Achievement Gap in inner-city schools,” according to a November 23 Star Tribune article, Generation Now has reduced educational expenses by nearly 50 percent while doubling the amount spent on each student.

Asked why this particular initiative was adopted when so many others were rejected, Minneapolis Public Schools Superintendent Bernice Jackson replied, “It just made perfect sense for a change. All the other proposals I’ve reviewed — and there have been thousands — needed more funding from the district, from corporations, from foundations, from everywhere. The ideas may look good on paper, but implementing them costs money we simply don’t have. AGH actually cuts the district’s costs. It’s amazing.”

The superintendent insisted on continuing the MSR interview, almost seizing the microphone from this reporter’s hand. “I don’t know why we didn’t think of this sooner!” she exclaimed. “With this concentrated, six-month push we are able to close more than half of our schools temporarily, saving money on both staff and building maintenance. We only need half as many teachers, yet the student-to-teacher ratio is five to one, far better than we have ever achieved before!”

“This is a case where they just couldn’t see the forest for the trees,” Closer says. “Forget all those ‘solutions derived from evidence-based results’ — that’s just so much academic rhetoric. Our solution yields real, immediate results and it’s simple, no fancy theories: Just keep all the White kids home and give everybody else a chance to catch up!”

The Achievement Gap is History solution entails a six-month mandatory suspension from school for all White students. Last week, at the halfway mark for the initiative, White kids were called in from their hiatus to take the spring MCA exams. African American, Native American and Hispanic students’ scores were comparable to those of White students across schools on preliminary testing in both reading and math, and Superintendent Jackson believes White kids may be able to return to school sooner than expected.

Not only is the Achievement Gap shrinking under AGH, but the makeup of the teaching staff has changed as well. “My mom had been coming in to the school year after year telling the principal that what we need is more Black teachers,” explains junior high student DeMarcus Heinz. “First they told her they couldn’t find any. Then they told her the White teachers already here had seniority.

“Well, it looks like most of them used all that seniority to stay out of the AGH program. They took leaves of absence. They took sabbaticals. They took long vacations. They transferred to other districts. One week after AGH started we got lots of new Black teachers, Mexican teachers, Hmong teachers, even Somali teachers. You can hardly find a White teacher in the building, and those who stayed are totally cool.”

However, many White parents have expressed concern over the lack of structure and excessive free time their children have experienced since the initiative began and complain about the lack of programming in place for their kids. Asked how Generation Now intends to address this issue, Closer is optimistic and committed to finding a solution. “We are fully aware of the problem,” he says, “and we are working very hard on it. We have developed an initiative that we expect will solve this problem in no more than six months.”

This new initiative, according to informed sources, will focus on helping White kids develop their cognitive and social skills through special tutorials that build on their natural interests in sports, music and video games.