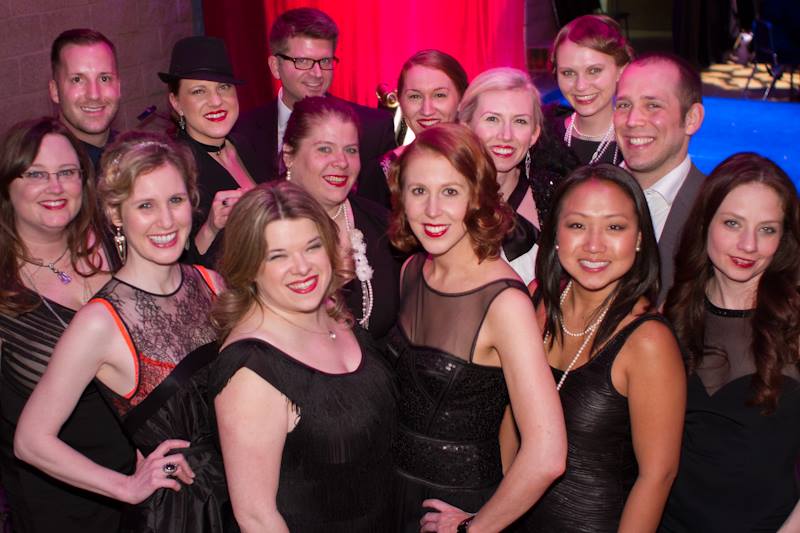 Some fifty young professionals filled the tables at Fulton Brewery on Tuesday, October 21 for Tap Into Tempo, an event previewing the rest of Minnesota Opera’s 2014-2015 season and specially designed for opera lovers of a certain lack of age. The evening was hosted by MN Opera’s Bergen Baker and featured musical previews by the company’s Resident Artists. It also contained a general introduction to opera for newcomers–the “opera virgins,” as one person put it. The mood was offbeat and ribald, much to patrons’ enjoyment.

The evening began with food provided by the Hot Indian Foods Truck and many visits to the bar. (Fulton’s The Libertine was, fittingly, the seasonal brew.) As patrons competed to fill out their Opera Bingo cards, Bergen launched into a picture-enhanced crash course in opera focused on breaking down operatic stereotypes and relishing some of its particular attractions, such as barihunks. Upcoming operas were introduced by Bergen’s humorous Opera in Sixty Seconds videos, commentary, and a live aria performance. (Later on in the season, a similar event will take place in ARIA itself.)

One of the most intriguing musical selections of the evening was an aria from The Manchurian Candidate, a new work being premiered by MN Opera this winter. Although the story of the opera is no secret, the company has kept most of the music under tight wraps during the development process. The slice featured on Tuesday night, an aria performed by soprano Shannon Pricket, provided one of the first public glimpses of the opera’s music for solo voice; its stormy, neo-Romantic sound is significantly darker and more dissonant than composer Kevin Puts’s previous Silent Night.

The other musical selections of the evening were a more familiar buffet of opera fare. Soprano Siena Forest sang Gretel’s aria from Hänsel und Gretel, tenor Michael D’Emilio sang “Quanto è bella, quanto è cara” from L’elisir d’amore, and baritone Andrew Lovato sang the Toreador song from Carmen; Jonathan Brandini collaborated on piano. It was a strong crop of new Resident Artists on display, and many people spoke excitedly afterwards about looking forward to hearing them in the season to come.