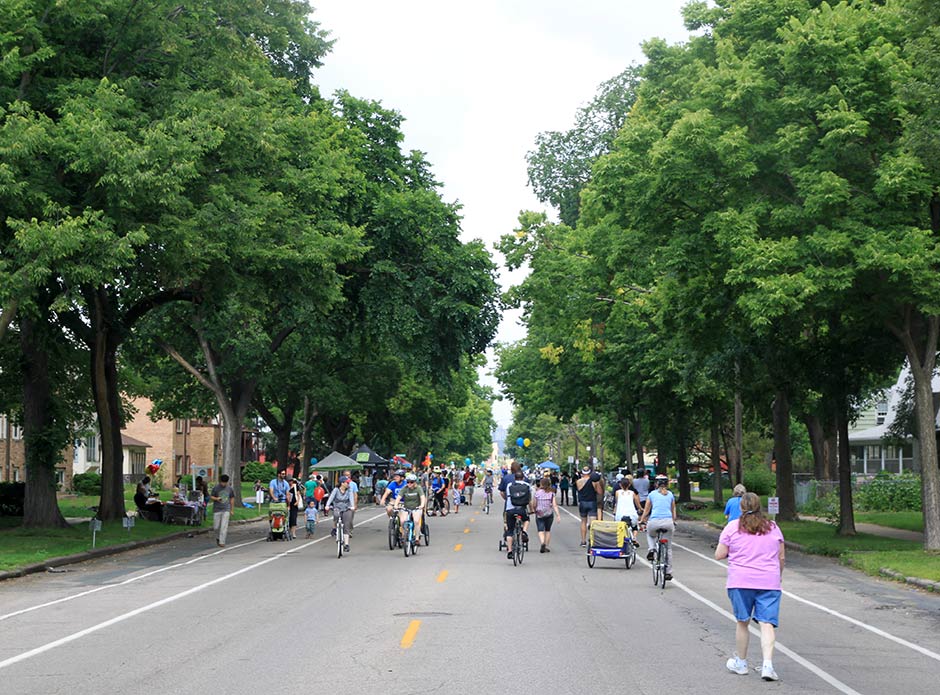 On Sunday (8/11), Minnehaha was closed to cars and opened to bikes, kids, games, and a whole variety of activities during Open Streets. While we don’t have the numbers yet, the roadway was packed for most of the afternoon. 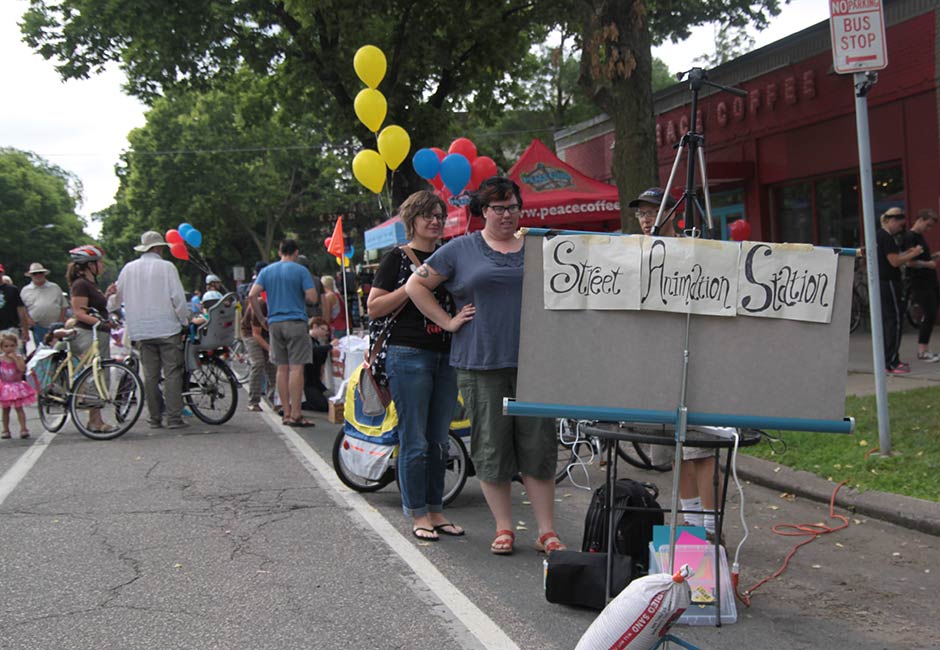 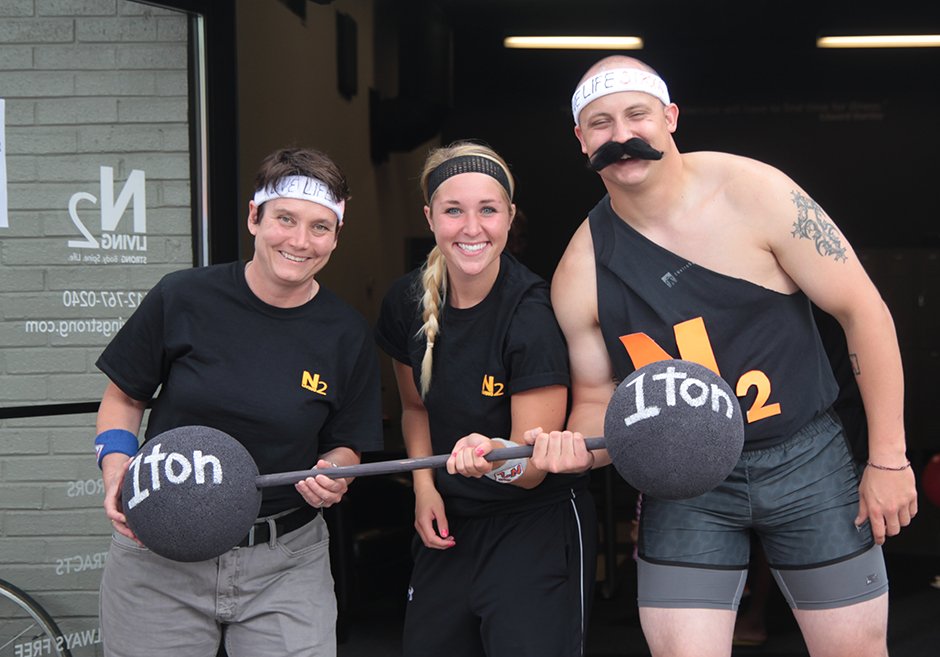 The trainers at N2 Living show off their muscles. 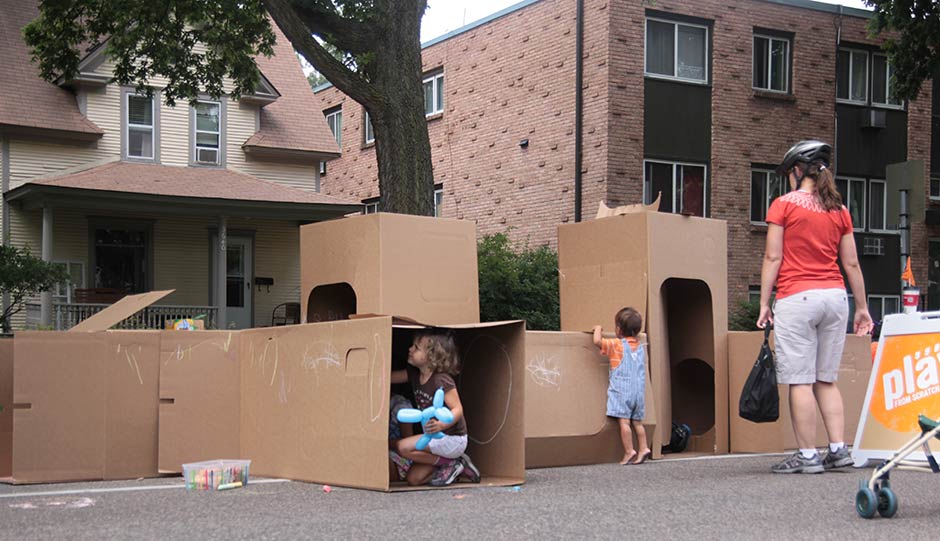 Play stations were located up and down the route. Here, kids could use huge cardboard boxes to build a space to play. 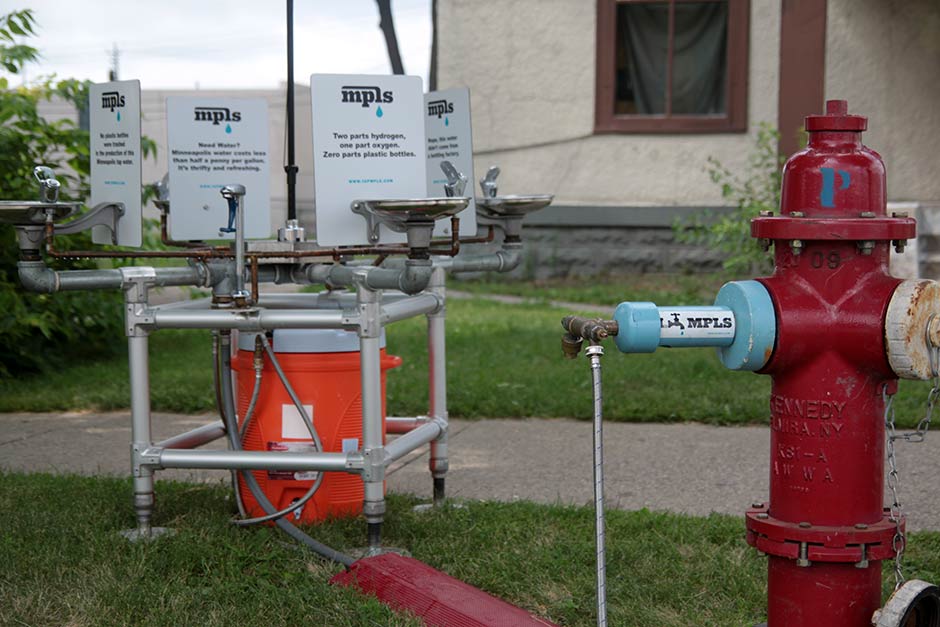 Water – courtesy of the City of Minneapolis. 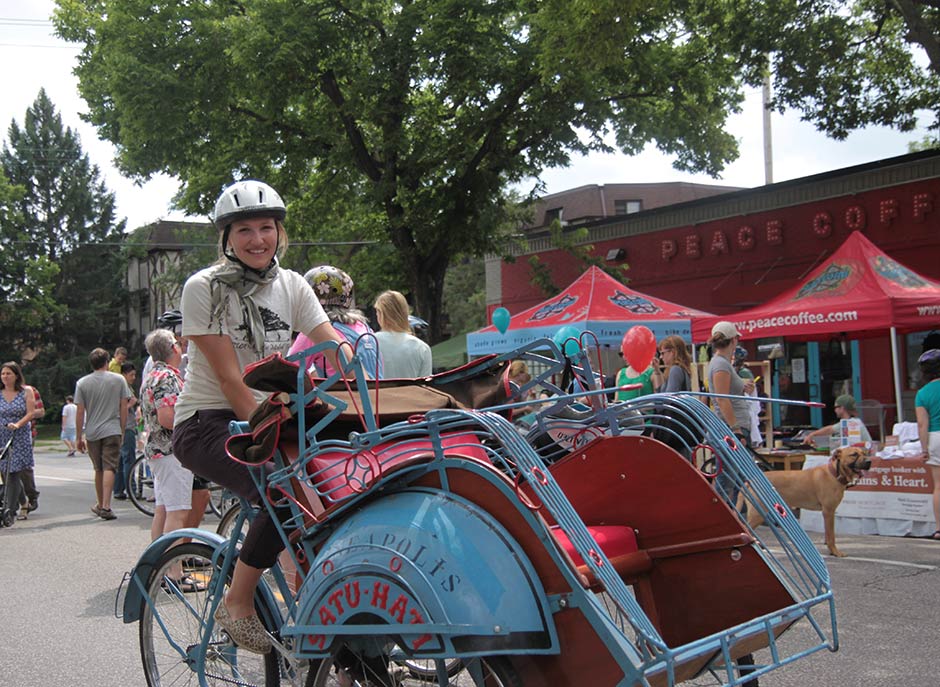 Corrie Weikle from Gandhi Mahal/HECUA gave rides to kids on a rickshaw. 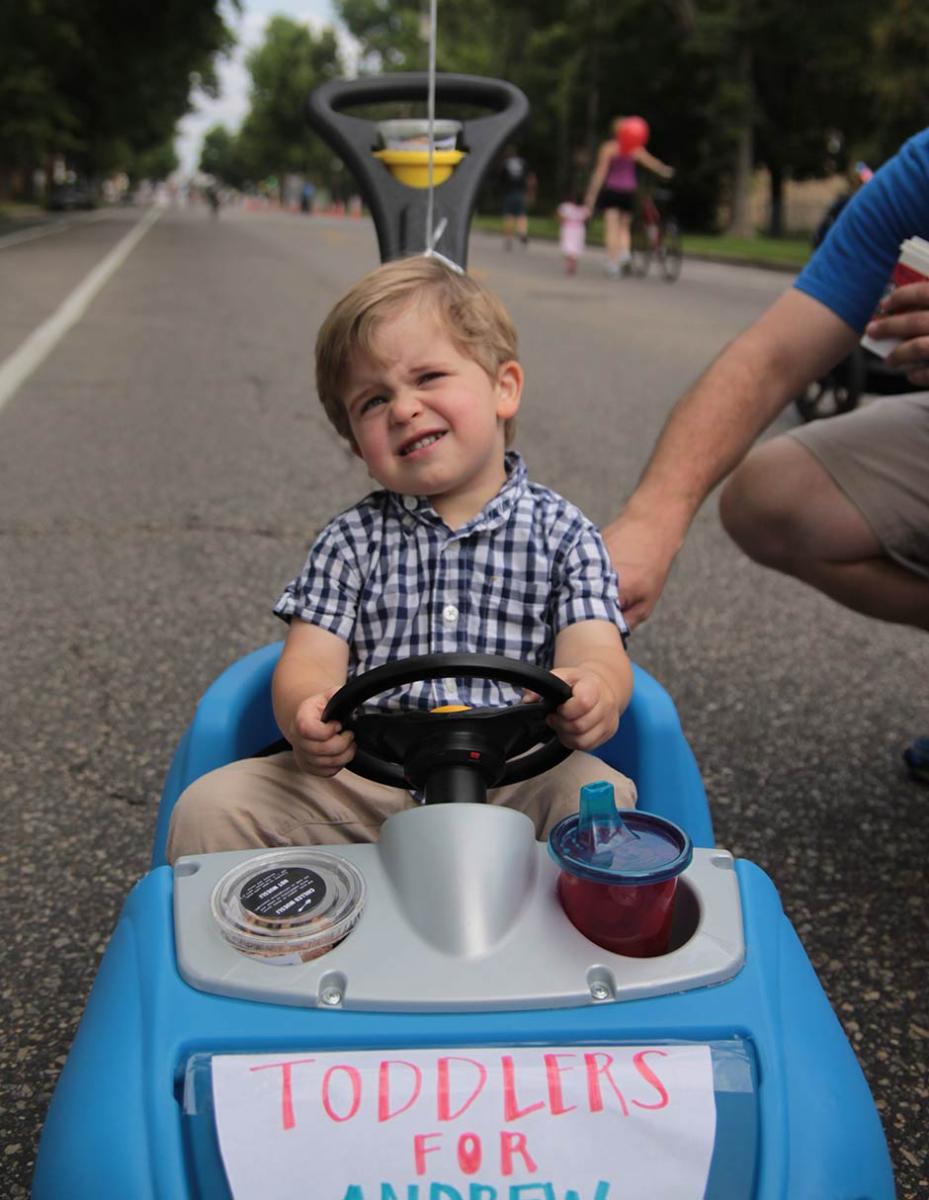 There were lots of candidates out shaking hands with local residents. Here’s Henry. He’s heading up the Toddlers for Andrew Johnson campaign. Andrew Johnson is running for Ward 12 City Council. 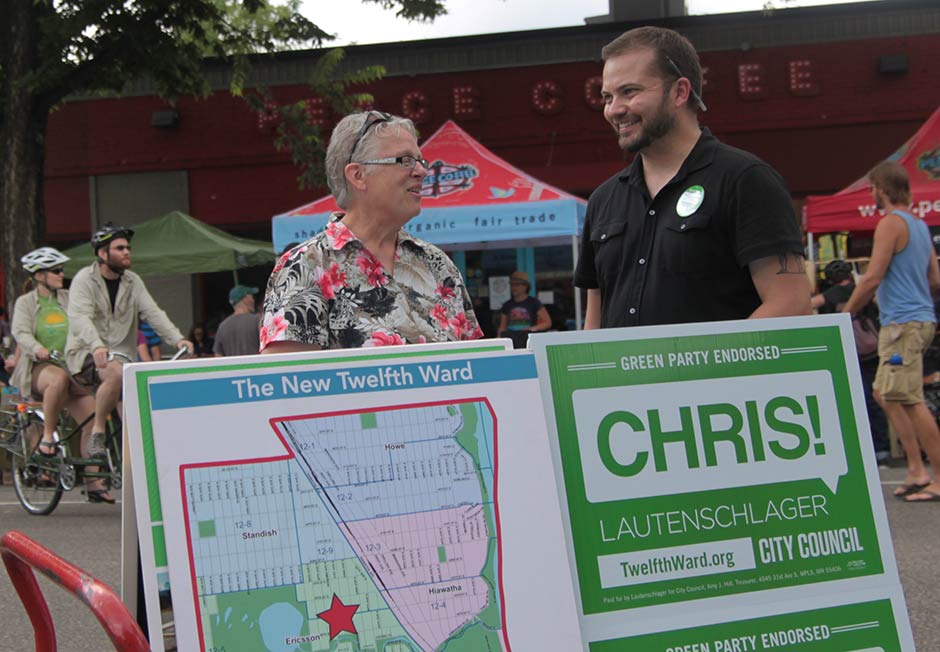 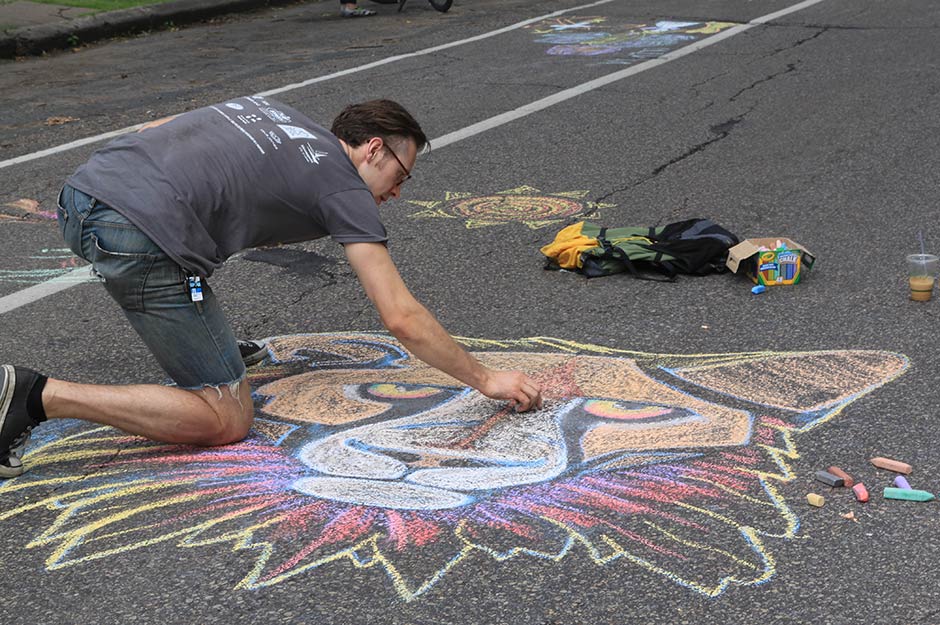 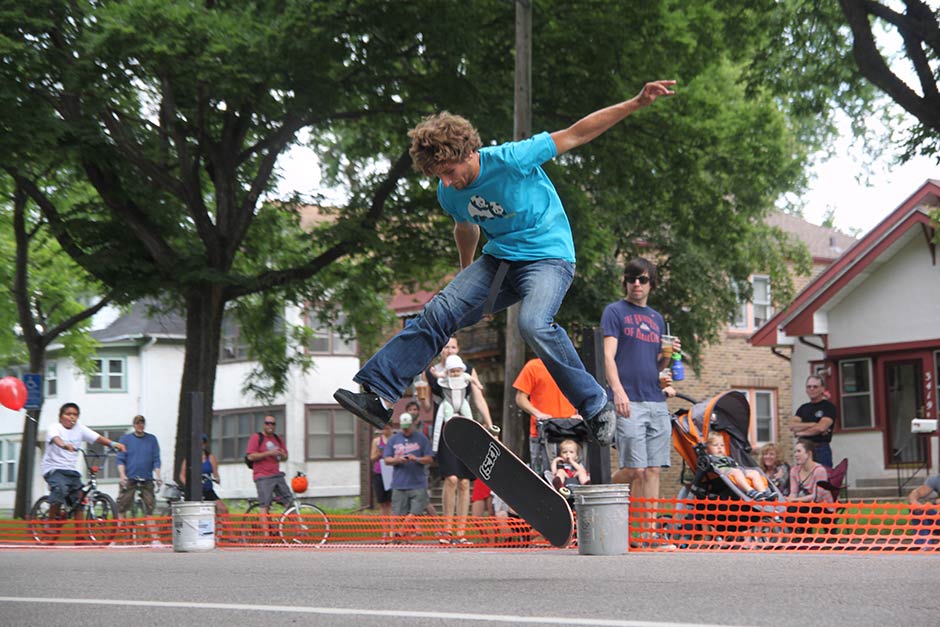 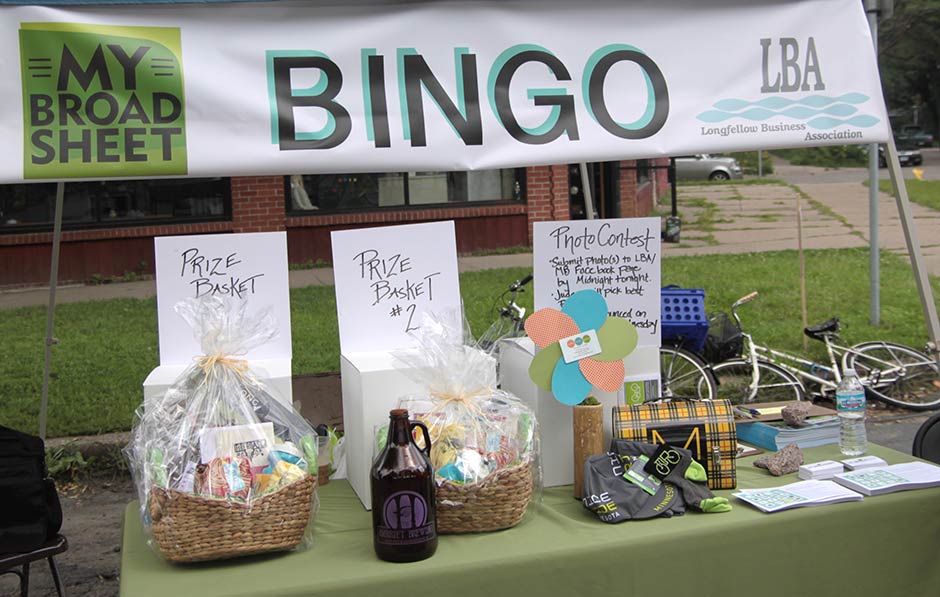 The My Broadsheet and Longfellow Business Association’s photo bingo table. Prizes were donated by local businesses. Winner will be announced soon! 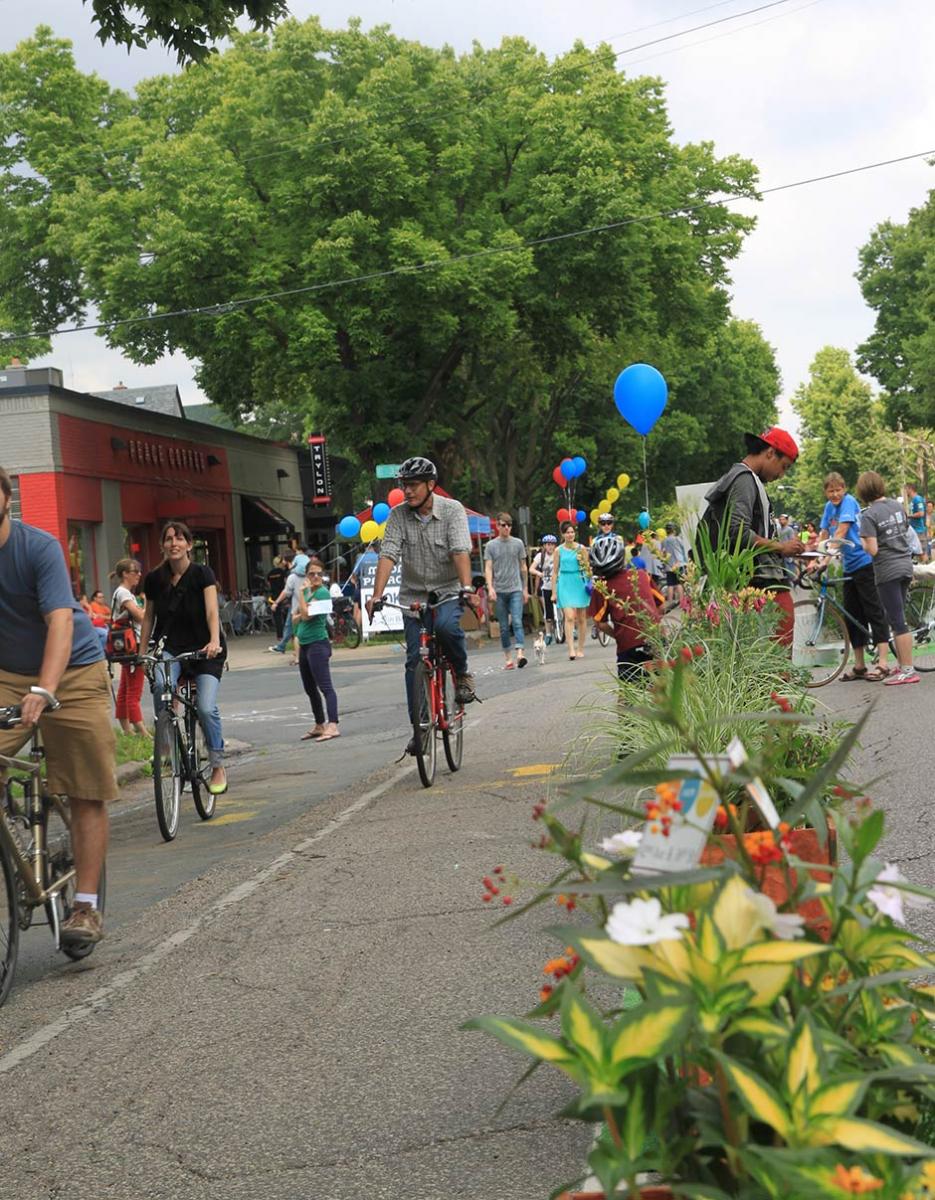 Cyclists take a ride on the pop-up cycle track. 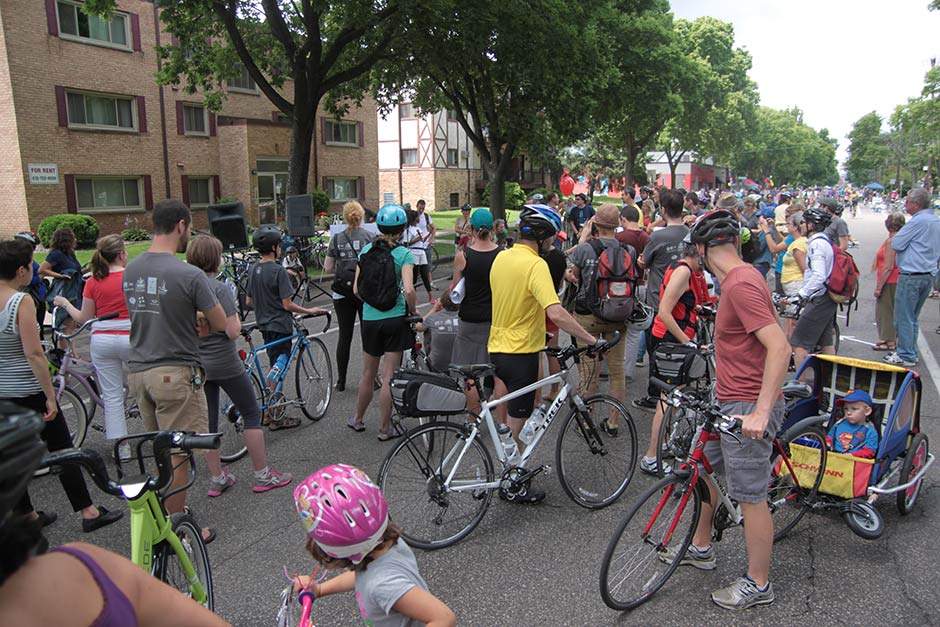 The Minneapolis Bicycle Coalition presented information to a crowd about cycle tracks for Minnehaha Avenue. The MBC collected more than 900 signatures in support of cycle tracks, which will be presented today to Commissioner McLaughlin and City Council Members Colvin Roy and Schiff.