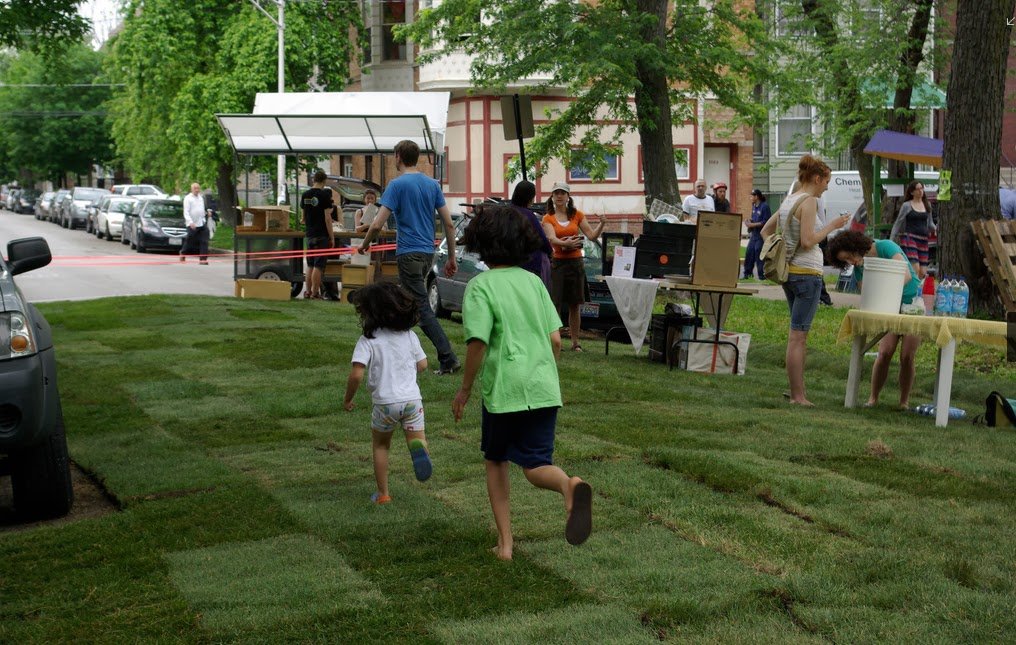 Open Streets, the re-purposing of long stretches of corridors ordinarily used for vehicular traffic, is coming to the northside in May this year. Over the last two years north Minneapolis has done the event on Lowry, but this year we will have an additional festival in the late spring. The most likely route will be along Humboldt and/or Irving Avenues along the proposed greenway routes, between Plymouth and 45th.

The possibilities for the north/south bike corridor range from simply adding some bike corridor striping similar to Bryant Avenue South, all the way to removing vehicular traffic entirely a la Milwaukee Avenue. When people think of a full-scale greenway right outside their own front door, the first thing that often comes to mind is where will I park my car? Where will friends and family who want to visit park their cars? Understandable questions, to be sure. In a society that is so focused on the automobile, the potential inability to park our car where we choose may be the only part of that balance of pros and cons that we grasp.

The photos above are of a similar event in Chicago where sod was laid down across the entire street. We are hoping to mimic that aspect for Open Streets in May. That way people can experience what it would be like to come out of their front doors and have green space to relax in, to have their kids play on, and to connect them with their neighbors across the “street.”

For a gathering of this scope, May is just around the corner. So it’s all hands on deck and we need all the help planning and volunteering that the north Minneapolis and biking communities can give. Join us every other Thursday from now until May – February 6th and 20th, March 6th and 20th, and April 10th and 24th, 6:00 at 3333 Penn Ave N to help coordinate the May Open Streets.

The Open Streets event will compliment outreach efforts by the following groups: NRRC, JACC, FNA, WCNA, HACER, Hmong American Partnership, Major Taylor Bicycling Club, Lao Assistance Center of Minnesota, Minneapolis Peace Collaborative Council, Redeemer Center of Life, Minneapolis High Rise Alternative Council, Project Sweetie Pies, and Pillsbury United Communities. These groups have received funding to conduct outreach and engagement for the City of Minneapolis Health Department. The City of Minnneapolis Health Department, along with Alliance for Metropolitan Stability, wants to hear what North Minneapolis residents think of the “Greenway” idea. The “Greenway” idea is a proposal that would connect North Minneapolis parks and destinations through a residential trail. The trail would also connect people to parks by improving access to recreational amenities on the Northside. Compared to the rest of the city, North Minneapolis residents do not have adequate access to recreational amenities.

Come and join us on Thursday to plan, and we’ll see you in May!