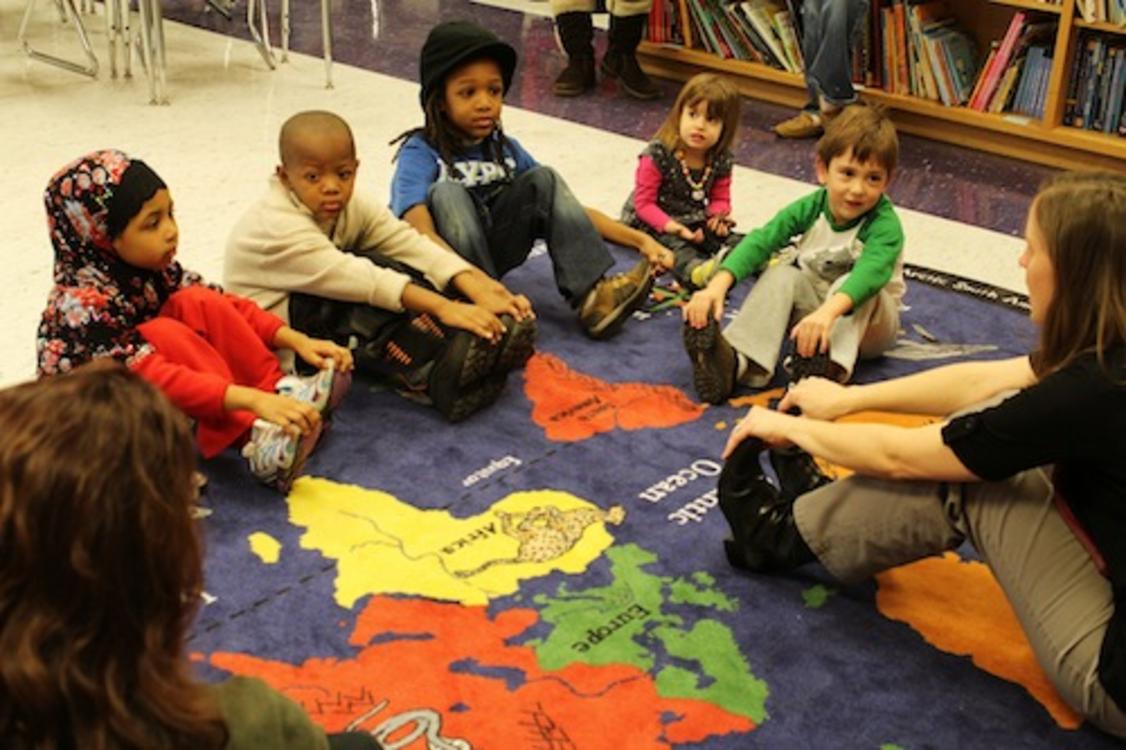 In the fall of 2012, after more than three years of planning and preparation, Pierre Bottineau French Immersion School (PBFI), opened in north Minneapolis. Just over one year later, the school’s independent governing council, which manages the school under the authority of the Minneapolis School Board, recommended that the school be closed. Now it looks like the school will remain open for at least one more year, but not as a language immersion school. After the high hopes and hard work that went into Minnesota’s first site-governed school, what happened? And what can Minneapolis learn from this experience?

JoElllyn Jolstad is a Minneapolis Public Schools parent and is employed by the district as a family liaison. In 2009, Jolstad was working with Gaelle Berg, a World Languages Curriculum Specialist for MPS, on how to create more “language pathways” for students. In particular, Jolstad said, they discussed the “desert of language instruction” in North Minneapolis, while Southwest Minneapolis had “lots of intact language pathways.” Berg had a background in French instruction; together, she and Jolstad collaborated with Barbara Anderson, an experienced Edina French immersion teacher, and Patrick Henry High School French teacher Tina Maynor to put together a proposal for a new French immersion school for Minneapolis.

Jolstad, Berg, Anderson, and Maynor spent the summer of 2009 drafting their proposal, which was then approved for further consideration by a “Bridge Committee” created jointly by MPS and the Minneapolis Federation of Teachers (MFT). This committee, which included parents, teachers, and community members, had been tasked with finding ways to turn site-governed schools into a reality. The Bridge Committee liked the French immersion school proposal and recommended that it be submitted to the Minneapolis School Board for approval.

It was at this point, according to Jolstad, that her group’s original vision for a new French Immersion School began to take on a different look. Jolstad says that she, along with Berg, Anderson, and Maynor, had originally imagined that the new school would be placed in the district’s empty Tuttle building in southeast Minneapolis, as she says the neighborhood there was “begging for the school.” The thought was that Pierre Bottineau, as the city’s only French immersion school, would attract families from all over Minneapolis, who would be bused there by the Minneapolis Public Schools. Looking back, Jolstad now calls this a “fantasy.”

Reality hit, according to Jolstad, when Minneapolis Public Schools employee Jill Stever-Zeitlin, who was the Director of Strategic Planning, jumped in to help “ensure the proposal fit with the district’s Strategic Plan.” This plan was very focused on using new schools—including charter schools—to tackle the “achievement gap.” This included moving the school’s location from the Tuttle building to shared space with the district’s Hmong International Academy on 30th Avenue North. Rather than growing the school’s enrollment through citywide busing, the district would bus only students in the immediate neighborhood to the school.

Jolstad’s group presented the revised plan to the Minneapolis School Board in January, 2010; the board approved the French immersion school proposal two months later. It then took two and a half more years to get the school up and running because of all the details that needed to be ironed out, such as hiring a director for the school, establishing a curriculum, finding qualified French-fluent teachers, and recruiting enough students to meet a 100-student enrollment goal. Problems with the school’s structure soon emerged.