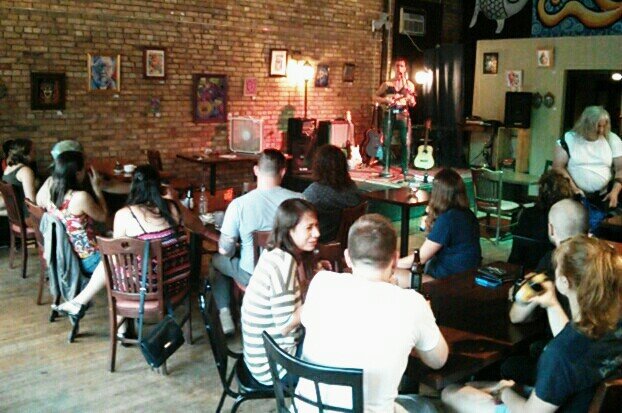 Taking the stage to share a song, poem, joke or story with a room full of strangers can be quite intimidating. But there has been no shortage of willing participants at The Nicollet’s Open Mic Nights that I’ve attended. The talent has been plentiful, colorful, and as eclectic as the art adorning the café’s walls.

Open Mic kicked off in August after a series of developments, including The Nicollet obtaining a liquor license and adding nightly entertainment. Since then, the spot has established new vitality and a new identity. “The vision has evolved to be a local independent coffeehouse that transforms into more of a lounge at night,” said owner Michael Graca.

In March of 2013, I spoke with Graca about his new ownership of The Nicollet (the shop reopened under his management in October 2012) and his desire to see the coffeehouse expand in a way that engaged the community. 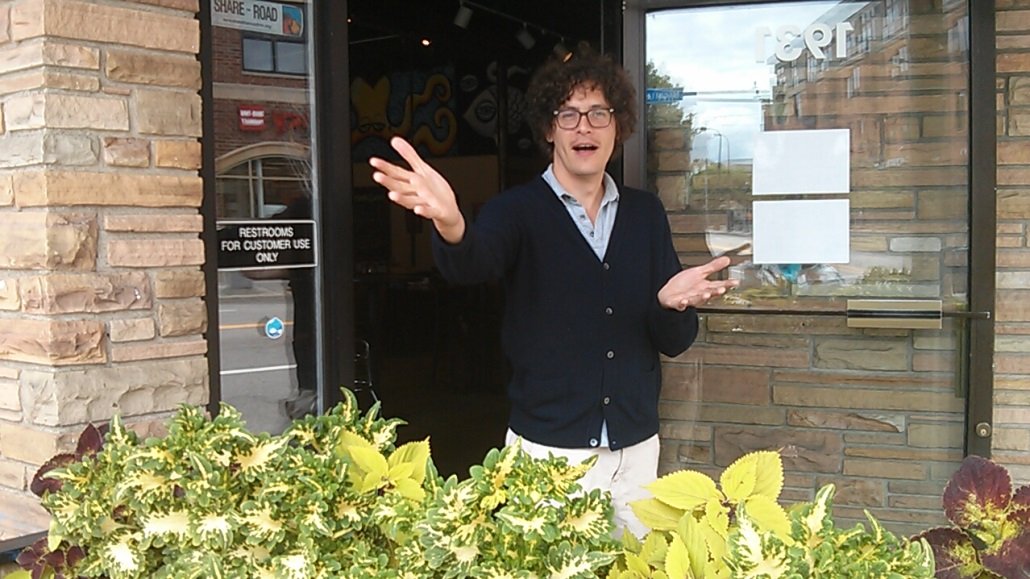 Graca also owns the nearby Boiler Room Coffee, but has no experience managing a venue that offers live entertainment. He’s had to learn the job quickly, and get a little help from his friends. “I’ve reached out to maybe five people in the Twin Cities that have their communities of musicians, and they’ve all given me an idea of what I need to do,” said Graca.

One of the people Graca reached out to was musician Eric Carranza, who collaborates with several bands in the Twin Cities. Carranza agreed to help book talent during the week and serve as host of Open Mic. His laid back style is a perfect fit for maintaining a breezy flow for the evening and helping to calm frayed nerves.

“I am appreciative of anyone willing to share,” said Carranza, who usually opens the evening with a song selection to break the ice. “I try to encourage stories; we all love stories, and anyone can tell a story. It’s really an inviting room, very open, fun art, good food, really great staff, diverse entertainment,” he said. 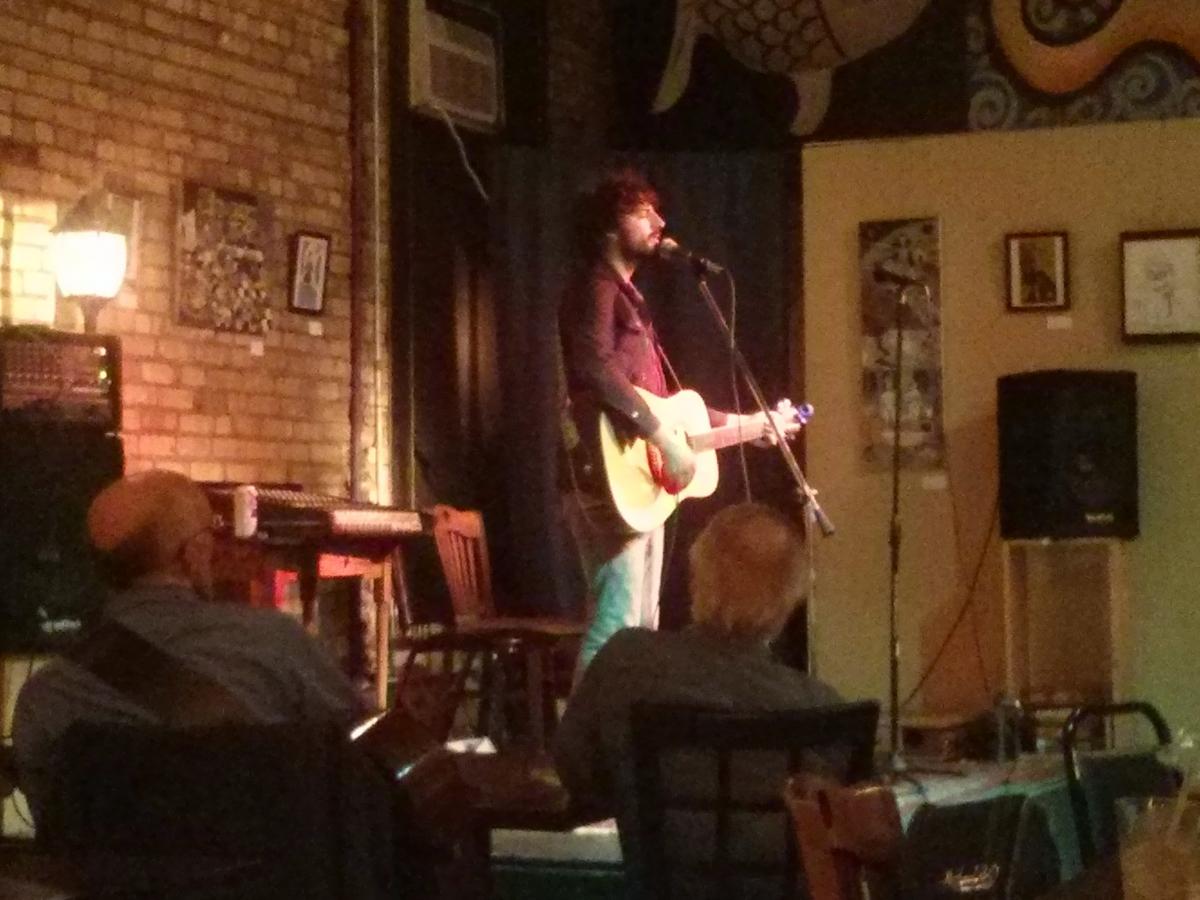 There’s a loose time limit, but no set theme or rules for Open Mic. On any given Monday you may see a clogger or ukulele player, followed by a rapper or someone reading a stirring passage from their favorite book. The common thread is simply that quiet affirmation and connection between someone willing to share a bit of themselves and someone willing to listen.

“Man, there’s some amazing stuff that goes down at Open Mic” said Sun Chi Som, spoken word and mixed media artist. “People get up and express themselves because they need to. It’s a release to share the pressures…the ups and downs of the daily grind in the city. Creatives take all that in and need an outlet…a release.” Sun Chi Som is a regular at Open Mic and often forms his spoken word pieces on the spot or after absorbing the energy of the room that night.

Another regular who simply goes by the name Debra, said she usually shies away from performing for loved ones, but feels right at home at Open Mic. “I consider this truly an Open Mic experience” said Debra, who sings and plays guitar. “You can tell stories, tell jokes, recite a poem, rap or dance…it’s truly a free and open space and not click-ish or judgmental,” she said.

It’s hard to bomb at Open Mic. The atmosphere is warm with the camaraderie of other artists. Carranza puts it this way, “To practice your craft to a crowd is a difficult task, but in front of a receptive group who are mostly all there for somewhat similar reasons should be of comfort. We are all in this together.”

Got a good story, song or poem to share? The Nicollet hosts Open Mic every Monday 8 pm. Sign up is at 7:30 pm.