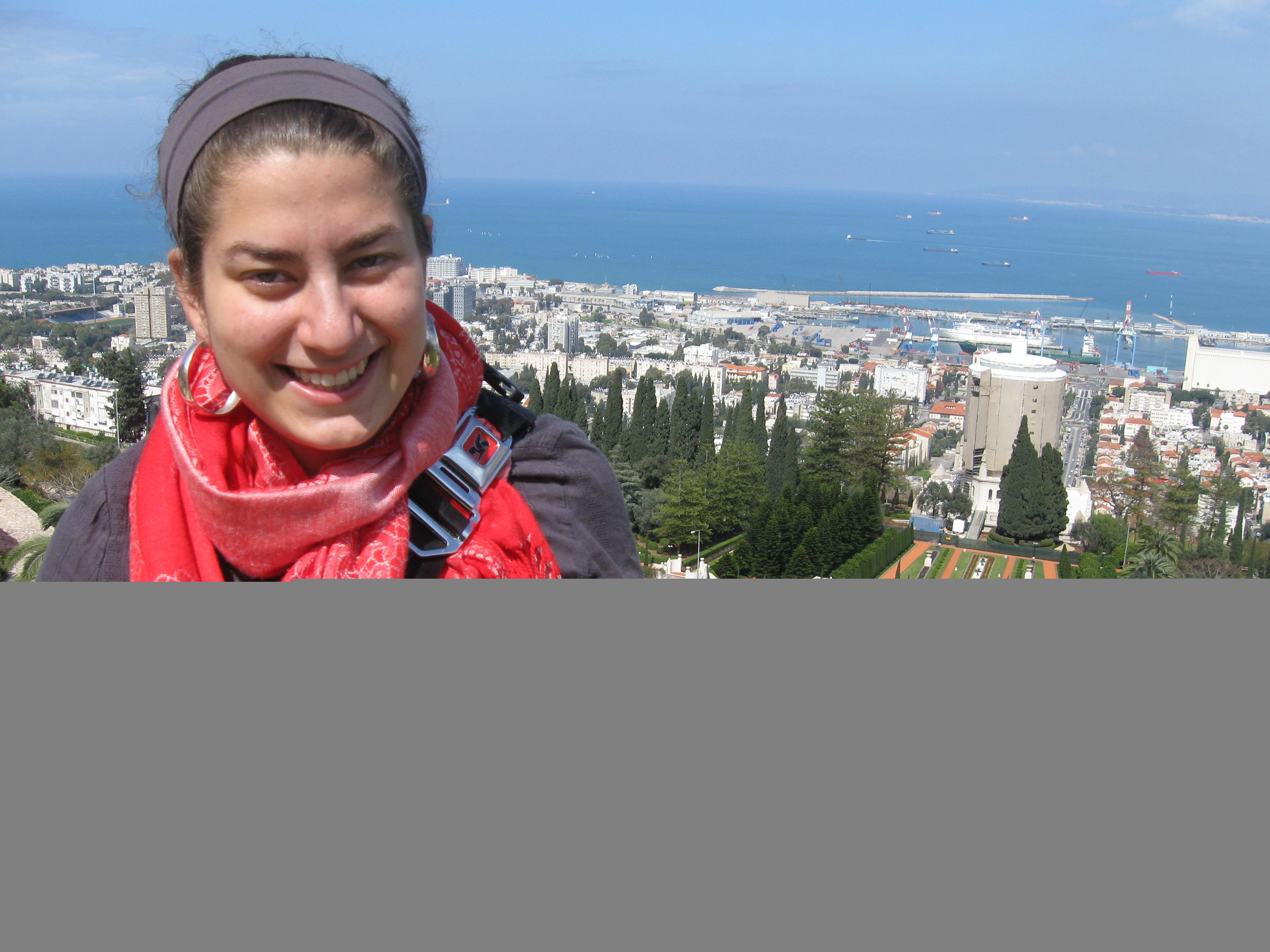 Over the past year my passion for Israel and my interest in the Middle East has taken a sharp decline. My political conversations in the past frequently centered this issue but I have taken a step away from the topic. Perhaps it is because I feel hopeless in the future of the region or maybe I have simply found other issues that I feel more powerful working on. Something snapped recently though, I was pulled in once again as into the spotlight comes a dispute between Swarthmore Hillel and Hillel International over what perspectives on Israel-Palestine are welcomed in Hillel institutions.

The Swarthmore College Hillel recently wrote a letter declaring itself an “Open Hillel”. Open Hillel is a student led campaign working to encourage open discourse on Israel-Palestine on college campuses.

We believe that inter-community dialogue and free discourse, even on difficult subjects, is essential in the context of an educational institution and a democratic society. Open discussion and debate is a Jewish value, and we are proud of our culture’s long tradition of encouraging the expression of multiple, even contradictory, views and arguments. However, Hillel International’s current guidelines encourage Jewish students to avoid seriously engaging with Palestinian students or other students on campus with differing views on Israel-Palestine. This is detrimental to the goal of encouraging mutual understanding, cooperation, and peace. Thus, we believe it is essential that Hillel-affiliated groups be able to partner with other campus groups in order to share perspectives, cooperate in those areas where we agree, and respectfully debate in those areas where we disagree.

Hillel International has the following policy on who is allowing to speak on the subject under the Hillel umbrella:

Hillel will not partner with, house or host organizations, groups or speakers that as a matter of policy or practice: Deny the right of Israel to exist as a Jewish and democratic state with secure and recognized borders; Delegitimize, demonize or apply a double standard to Israel; Support boycott of, divestment from, or sanctions against the State of Israel; Exhibit a pattern of disruptive behavior towards campus events or guest speakers or foster an atmosphere of incivility.

So how does this manifest exactly? One example is denying former IDF soldiers involved in “Breaking the Silence” to come and speak on their experiences as soldiers in the occupied territories. Swarthmore College said they plan to invite a variety of speakers ranging from Zionist to anti-Zionist into their community. Hillel International stated strongly that no anti-Zionists will be speaking under the Hillel name, placing the school under threat of expulsion from the Hillel label. This has caused quite the uproar in the Jewish community and specifically in the college community.

I cherish my memories from my college Hillel. It served as a place for me to spend afternoons on campus and to centralize my Judaism. Throughout college I was increasingly more to the left on the subject of Israel than the majority of my peers at Hillel. I never felt shamed by my friends for my beliefs and felt comfortable speaking these ideas. With this said, I also feel that there were few if any structured conversations in my Hillel experience that assumed difference in feelings regarding the subject. It was assumed that if a student was active in Hillel, they supported Israel in a way stereotypical to mainstream Judaism. This assumption does not open the conversation and for those individuals not comfortable in being a lone voice, it can isolate them from this community.

What made me lean in to the Swarthmore Hillel debate was the Jewish communal aspect. I spent the last year working at an organization that organizes the Jewish community in Washington, DC on local social justice issues. I have seen the way that we are capable of being real agents for social change. Proud does not begin to describe how I feel about my Jewish identity; therefore when I see my community resistant to vocal and animated discussions on the topic of Israel-Palestine, my heart sinks a bit. 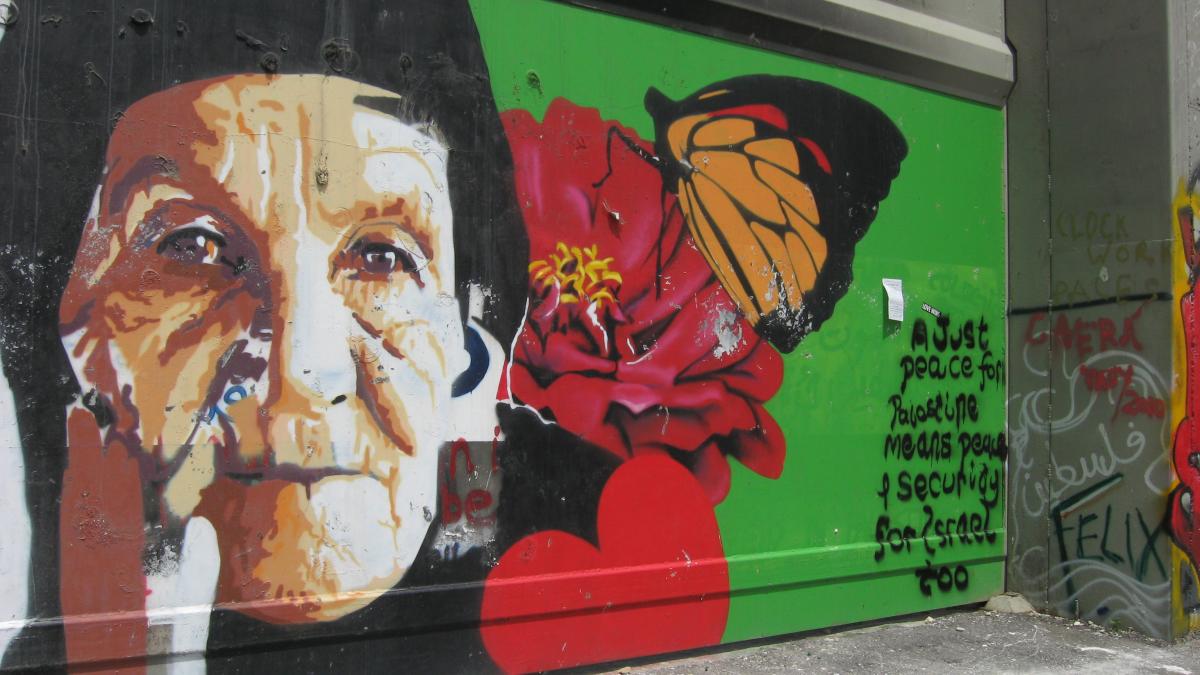 I struggle with my relationship to the state. I feel my deep personal connection at times hits a point of contradiction with my belief in human rights. I lived in Jerusalem for six months and spent time in the West Bank. I saw the limit of movement that Palestinians face. I waited in line to pass through a check-point from Ramallah to Jerusalem; just as a visitor who knew this was not my daily commute to work, I felt dehumanized. I witnessed the poverty and lack of safe infrastructures in the West Bank that I saw infrequently in Israel proper. I saw all this and yet still held a strong belief that the Jewish people needed a state to call our own. Is this belief contradiction? Is it truly possible to build a democratic and free state system that’s creation led to displacement of the Palestinian people?

These are difficult ideas, conversations and internal disputes to combat. As I wrestle, I feel most comfortable speaking with Jewish peers. I know they often come from a similar place of loyalty, love and confusion when it comes to addressing the current state of Israel. I hesitate to have these conversations with non-Jewish progressive friends. I sometimes wonder if they really “get it.” Do they understand how personal Israel is to me? Do they understand how my Judaism is wrapped up in my relationship to a state that is over 6,000 miles away? Probably not, how could they?

I needed and still need a Jewish space to have these battles. Hillel is a crucial component of many Jewish American students’ college experience; for some students it has nothing to do with their college experience as a Jew. Every individual does not need to feel that Hillel is the only way they can connect to Judaism. However, it should be an option for every individual. If students in college now are anything like I was when I was 19, they need a place to grapple, explore and converse on this personal and complex topic. If college Hillels do not allow for variety in perspective and conversation on this topic, what does that say about the future of the Jewish people?

Israel is a constant discussion in our community, it should not be a radical idea for us to sit down with a variety of voices on the topic. If Hillels, truly wish to show the authentic voices of Israel, this includes voices of dissent. This piece published in “The Daily Beast” discusses the viewpoint from Israelis who want “Open Hillels” in the United States. Why are we silencing their voices? How can we as Jews promote the silencing of disappointment in a state that calls itself a democracy?

“Open Hillel” is not calling on a singular voice in the American Jewish college community. It is addressing real concerns of our people. If we millennials are going to be the future of the Jewish people then we better get talking. Otherwise, we are not embracing one of the key components of our history, constant questioning.