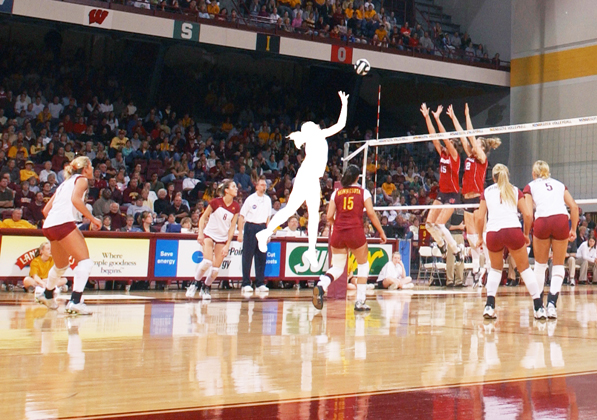 This column, over the past two weeks, has focused on the trials of being an Only One — the only African American — as a reporter in the media booth and as baseball players on the field. This week we conclude our Only One series with a look at club volleyball.

It is almost mandatory that if a female athlete wants to someday play collegiate volleyball, club volleyball, from which college coaches primarily recruit, is a must. Too often, however, club volleyball resembles an old-time country club activity. Therefore, if there’s little or no diversity there, it won’t be seen at the next level either.

There are eight volleyball courts at Burnsville’s Midwest Volleyball Warehouse, the practice home of Northern Lights junior volleyball teams, which bills itself as “the No. 1 elite junior volleyball training program in Minnesota.” Teenage females of all shapes and sizes are there perfecting their volleys, spikes and serves. But very little diversity in skin color is seen in the place. 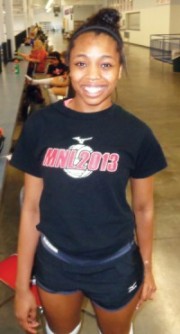 The few exceptions are the Only Ones.

Champlin Park High School sophomore Jenae Alderson is the only Black player, the Only One, on both her club and high school teams. “With my team, I fit in,”

believes the 15-year-old. “But sometimes I stand out.”

“I don’t feel excluded, but [it’s] different,” adds 14-year-old April Houston. “As we go to bigger tournaments, I [do] see more people of color.” On her Lake Harriet Middle School team, she recalls two other teammates of color: “One was my cousin, and one was a very good friend.”

“I’m the only girl of color on my [junior high] volleyball team,” states Jasmyn Martin, also 14, of Oak Grove Middle School. “I think I played against a couple of girls [of color] from other schools,” 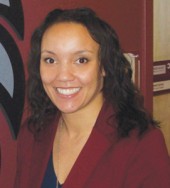 Orr, Houston and Martin are Northern Lights teammates. “Usually we are the only team that has this many girls of color,” says Martin. “I feel that we fit in because we are just as good as everyone else.”

Jennifer Jacobs can easily relate to being the Only One on a volleyball court. She played at Minnesota State Mankato (2000-03) and before that as a three-time all-conference performer at St. Paul Central.

“At some point in time, in almost every situation I have been in, it’s been that way,” says Jacobs. “I was the only person of color playing volleyball in Mankato. There were people on my team — I loved them to death — but they were from tiny towns in Iowa and never dealt with anyone of color.” 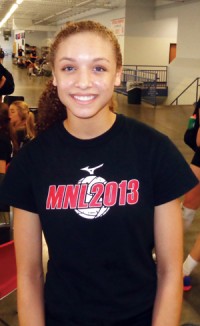 For example, her teammates would comment about her hair, saying, “‘You don’t wash your hair all the time,’” she recalls. “‘No I don’t,’” she’d replied, “‘and I am not even full African American.’ We had all these conversations.”

Jacobs is now an assistant volleyball coach at Augsburg College — she once was the head coach at St. Paul Harding (2005-09) and also assists in the Northern Lights program. 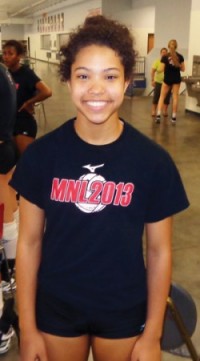 “When I played in the late 1990s, there were no girls of color,” recalls Jacobs. “If you go to a big qualifier national tournament now, you’ll see way more females of color playing volleyball.” She attributes this to the area’s changing demographics: “Not all kids of color are living in the middle of Minneapolis or St. Paul. A lot of them are living in the suburbs.”

Club ball is “a lot different down South,” she continues. “A couple of Florida clubs have a lot more kids of color than we do.”

Currently the assistant compliance director at Augsburg, Jacobs was among a wide array of speakers and panelists at the three-day NCAA Inclusion Forum at the organization’s Indianapolis headquarters. 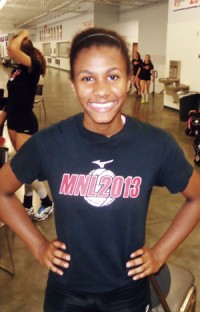 “I spoke on equity…making sure that people on search committees for colleges are representative of the student body and what the staff should look like,” says Jacobs. “We talked about race and how you can talk about it without making anyone nervous and scared to talk about it. We talked about how to avoid being tokens.

“I got really good feedback [afterwards],” she says. “I think I made people question things and see things a different way. My only goal is if I can make people think something a little bit differently, if I can pose a few challenging questions. I’m going to get a reaction out of you — I might upset you a little bit.”

As much as some would argue against it, sports and society indeed do mirror each other, especially on inclusion issues or lack thereof. A colorblind society is still eons away, because there are still too many who think that having an Only One on board is enough to show forward progress. But it is not enough.

Finally, whether a player, coach, or even a longtime reporter, being the Only One “does get old,” notes Jacobs.