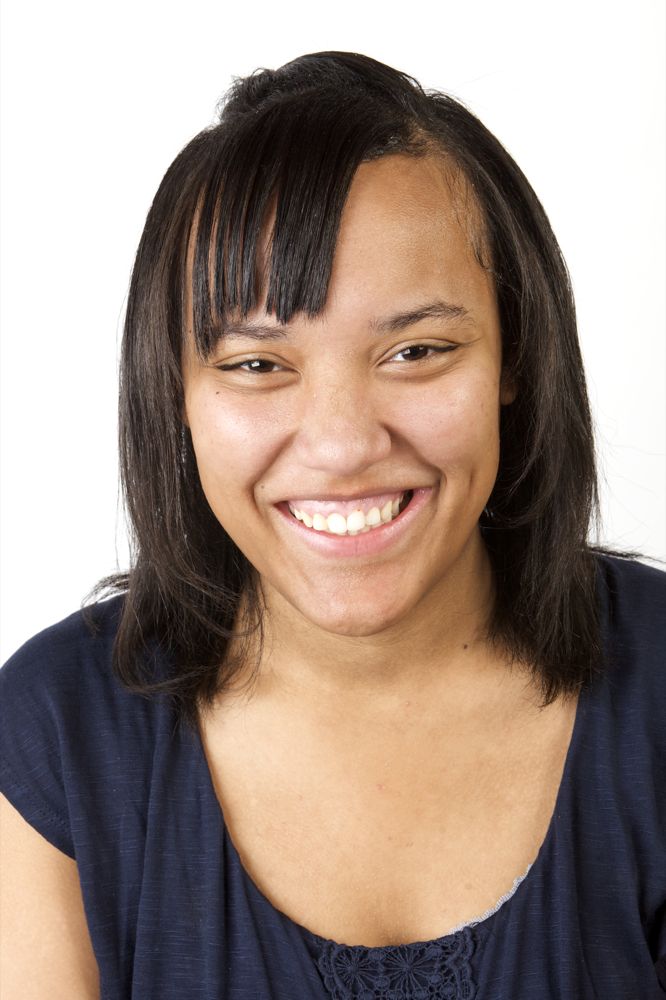 Seventeen-year- old Lashay Thompson, a senior at Highland Park High School in St. Paul is beating the odds, on track to graduate from high school and succeed in college despite enormous disadvantages. She endured abuse that resulted in her living in foster homes as a young child, lost her adoptive father in a car accident at a pre-adolescent age, lost her mother to cancer as a teenager and dealt with personal struggles throughout her life. Yet she goes forward in a courageous way.

Children’s Defense Fund-Minnesota will recognize Eduardo Sanchez Beltran, Lashay Thompson, Raymond Perez and Anne Sinner as the 2012 Beat the Odds winners on March 16. This is the 20th annual Beat the Odds celebration.

Thompson’s weekdays start at 4:00 a.m. when she wakes to prepare for her intern job at Cargill in the Information Technology (IT) department. She makes time in her schedule to drive and pick up two coworkers who intern with her. After working from 6-10 a.m., she leaves work and goes to school until 2:00 p.m., studying Anatomy, English and U.S. Government. On Saturdays and Sundays, she works as a cashier 10 hours each day at a local business.

Thompson said her day ends about 10:00 or 11:00 at night, and she manages her time during the day by prioritizing school work. She said Facebook and Twitter are boring, so they are not a distraction for her, although she has accounts with both. When it comes to technology, she said she prefers the “simplest way” of getting the job done, so she doesn’t necessarily use technology all the time.

After school, Thompson said she finds time to “go hang out” with her two best friends and sometimes with their friends. She said they usually eat, talk and work out. Thompson said she likes working out on the bicycle and treadmill at Jimmy Lee Recreation Center. Topics of interest lately include guys and the May 4 prom. Thompson says she’s wearing a light pink dress to her prom.

She said she likes listening to Drake and started singing the lyrics to one of his songs in the middle of our conversation. She said she likes all of Lil Wayne rap and Rick Ross’s song “Tats All Over My Arms.” Thompson said she doesn’t have any tattoos, “but I’m getting one today.” She said her horoscope is Taurus the bull, and she is getting a tattoo of it on her shoulder.

Growing up, Thompson said she enjoyed reading the Lemony Snicket: A Series of Unfortunate Events series. She said her favorite book is The Coldest Winter Ever by Sister Souljah: “It’s really a sad book, but it shows how hard people struggle…she died…in life you are not always going to win.”

Thompson said, “Always, no matter what you are going through, there are others who are doing worse, and you have to keep going forward.”

Moving forward for Thompson means getting her high school diploma and continuing her education at Clark Atlanta University, where she plans to major in communications and experience a “different place and something different—I don’t like doing the same things and being in the same places.”

Thompson describes one of the happiest moments in her life as, “when I had finished a [speech] I was giving for Genesys Works. It was about my life and how I’d personally broken through. When I was gone and walking back to my seat, this man looked me straight in the eyes and said, ‘You inspire me.’ Right then I knew exactly what I wanted to do with my life—motivational speaking.”

Thompson said she learned about her job as an IT intern at Cargill through the Genesys Works, a program, that trains eleventh graders in IT communications and offers them an internship in the twelfth grade.