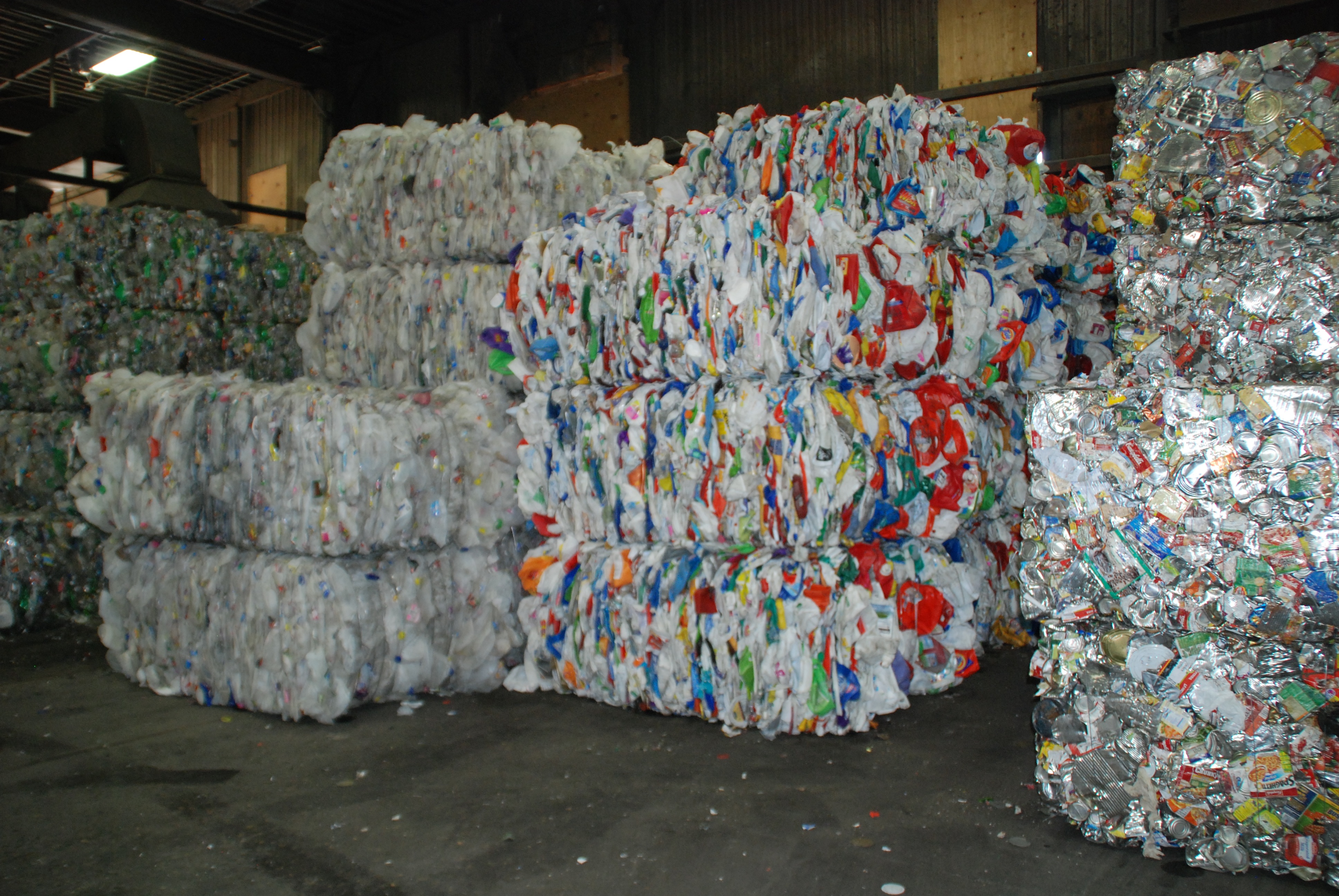 Bales at the recycling facility. (Photo by Anja Curiskis); Below: Three bins (Photo by Bruce Cochran)

This one-year pilot program, a collaboration between Minneapolis and Hennepin County, allows residents in the East Calhoun and Willard-Hay neighborhoods to commingle their recyclables in a single cart.  In late August, crews delivered 96-gallon carts with blue lids to every eligible address (single-family to four-plex) in the two neighborhoods.  At the same time, the crews removed the small blue and green bins that used to hold our pre-sorted recycling.  The same materials that have been accepted by the City can now be tossed into one cart, greatly simplifying the household task of recycling.

The program will enable Minneapolis and Hennepin County to evaluate whether the mixed system leads to a significant increase in recycling and a decrease in the amount of recyclables that we throw into the trash.  Waste sorts conducted at the beginning, middle and end of the program will provide exact measurements of how our habits change over the course of the year.  There will also be a financial analysis to project the cost of expanding this recycling system city-wide.  The outcome of the pilot will inform the Mayor and City Council as they develop strategies for reducing Minneapolis’ waste. 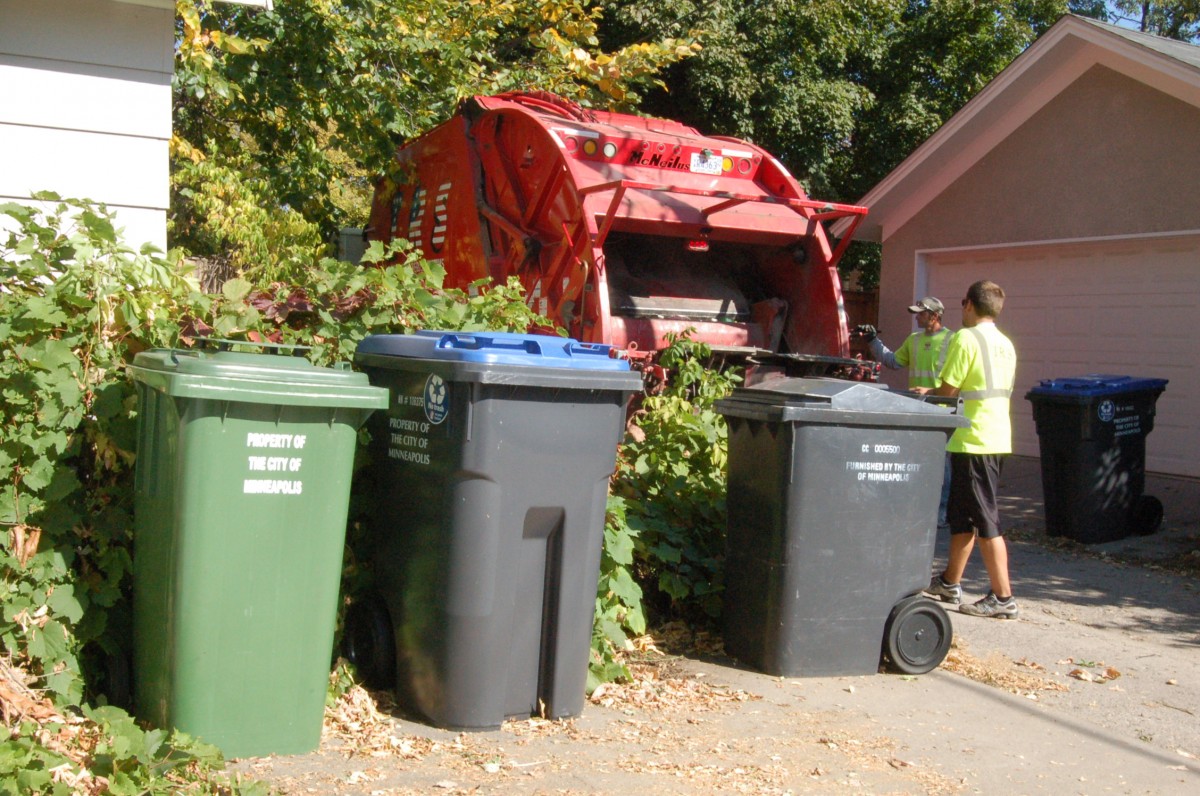 This particular MRF (Allied operates a second local facility in Inver Grove Heights) has been running since 2005.  It now operates at or above capacity, processing 18.5 tons of material per hour.  Outside the building, in-coming trucks tip their loads of mixed recycling into large bays, while inside the vast warehouse, elevated conveyor belts carry swiftly-moving rivers of materials in all directions.  The din of motors and breaking glass is engulfing.  According to manager Paul Wagner, the machines doing the sorting are 98% accurate.  We saw fewer than a dozen workers manually sorting the remaining 2%.

Initially, fans and vacuums separate fibers (mixed paper) from containers (glass, plastic and cans).  Paper diverges further into corrugated cardboard, newsprint, office paper and magazines.  Machines use magnets, gravity and scanners to sort the containers according to material – aluminum, steel, glass and plastic.  Each material stream eventually falls through a chute to a chamber on the floor below, where bobcats transport the material to a baling station.  Glass gets trucked to one of two local plants that utilize optical scanners to sort it by color – clear, green and brown.

Wagner walked us to one end of the building to show off neatly-stacked bales of crushed cans, flattened white plastic bottles, clear and colored plastic, newspapers, cardboard and office paper.  Each material is sold to brokers.  Aluminum brings the highest price:  a 900-pound bale sells for as much as $700.

As it arrives at the MRF, East Calhoun’s mixed recycling gets blended with recycling collected from schools, businesses and suburbs.  Minneapolis’ pre-sorted recycling, which also comes to this facility, can bypass the conveyor belts and proceed directly to the baling area.

According to Paul Wagner, Allied is focused on the bottom line:  “There’s money to be made” from our recycling, which comprises valuable commodities.  If we do our part at home to get recyclables out of the trash and into the recycling cart, Allied will no doubt hold up its end of the bargain.

Sarah Sponheim lives in the East Calhoun neighborhood with her family, serves on the ECCO Board and is Chair of Waste Watchers.