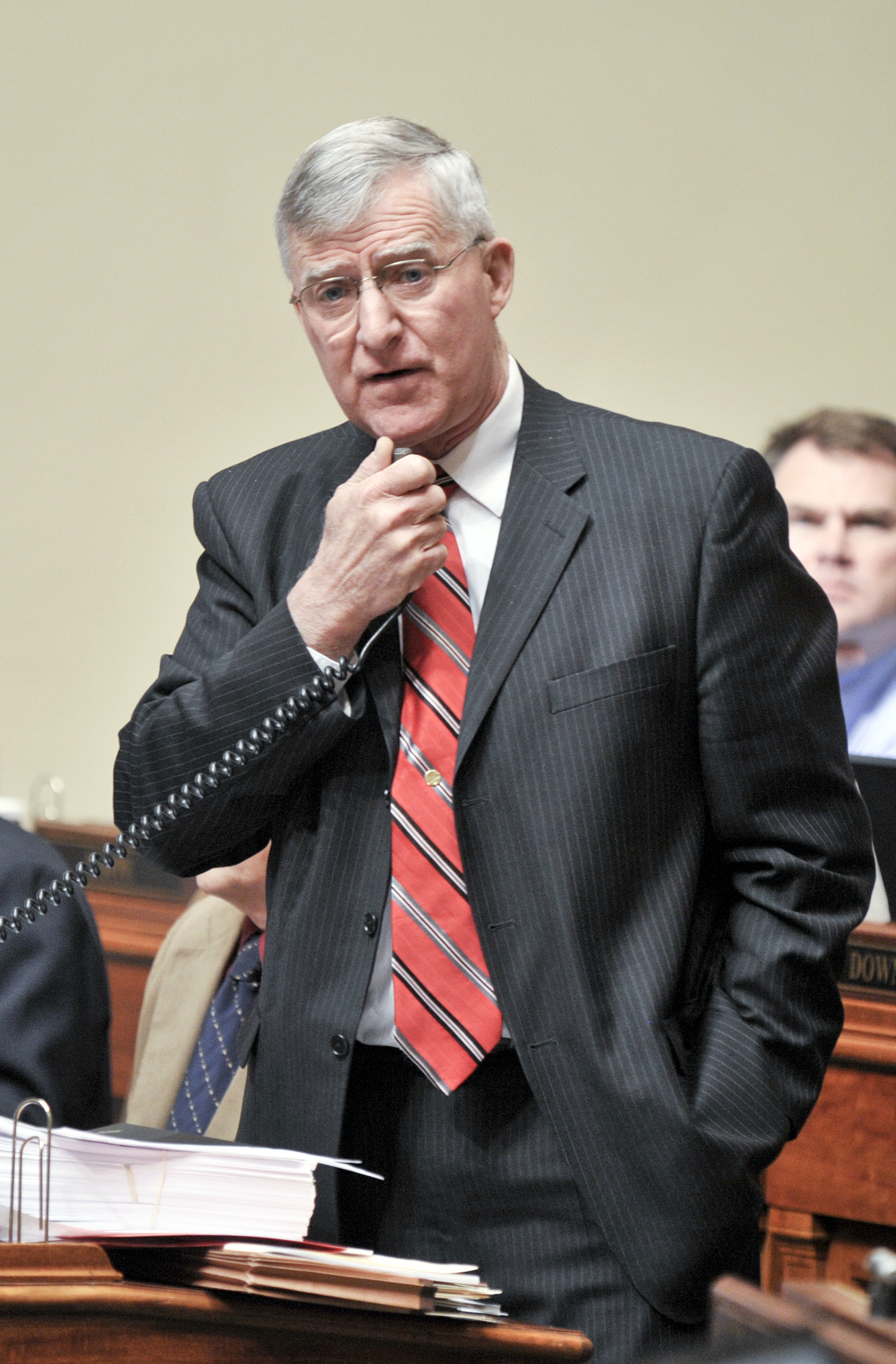 As chairman of the House Veterans Services Division, Anderson is a strong advocate for military members. (Photo by Tom Olmscheid)

Four House Republicans share the last name Anderson. Next year the House will lose “Anderson, B.,” but Rep. Bruce Anderson (R-Buffalo Township) hopes to add his name to the Senate rolls. He’s running for the District 19 seat currently held by Sen. Amy Koch, who is not seeking re-election.

That wasn’t his plan. He’s represented District 19A for 18 years, and his goal was to step down after 20 years, which he thought was “a good round number.” But a higher power has other plans, he said.

“God always says, ‘My ways are not your ways.’”

That became clear to him years ago and he has been reminded often whether in or out of public office.

For example, he always thought he’d inherit the family dairy farm. But he joined the U.S. Navy and was assigned to work on aviation electronics in Norfolk, Va., which is where he met his first wife, Dottie. Her father was a retired Army major who served in President Lyndon Johnson’s administration. After growing up with a father in government, she didn’t want her husband involved, too. That all changed when federal legislation was introduced that would have required the removal of religious symbols in Dottie’s home day care business. Although the law was vetoed, she urged her husband to get more involved. He ran unsuccessfully for Congress, and then he was tapped to run for a state House seat.

He was reminded again that things don’t always go his way after the birth of their twin daughters. One of the girls was diagnosed with cerebral palsy and was not expected to live.

“We had pulled life support and were allowed to stay at the hospital overnight. The next day she was breathing on her own. The doctors said, ‘We don’t understand.’” She’s now in her 30s.

Anderson’s faith was tested again when Dottie died from cancer. He is now remarried to Ruth, who works with children with special needs.

Former Gov. Arne Carlson acknowledged Anderson’s experience raising a child with disabilities and appointed him to the Governor’s Council for People with Disabilities.

His first bill was a “sunshine” bill that asked state agencies to show how they spend taxpayer money, which went nowhere because he was a member of the minority party at the time and the bill wasn’t given the necessary hearings. But he learned from Rep. Phyllis Kahn (DFL-Mpls) to “never throw away a bill you think is good.” He’s glad to see recent legislation passed to require more transparency in state government, even if he isn’t the bill’s sponsor.

As one of the senior members of the Legislature, he’s thankful for the positive relationships he’s built within his party and across the aisle.

To his successor, he said the person should “put a lot of trust in the Lord.” In addition, he offers the advice he received from his grandfather, who said there’s a reason God gave him two ears and only one mouth.

“People want to hear themselves talk, so you need to be the sounding board and that’s what you’re there for — to serve the people,” he said.

In the future, he wants to work toward “people running the government, not the government running people.” He said it used to be that private companies such as Honeywell, 3M and IBM were the top job providers, but now it’s the state and federal governments, and the university system.

“Let’s reverse the situation and bring back some private sector jobs,” he said.

As chairman of the House Veterans Services Division, Anderson is a strong advocate for military members. He’s most proud of a bill he sponsored to mandate that school children say the Pledge of Allegiance at least once a week.

“It may not have been monumental legislation, but I wanted to let younger people know this is a great country.”