Children stroked a baby steer in the Miracle of Birth Center on Friday, Sept. 3. Photos by Karen Hollish.

Born at 11 a.m. on Thursday, Aug. 26, Princess Kay Katie burst into the Minnesota State Fair’s Miracle of Birth Center amid a torrent of stunned onlookers, proud fanfare and bodily fluids.

By the following Saturday, the 2010 State Fair’s esteemed First Calf had acquired a private stall, chipper attendant and personalized signage.

Her week of fame, and the surrounding plethora of birth and baby animals throughout the center, mark a small and somewhat bittersweet annual comeback for farm animals like her, below. The event forces diners to put down their meatballs on a stick and look look face-to-face with their food sources, who generally go about their business of becoming our suppers in a deferential, non-threatening and largely unseen way. 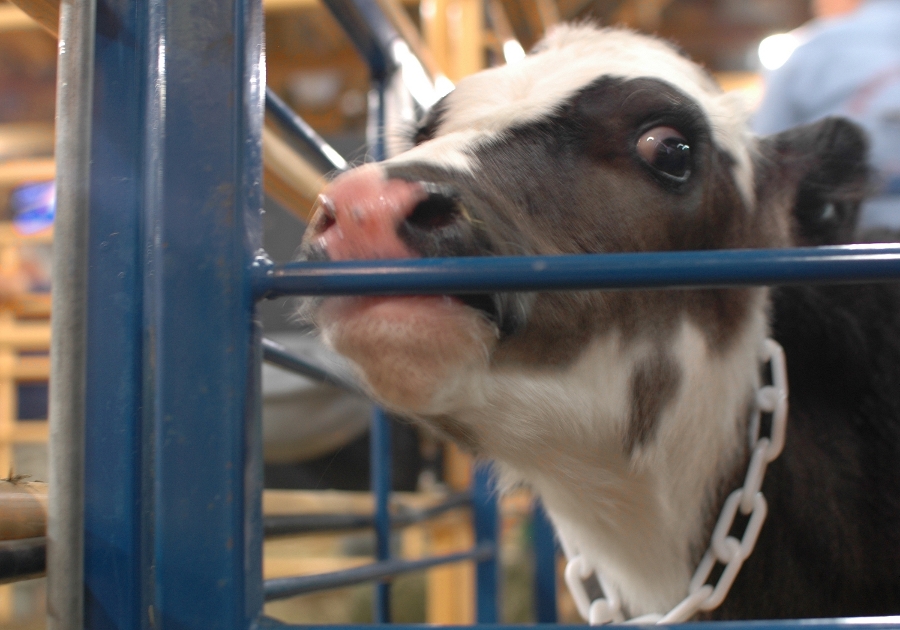 Neaton and a team of other doctors staff the Birthing Center all night, maintaining a popular log of who emerges and when.

The piglets were an especially popular attraction on Saturday, Aug. 28. Doctor Gregory Bartz of Sleepy Eye, Minn., patiently answered a stream of similar questions — How old is he? (Less than a day!) How many were there? (A dozen!) Will their mom’s large girth really crush them if she rolls over? (Yes!) — while holding a good-tempered little guy out for children to stroke.

While pigs and cows can make babies all year round, sheep run on a more select sexual time line. Their fertility has to be manipulated in order for them to birth at the fair, said Dr. Neaton, who’s been donating her sheep to the Birth Center experiment since it started ten years ago.

After their five-day tour of duty at the fair, the little lambs will go back to their farm, where they will live for about six months until they are slaughtered, Neaton said.

Day-old white leghorns, kept warm by a heat lamp, put a face on where our nuggets, sandwiches and eggs come from. And back at the pig zone, a new bunch of brothers and sisters suckled fervently, eliciting “oohs” and “aahs” from onlookers.

As I got ready to catch my bus back to downtown Minneapolis, I carefully picked out what would be my single fair-food indulgence: a Scotch egg with horseradish sauce.

As I sucked down the concoction — an egg wrapped in sausage dipped in breading and fried — I remembered something that, in our era of often-complete disconnection from our food sources, can be so easy to forget.

That tasty snack came from a small vulnerable creature who once had a family, face and — in the case of Princess Kay Katie — a name. 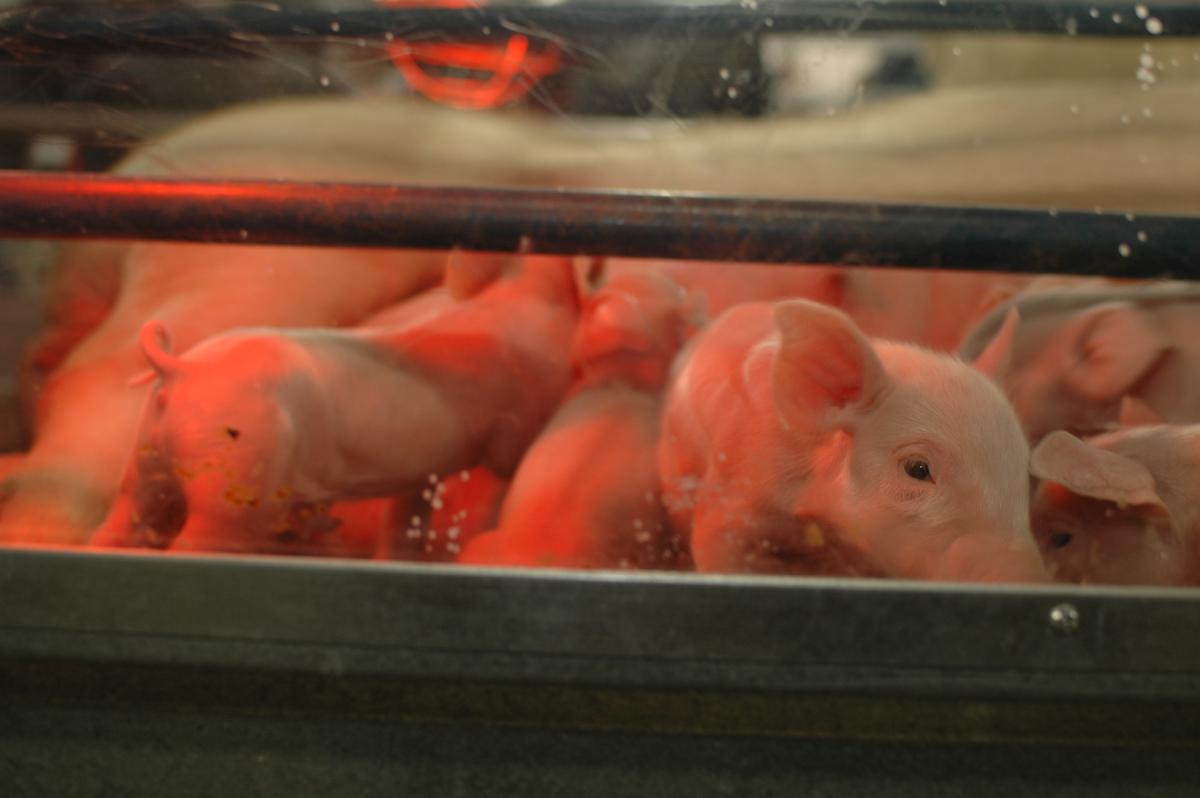