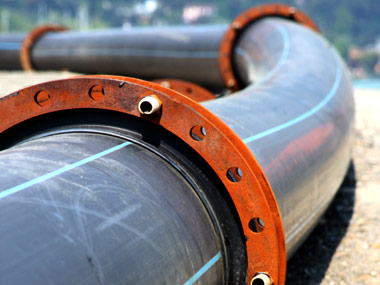 Although our plains, prairies, and forests are free of fossil fuel deposits, Minnesota is plugged into world’s oil industry.

We’ve highlighted many times how our valuable sand, much of it buried in southeastern Minnesota’s bluffs, is transported across the state to the North Dakota fields, where the Bakken formation is ground zero for the majority of Midwest fracking.

In addition, several pipelines running through Minnesota transport oil from Canada and North Dakota to refineries, markets, and export hubs elsewhere in the country. Some of these systems have existed for over 60 years, with continuous expansion over the decades and no signs of slowing now thanks to our western neighbor.

One of the main companies already expanding pipeline operations around the country is Enbridge Energy, which owns a major pumping station hub in Clearbrook, MN and many of the lines running across northern Minnesota from the North Dakota and Canadian borders to Superior, WI. As demand surpasses pipeline capacity at the Clearbrook station bottleneck, Enbridge and other companies will look to lay more pipeline across northern Minnesota.

According to a 2009 study, Minnesota gets over 80% of the oil we use from the Canadian tar sand fields, and if you buy gasoline in the Upper Midwest chances are it came from Canada. This isn’t the build-a-well-and-pump-out-the-oil type of extraction we relate to Texas and Oklahoma. Tar sands crude oil requires removal of the entire layer of earth in which it resides, followed by energy and chemical-intensive processes to separate the oil from everything else.

Also, Enbridge Energy has been at the center of two significant oil spills in Michigan and Wisconsin in recent years, prompting ridicule from federal regulators regarding pervasive organizational failures within the company, as well as weak federal regulations, and a delayed re-opening of the pipeline after the spill. The Michigan spill released roughly 20,000 barrels of oil into a Kalamazoo River tributary, and both spills are part of the same Lakehead Pipeline System running through northern Minnesota.

We may not have the economic, environmental and job-creation debates that play out in states with fossil fuel resources waiting for extraction. But with increasingly valuable sand deposits, refineries located outside the Twin Cities, and pipelines carrying crude oil to our own state’s markets as well as others, Minnesota is not immune to the impacts of extracting and transporting oil and gas.