Last April, when Karen Good of Red Lake Rosie’s Rescue sent an email to local animal groups detailing the grim circumstances Leech Lake dogs faced, the outlook was bleak. The reservation’s animal impound lot only had 10 small kennels with unsanitary conditions, no outdoor space and no daylight. And, as a rule, when an 11th stray would come in, the animal control officer reluctantly would make space for the new occupant by euthanizing the dog that had been there the longest. There were too many dogs, and they were in bad shape. 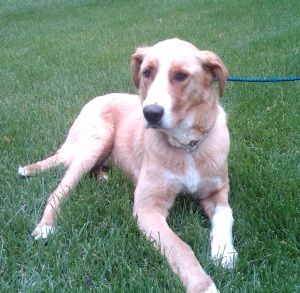 Left: Boots came from Leech Lake with a badly broken pelvic bone. AHS performed surgery on the injury and he was placed in a foster home to heal and recover for eight weeks. He was adopted within hours of being put up on the AHS adoption floor.

In response to Karen’s email, Jenny Fitzer stepped up to the plate and organized a group to transport six dogs from Leech Lake to the Twin Cities. But the local rescue and foster groups were all full—no one could take them. That’s when Marilou Chanrasmi, who sits on Pet Haven’s board, fosters with Act V Rescue & Rehabilitation and is a liaison with Minnesota Partnership for Animal Welfare (MnPAW), suggested that they at least bring the dogs to the Animal Humane Society (AHS) and see if they could get them adopted. Marilou called Kathie Johnson, of MnPaw and AHS, who talked to her boss, AHS COO Ray Aboyan, who was supportive of the idea. “We’ll figure things out as we go,” Marilou remembers thinking at the time. And through that combination of acronyms and kind-hearted people working together, the Leech Lake Legacy project was born.

Though they’re still “fine-tuning the process,” the group has relocated more than 165 dogs and cats from the Leech Lake reservation to the Twin Cities, where they are given a second chance at finding loving homes.

Basically, the Leech Lake Legacy project works within a network of local rescues, shelters, foster groups, veterinarians and animal-related businesses. When a dog from the reservation is not suitable to be adopted through AHS, they call the MnPaw network and try to get them into the foster system or another shelter. They preform surgeries on dogs with broken legs, clean up dogs with mange and eye infections, and vaccinate, spay and neuter animals. Act V Rescue’s vet provides medical care for the extremely hard-luck cases, and Lucky Dog Pet Lodge has fostered and helped with the placement of two Leech Lake dogs when no other lodging was available for the animals. A team of volunteers has signed up to help with transportation to and from the reservation every weekend. Leech Lake Legacy also tackles the problem at its origin—last month, Northland Spay and Neuter held a spay/neuter clinic in Leech Lake: They loaded a bus with unaltered dogs, took them to Duluth for the surgeries, then bussed them back to the reservation. In March 2012, a two-day clinic (funded by Pet Haven’s fall benefit) is planned.

Right: Rez came in at the end of August with 12 other puppies. He was only three weeks old and was still trying to nurse when he arrived. 10 of the puppies ended up being placed through AHS and three of the 13 puppies were placed in a foster home through Act V. Rez was extremely weak, stopped eating and was near death when Dr. Vicki of Act V took him into her home, tube-fed him and nursed him back to health. He has since been adopted and has turned into a healthy, happy puppy!

“Our vision for the effort is it helps when you’ve got a specific community in need to pull together; it’s working with the locals, and finding out ‘how do we engage the community through education?’” Marilou says. “It’s not pointing fingers, it’s finding out our respective strengths.”

Marilou continues, “At Leech Lake, my viewpoint is we also have to try to understand the culture…There are too many animals; they aren’t being spayed and neutered, and when you think about how quickly one animal can multiply when wandering around … We find puppies tied to trees … ” she trails off.  “They want our help; the reservation has been incredibly receptive to our help.” 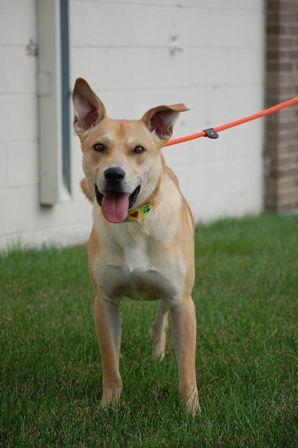 Left: Jake was taken into Pet Haven’s foster program, but because there was no open foster home, Lucky Dog Pet Lodge agreed to foster him. He was adopted within two weeks by a Lucky Dog client’s family.

Leech Lake Legacy isn’t limiting their scope, however. The group is working on building a general rescue model that can be replicated in other impoverished areas. “My philosophy is an animal in need is an animal in need—it doesn’t matter where they are,” says Marilou.

Leech Lake Legacy is proof that when committed people share a common goal, they can empower change. Currently the group can use volunteers for transportation; funding; and donations of crates, kennels, food and toys (these are some bored puppies—they need stimulation!) For more information on what you can do, visit the Leech Lake Legacy blog.

Which wonderful groups are involved in this project?