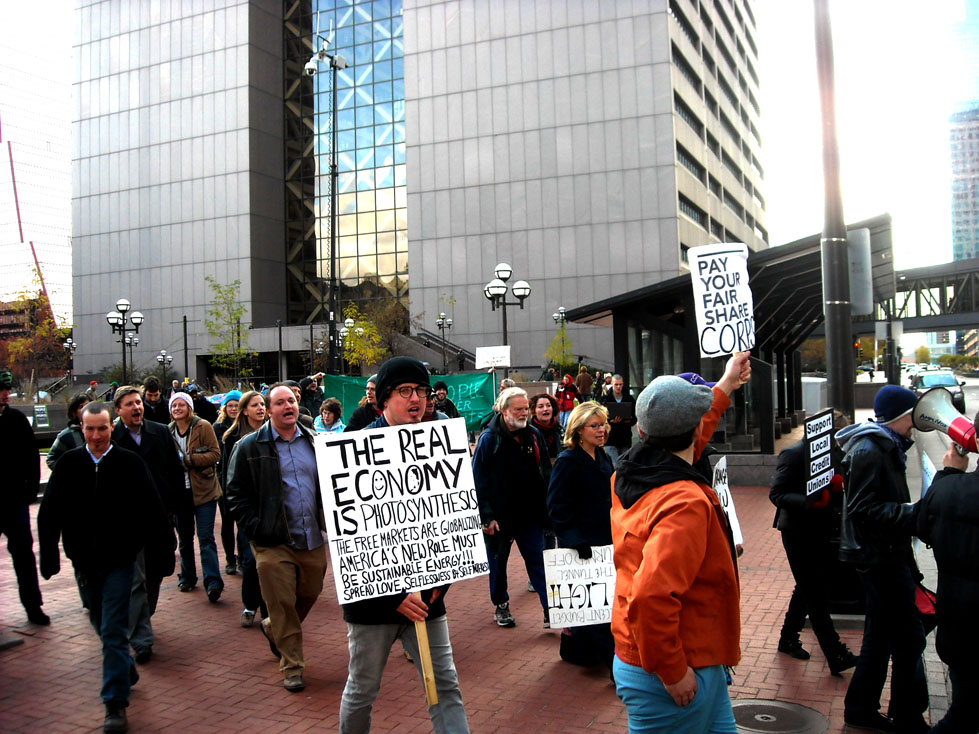 Occupy MN protesters delayed their original plan, to close their bank accounts at U.S. Bank on October 26, after they received news that the bank had given in to one of their demands earlier that morning, but they still marched on the bank. The demand involved Ruth Murman, a woman going through foreclosure.  U.S. Bank and GMAC agreed to give Murman an extra two weeks to vacate her house.

Ruth Murman has lived in her home in Plymouth for five years, along with her 79-year-old father, a disabled Korean War veteran. According to Murman’s attorney, Zach Crain of Moore Costello & Hart, the redemption period for Murman’s home ended September 18.

The confusion started when Murman received her first notice after her redemption period ended. “I received a notice on the door that they needed to know who was living there and what the plans were,” recalled Murman. “I called and talked to a gal named Jen Crockett. She asked our situation and I said we really need about 45 days to be out.”

Although Jennifer Crocket was the contact name on the notice, Crockett didn’t work directly for U.S. Bank. She works for Keller Williams Realty, which had been handling Murman’s foreclosure as a third party for GMAC, and it was through Crockett that Murman received information about her foreclosure situation.

Crockett sympathized with the situation, according to Murman, and told her she’d contact U.S. Bank and let her know if there was anything else Murman needed to know or do — but that was the only time she heard from Crockett. 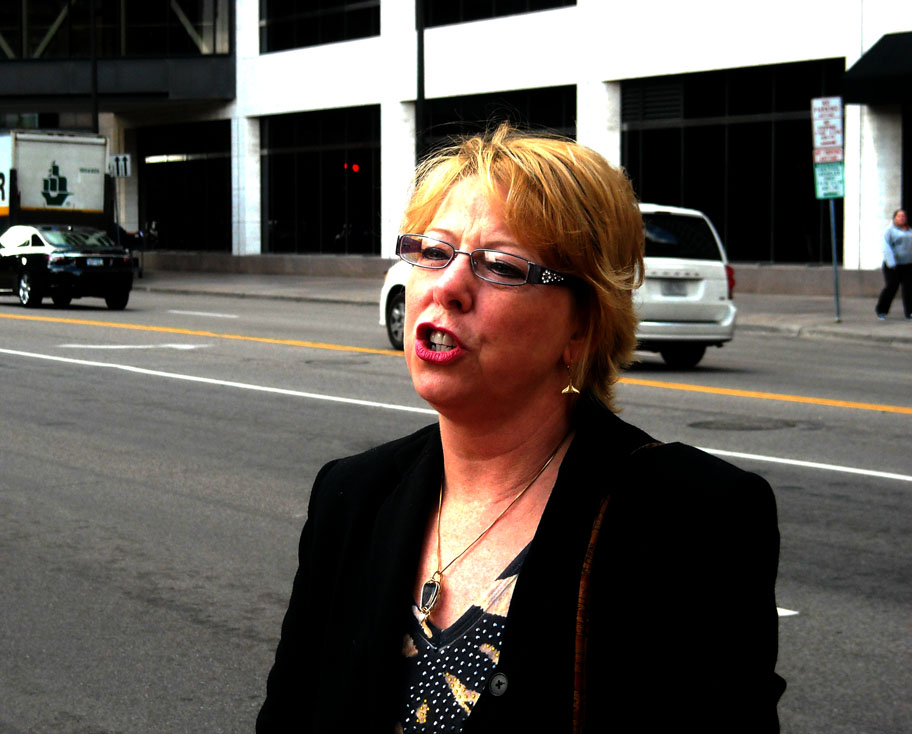 “The next thing I know, I have an eviction summons from U.S. Bank and a hearing [date],” said Murman. She said she received the eviction summons on October 4, a month before she had been expecting it.

Under Murman’s original understanding of the situation, she had until November 15 to leave her house, which was 45 days from the time she last spoke with Crockett. U.S. Bank and GMAC, however, continued on their original schedule, asking Murman to leave by sometime around October 12.

Murman and her lawyer fought it and she was given until October 31 to leave, “which was still ridiculous,” said Murman. “I mean there was still no way to do it.”

Murman runs a small business in Minnetonka called Auntie Ruth’s Animal Care and Wellness Center, where, because of the economic crisis and its impact on her business, she hasn’t taken a paycheck in three years. Between running the business, her financial situation and taking care of her father, Murman found it unreasonable for the bank to ask her to move out earlier than November 15.

After the redemption period ended, the bank had no legal obligations to grant Murman’s requests for extensions of time to stay in the house. However, Occupy MN organizers believed that ethically the bank should be held responsible when their customers are facing financial trouble such as Murman’s.

“I feel that U.S. Bank is not representing the interests of its customers, of Americans, or anyone else,” declared a speaker at the rally on Wednesday afternoon before the march, “I’m here to say we can do a moratorium on foreclosures and stop lining the pockets of [US Bank] CEOs and the top people at U.S. Bank.”

The additional two weeks U.S. Bank agreed to give Murman Wednesday morning was seen as a huge victory by Occupy protesters and Murman alike, as this brought her move-out date to November 15, allowing her the time she needed to make proper arrangements. According to Murman, it was no longer than two hours after Occupy MN put up a video about Murman’s situation and called U.S. Bank CEO, Richard Davis, that Murman received calls from the bank, informing her about their change of heart.

Murman is now currently negotiating terms with the bank over receiving help with moving costs, in exchange for leaving the property in a clean condition.