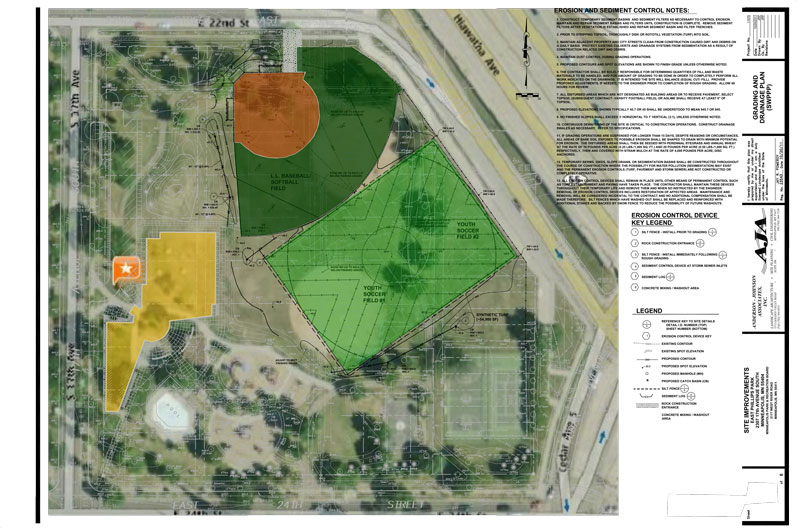 The park will soon feature two new youth-sized synthetic turf soccer fields (which when played full length will be 93% of a full size field – an exhausting thought) and a baseball/softball diamond with dugouts. Completion of the soccer fields is scheduled for this fall while the baseball/softball diamond will be ready for play in the fall of 2013. 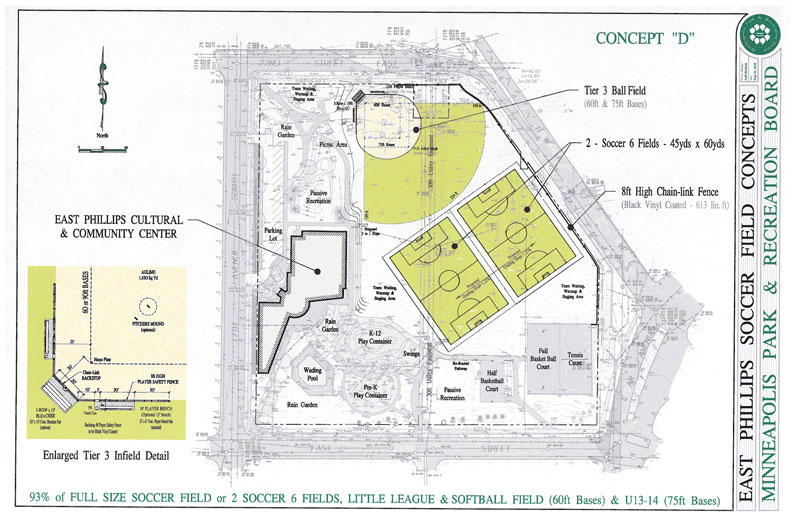 The new fields are funded through a 2009 Hennepin Youth Sports Program grant of $150,000 and $50,000 from East Phillips Improvement Coalition (EPIC)/Neighborhood Revitalization Program (NRP), with the remaining $550,000 provided by the Minneapolis Park & Recreation Board (MPRB).

In his comments at the ceremony, MPRB Commissioner Vreeland said, “Today not only do we have a great building, but we are now able to match the quality of the building with some of the best fields in our park system. These new fields are an example where the community, the county, CenterPoint Energy and my colleagues on the Park Board have really stepped to the plate and scored a goal” (Vreeland words as quoted in MPRB Press Release). [Note: Vreeland’s chumorously clever use of mixed metaphors when describing the mixed use athletic fields. Editor]

Neighborhood youth (of all ages) are thrilled to be able to play on quality fields in their own neighborhood rather than the gravel and broken glass they are replacing.