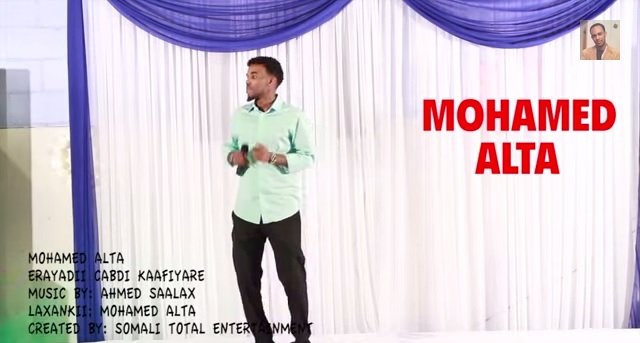 Iggers Digest is where I usually blog about food and restaurants, but I have decided that I want to expand my horizons, and occasionally take on other topics – like cool things I discover around the Twin Cities, or maybe even my musings about journalism ethics.

So this week, just as an experiment, I am going to post a music video by a local ethnic or immigrant artist or group every day until I run out of artists to feature. The first few days will be easy, because the Cedar Cultural Center is featuring local Somali performers as part of its 6th annual Global Roots festival, this Monday through Wednesday, September 15-17. (Tickets are free, but reservations are required via Eventbrite.)

On Monday, Twin Cities Somali singer and songwriter Mohamed Alta will be performing an intermission set in collabortion with South American folk band Alma Andina. (The headliners are Argentine singer La Yegros with Banda Magda.) I don’t know much about Mohamed Alta, except what it says on the Cedar Cultural Center’s website: he performs locally at Somali weddings and parties, and he recently released a new album, Hoobaan. Here’s a YouTube video featuring Mohamed Alta, posted by Liibaan Jama of Liibaan Studios. Have a listen: