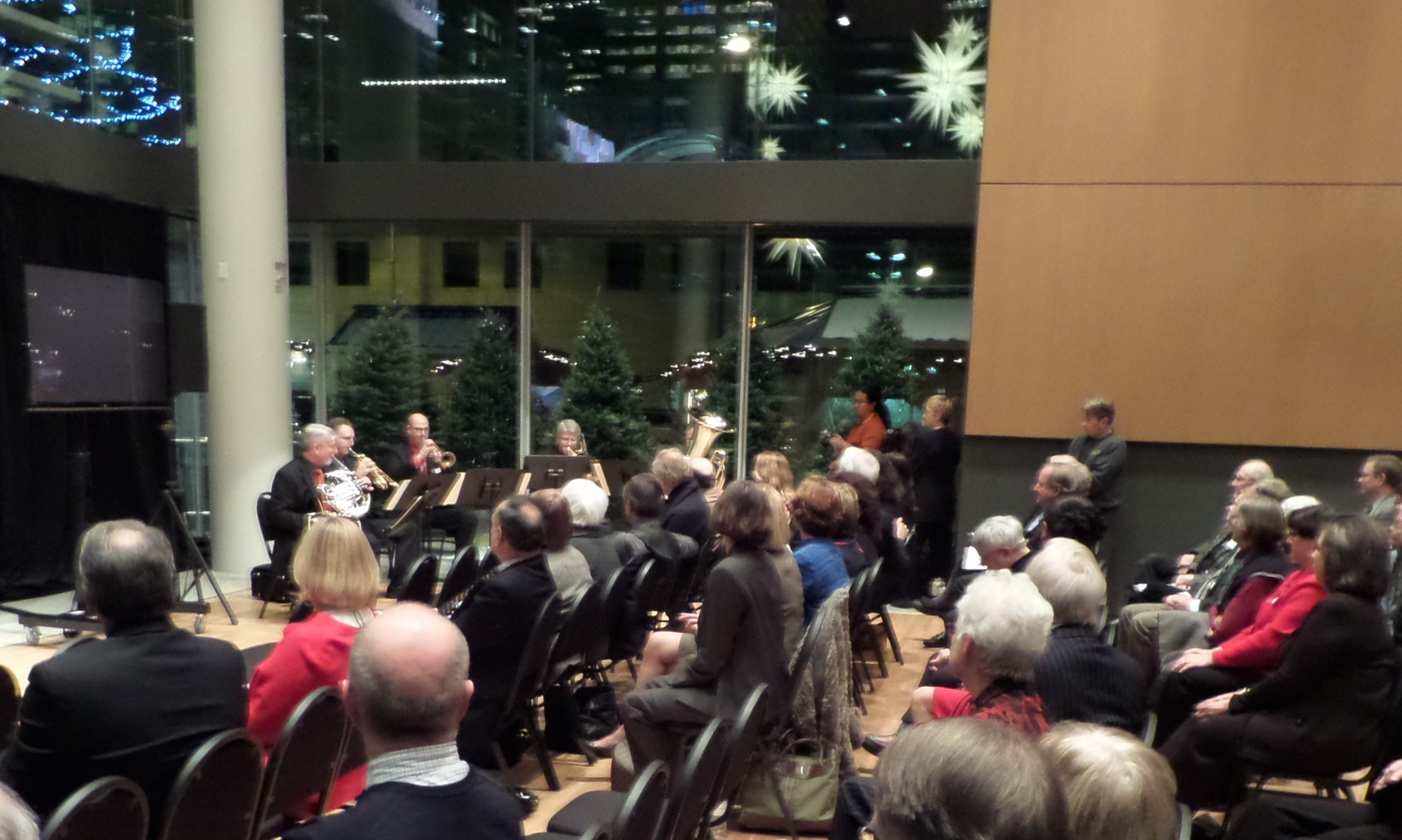 Pre-note, side comment, and recommendation: In light of current events it seems almost superfluous to write about a meeting of the Board of the Minnesota Orchestra. There is a great deal happening on the national scene, most recently the non-indictment of the policeman involved in the death of Eric Garner on Staten Island and Ferguson, Mo and spreading unrest around injustice. And all signs suggest that the U.S. Congress will be even more dysfunctional and confrontational with President Obama in 2015 than it is now, attempting its own power play with no good ahead for our country.

We are a country at war within ourselves. Still, a few words about an Orchestra organization trying to heal after one of the worst lockouts in American labor history seems worthy of some time.

On the national scene, the best daily source I have found, (6 days a week), summarizing major contemporary national and international issues of the previous day and offering intelligent comment, is a blog called Just Above Sunset, published by a retired guy in Los Angeles, Alan, whose brief bio is at the end of each post. Today’s post is about the Eric Garner situation. Here, here, here and here are links to a couple of others. Subscription is free. It silently finds its way to my e-mail at about 2 a.m. most days. My personal bias is clearly articulated at right on this blog.

Personally, I’ve never been a quitter, though sometimes, like now, I feel whipped as an ordinary citizen. It is not a constructive attitute.

It was good to listen in on the Orchestra Board meeting Tuesday night, and maybe there is some hope. But as with everything, its up to me, and to you, to get anything useful accomplished.

Tuesday night I dropped in on the public meeting of the Minnesota Orchestral Association Board at Orchestra Hall. The Minneapolis Star-Tribune has a good summary of the one hour session which, apparently, included about 150 of us, only a couple who asked questions.

I came to listen, and took the photo at beginning of this post of a brass quintet of Orchestra members. For those interested, here is most of the 2014 Annual Report: MN Orch Ann Report 2014001

At Tuesday’s meeting, you would have to have been an “inside baseball” type to gather that between October, 2012, and February, 2014, there had been a bitter and near fatal dispute between the Orchestral Association and its Musicians, and ultimately, Music Director Osmo Vanska, with the Audience as unseen bit players off on the side somewhere, though I would guess that everyone of us in the room knew full-well what had transpired over that long period of time.

My “filing cabinet” of that dispute is here.

We are one of those ordinary people with more-than-ordinary interest in the short and long-term success of the Orchestra. For example, after the meeting, I met my daughter and 14 year old grandson, Ted, in the lobby. He’s a music guy at his high school, especially interested in Jazz, and I wanted them to have a chance to see Wynton Marsalis and Ensemble from Lincoln Center that same day, best tickets available. It will likely be a long-time memory for Ted.

My guess is that we’ll lay out about $1000 for assorted things at Orchestra Hall this first full season back – for us, it is affordable, but noticeable in our circumstances. There are endless other entreaties for contributions from other worthy agencies. The well is only so deep.

As I sat, listening Tuesday afternoon, I kept thinking that the real dilemma for the Orchestral Association Board is to truly come to understand who we in the seats, the audience, really are, and how we can best participate in the Orchestra’s long-term success.

And it will be a difficult task.

Those who are the Orchestral Association Board are, I would guess, from a very comfortable economic class, well connected in the upper echelons of business and society, and influential in their circles. Indeed, this is a main reason they are appointed to this board: they not only have a passion for the music, but have both money and access to other important sources of money and power. The rest of us (once well described to me by head of a major twin cities Charity as “the poor ones”) don’t bring enough “value added” to effectively serve on such a Board, much less be listened to.

So, the only “power” the general audience possesses is whether we enter the doors or not, and keep this magnificent institution, this legacy of past benefactors, in business. It behooves the people on the Board to know us very, very well, and to talk with and about us as equals – not an easy task.

The big money is very important, granted, but it is people like ourselves who must fill the seats long term, and who must choose where to spend our discretionary income (if we’re lucky enough to have that).

The way this Orchestra (and most similar large cultural institutions everywhere) are structured, the sole responsibility for understanding the common folks in the seats rests with the uncommon folks who sit on the Orchestra Board and cannot really understand less privileged realities. And that $10,000,000 donor on any given night can occupy only a single seat as can I….

Put another way: Money most certainly talks, but that doesn’t mean it understands; to paraphrase the liquor ad, “with great privilege comes great responsibility”….

Understanding those of us come to the hall will help bring long term success. Without such understanding, long term recovery will be difficult. 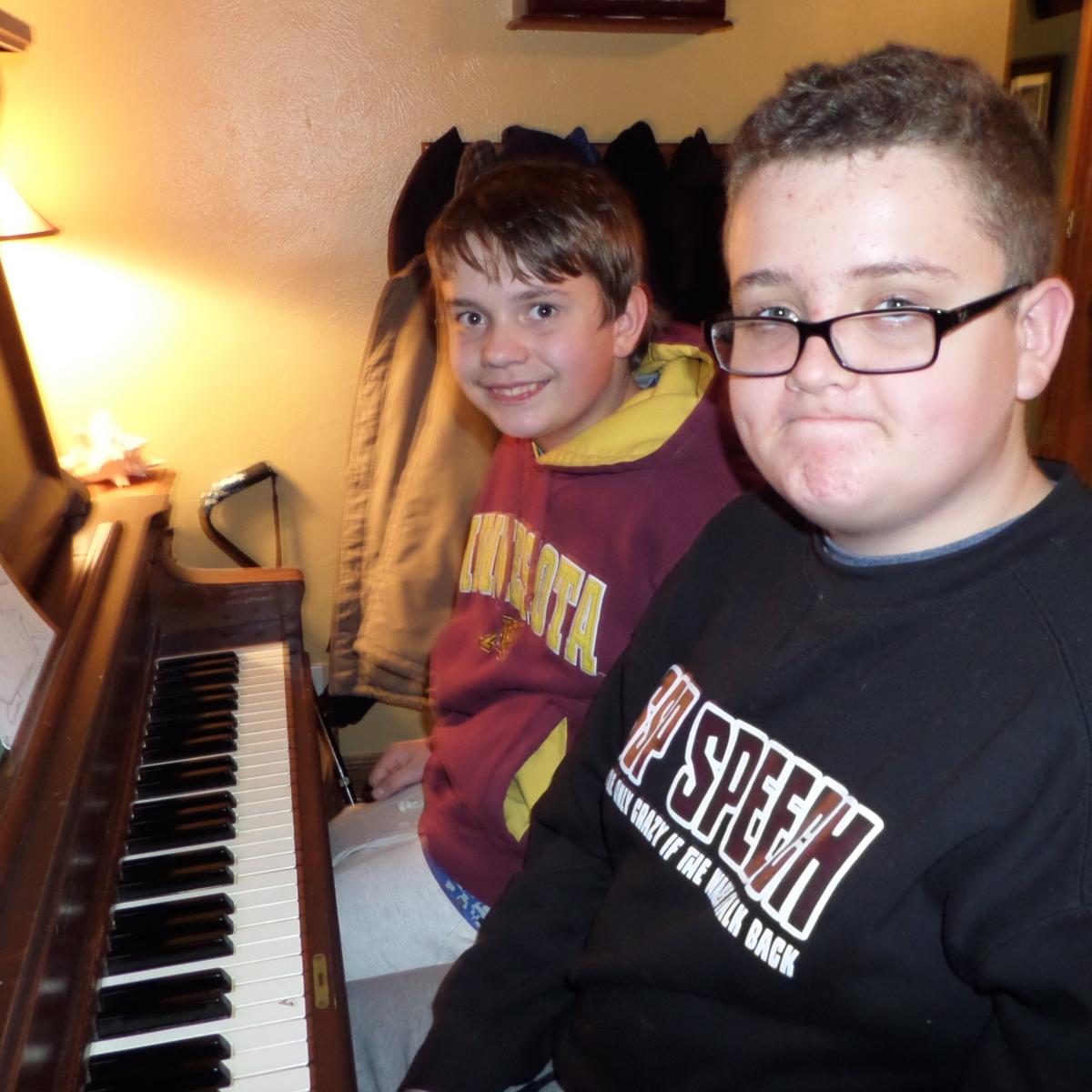 Grandson Ted at right, Grandson and Ted/s cousin, baseball guy Parker, at center, Nov 29, 2014. Both Ted and Parker’s Moms were good at piano.