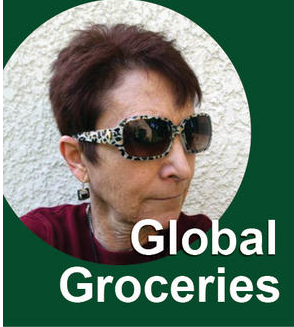 Awards for the MN Cup’s food, agriculture and beverage division were presented Feb. 5, at the Green Acres Event Center in Eden Prairie. The 11-year old statewide contest for entrepreneurs is the largest statewide new venture competition in the country. The food division of the Cup competition is the newest, only in its second year.

But, the winner of the top prize wasn’t any of these. Trovita Health Science’s ENU,  a ready-to-drink complete nutritional shake took home the $30,000. ENU is a high protein, high calorie drink, launched a year ago, created for cancer patients and others with malnutrition for whom maintaining a healthy weight is difficult. “This is a health drink that you don’t use if you want to lose weight,” said William Brown, the company’s CEO. “You use it to gain weight.”

Brown told the audience how one cancer patient who’d lost about 70 lb. because of his disease, managed to put on enough weight to qualify for a clinical trial, prolonging his life. The health shake is served at cancer centers and a growing number of supermarkets around the country.

“Our company is honored to have been chosen as the category winner with so many great ideas being presented at this year’s competition,” he said.

To find the winner, judges analyzed 52 initial proposals, narrowing them down to 10 companies. Last August, finalists were given three minutes to present their pitches in a ‘pitch slam’ in from of an audience filled with fellow entrepreneurs, industry mentors and sponsors. Runners-up were the Locally Laid Egg Company, winning $5,000 and Punk Rawk Labs, the third place winner and makers of meat-free, dairy free, gluten-free, sugar-free nut milk cheeses.

Locally Laid Egg Company is a St. Louis County chicken and egg farm run by Lucie Amundsen and her husband Jason, who hope to change the way eggs are produced. They want to lead a movement that takes egg production from factory farms with hundreds of crowded cages, to middle-sized farms with pasture-raised chickens and local distribution. Their flocks are three percent of those at factory farms. “We’re convinced that a happier, healthier bird lays a better egg,” Amundsen.

Last month, one of Locally Laid’s blog posts went viral when the egg producer received a hand-written letter complaining about their name, calling it ‘extremely offensive’ and protesting “your sexual innuendos in advertising.” The letter writer promised to “share this message with the owners of the grocery store,” and with friends.

“Here’s why we named our company Locally Laid,” she explained. “First off, it’s completely demonstrative of what we are. We are the first pasture-raised egg company in the Upper Midwest providing you with eggs which are laid locally.”

“Locally Laid is directly challenging the egg industry status quo. We move fences all spring, summer and fall, and fill waterers and feeders; it’s incredibly demanding work to get birds out of doors,” she said. “However, we believe it’s worth it. Hens that forage and exercise on fresh pasture lay eggs with less fat and cholesterol and stronger yolk integrity.”

Amundsen admitted that the name pushed the envelope but pointed out that the double entendre breaks through the clutter of food advertising. “Would you have learned all this if we were named Amundsen Farms?” The farmers also produced a commercial, making light of their name and spotlighting their hens. Punk Rawk Labs call themselves ‘an ongoing experiment in optimal health,’ specializing in what they call ‘living cuisine.’ Founder Alissa Barthel and her business and food partner, Julie Wellman. Barthel started her company after suffering a series of serious illnesses and says that natural and unprocessed foods – a cuisine of fruits, vegetables, nuts, seeds and sprouts – can help people become healthier. Their ‘lab’ (their kitchen) in the Corcoran neighborhood of South Minneapolis currently produces three nut cheeses (cashew, macadamia and a cashew/macadamia mix) in plain, herb and smoked, all soft and spreadable. You can buy their cheeses at health food stores and co-ops in Minnesota and around the country and on line.

The 2015 Minnesota Cup opens for entries on March 23 and ends on May 9 in seven categories including the Food Agriculture and Beverage competition. Entrepreneurs with questions can contact Minnesota Cup.