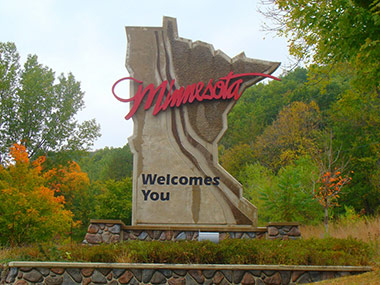 Martin Luther King, Jr. Day is a fitting time to observe the inauguration of Barack Obama, our nation’s first African-American president. While we can celebrate all of the progress our country has made since the civil rights era, we must also acknowledge the work left to be done. Minnesotans are used to ranking near the top on many measures of livability, health, and education. Unfortunately, our racial gaps show that Minnesota’s success does not benefit everyone equally.

Minnesota has among the worst home-ownership gaps in the country. While 77.5 percent of our white residents own their homes, only 38.8 percent of our residents of color do—and the disparity is growing. Homeownership is an important indicator of family wealth: it’s the asset we pass down to our children; it’s the equity we tap to fund college or retirement. Unsurprisingly, we also see racial disparities in those who have no home at all. American Indians and African-Americans together comprise 52 percent of those experiencing homelessness, but only five percent of our overall population.

Our employment gap is also the worst in the nation. In the Twin Cities, unemployment in the African-American community is nearly 14 points higher than that in the Caucasian community. Some blame this on disparities in education. While 81 percent of our white students graduate from high school, only 43 percent of our black students do. 86 percent of African-American fourth-graders are not reading at grade level, at an average of two years behind their white peers. This educational achievement gap is among the country’s worst.

We must also acknowledge our serious health disparities. By several measures, white Minnesotans enjoy healthier, longer lives than non-white Minnesotans. White Minnesotans live longer and have lower death rates. Women of color are two to three times more likely to receive inadequate prenatal care and give birth to less healthy babies. Among Hispanic teens, the birth rate is nearly three times that of their white peers.

Housing, employment, education, and health… we clearly have much work to do. Some people think that we’re in a “post-racial” America and that colorblindness is the way to the future. After all, race is a social construction, not a biological reality. However, ignoring race does nothing to correct the centuries of oppression and inequality inflicted upon our neighbors of color. We can’t pretend these crimes never happened, because their legacies are still with us.

I won’t claim to have the magic key that fixes racism. I do believe that step one is for all of us who benefit from racial privilege to recognize it (here’s a good starting point). Step two is for us to commit to addressing it, even if it means giving up some of our own (unearned) advantages.

“Our lives begin to end the day we become silent about things that matter.” –Dr. Rev. Martin Luther King, Jr.