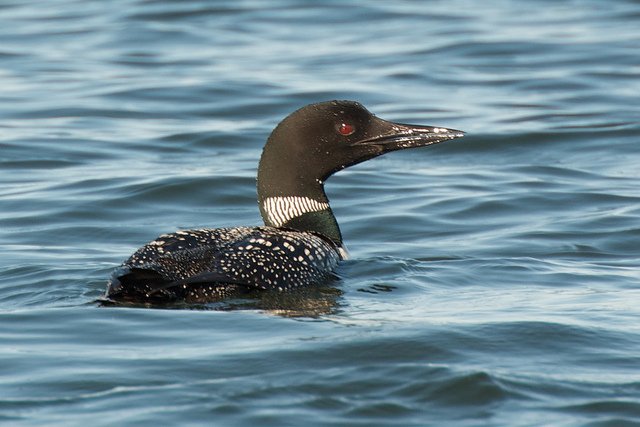 By 2080, Minnesota may be without its state bird during the summer months.

The National Audubon Society released a study this month examining the impact of climate change on future bird ranges across North America, including the common Loon — and the findings are bleak. The study asserts that over half of all bird species found in Minnesota are threatened by climate change, with some extinctions possible.

“When you have a disruptive shift of 50 percent or more of a climate suitable range for a bird species in 35 years, that’s what’s got us concerned,” said Matt Anderson, Executive Director of Audubon Minnesota.

The study was conducted by Audubon scientists in partnership with the U.S. Fish and Wildlife Service, using 40 years of data from Christmas bird counts and breeding bird surveys. Scientists examined 17 bioclimatic variables such as precipitation and high/low temperatures and their effects on bird life, to determine where these bird species would be able to survive, if climate trends continue through the rest of the century. 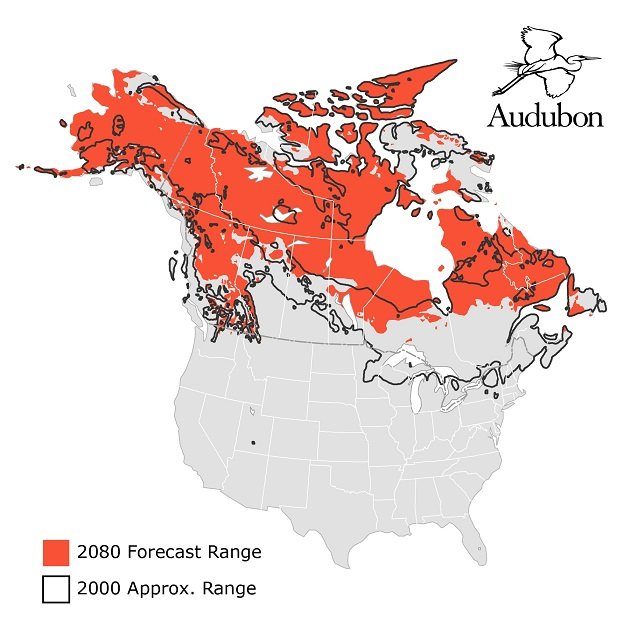 Specifically examining the common loon, Minnesota summers are predicted to be too warm for the bird’s survival. “Basically it is getting too hot such that the future climates spaces do not match the current climate temperatures,” said Audubon chief scientist Dr. Gary Langham.

Cornell Lab of Ornithology director John Fitzpatrick, who was not involved in the Audubon study, advised that these assertions should be interpreted cautiously. “There are many factors that impact birds and their movements, in addition to climate change,” he said. “This kind of modeling … cannot take into account the full range of variables that combine to affect actual species distributions.”

The findings, Fitzpatrick said, do not take into account the delayed responses by both the plant and the animal communities and do not incorporate species-interactions in specific environments. “These factors could delay or even mitigate these purely temperature-based results.”

While Fitzpatrick has a few discrepancies with what the Audubon study asserts, he said, he does agree that if the warming trends continue at their current pace the distributions of wildlife in North America will change. With that, he said, survivable ranges will move northward up the continent or to higher elevations.

The Cornell Lab did a study of their own in 2012, examining the effects of climate change on 59 bird species. Cornell researchers, led by Dr. Frank LaSorte, found that many birds took up to 35 years to respond to warmer temperatures by moving further north, and this lag in response time could create a high potential for population disruption.

With all the potential harm to wildlife indicated in both studies, Anderson said, Audubon Minnesota hopes this data can be leveraged throughout the coming decades to influence both individual and institutional change to reduce emissions and enhance conservancy.

This includes lobbying efforts by Audubon to reduce emissions from power plants, working with the Garden Club of Minnesota to create bird-friendly and climate-resilient green spaces, and preserving what the Audubon study calls “climate strongholds,” locations where environments are more likely to serve as sustained bird habitats.

“These so-called climate strongholds can inform land management decisions about where protection or habitat enhancements are most likely to yield a return on investment,” Langham said.