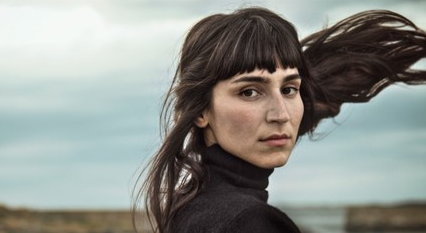 The creative life of young Iranian-born Swedish pop singer, Laleh Pourkarim is revealed in candid interviews with Laleh, people who’ve worked with her and performance footage in “Not Ready to Die.” Born in underground Iran, she and her parents who opposed the Islamic regime in Tehran, fled to other cities in Russia and Germany before settling in Sweden when she was 12. A consummate musician, she learned to play guitar as a teen, and later taught herself percussion and saxophone while attending music school in Gothenburg.

At age 12, she lost her father, watching him drown while trying to save a woman. Death has often been a theme in her music, there is sadness and yet positivity in her music such as her renowned single, “Some Die Young.”

While working on her self-titled debut, Laleh found she couldn’t concentrate with other producers and writers around, so she requested of Warner Sweden she have her own studio. They agreed, sending an entire studio to her home piece by piece. Although she had no prior production experience, Laleh then wrote, performed all the instruments and produced her self-titled debut in 2005. This first album garnered her many awards, including three Swedish Grammis in 2005. She discovered she loves producing: “I found producing the most fun. I can be many different people. I like to be alone and explore all my voices.”

During the film, Laleh reflects on her childhood, her relationship with her supportive mother, who bought her first guitar at an early age, and saves songs Laleh would lose or throw out. One of the top musicians and performers in Sweden, whose records over 10 years keep topping charts.

In “Not Ready to Die,” Laleh speaks eloquently of her passion for music, and how the past impacts her present, “I’m not angry. The world doesn’t owe us anything. You can’t beat death,” adding, “I’m not ready to die yet.”