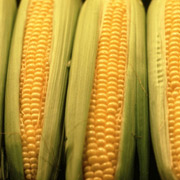 Corn doesn’t make for a sexy campaign topic. When was the last time you heard Chris Matthews or Sean Hannity go toe-to-toe with a guest on co-op dividends or ethanol subsidies?

Yet, grain and agricultural policy are vitally important to the upper-Midwest economy. Agriculture and food processing are partly to thank for stabilizing Minnesota through the Great Recession. Farther from the farm, ag policy dictates the American diet and ag trade is a major contributor to U.S. exports.

That’s why Minnesota and other corn-state farmers have teamed with the Iowa Corn Growers Association on the Corn Caucus Project leading up to January’s precinct caucuses in Iowa.

Keep in mind Iowa has the first-in-the-nation precinct caucuses in an effort to focus some national attention from presidential candidates on what were formerly farm and rural issues. Unfortunately, such issues rarely get much play anymore, even in Iowa.

These days, candidates sidestep much detail early in presidential campaigns while pitching messages to extremist groups that are most likely to attend caucuses.

The corn growers offer an exception even though they stray to renewable energy, environmental regulations and trade policies that impact their interests but are not exclusively agricultural.

That said, here’s how the current (or recent) field of candidates measured up in corn growers’ rankings:

There. Now you’ve heard something about agriculture coming out of Iowa before the precinct caucuses.