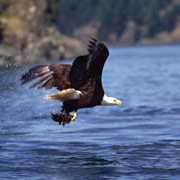 Lake Pepin, the widest naturally-occurring twenty mile stretch of the Mississippi River, is facing an existential problem: in a few hundred years it may no longer exist.

Its existence is threatened by the acceleration of the natural process of sedimentation, or the accumulation of soil and other solids. If current trends continue, sediment will fill the lake’s upper seven miles in a mere century, and the remaining thirteen miles will be filled in by the time two more centuries have come and gone.

Before you shrug and stop reading, take heed: the timeline of centuries does not relegate this issue to the (largely imagined) territory of teary-eyed tree-huggers who want to save the lake simply because they (we) have a sentimental attachment to nature. The accelerated sedimentation process that is already underway comes with environmental consequences in the here and now. Furthermore, we must begin to address this problem without delay if we are going to avoid losing any significant portion of the extraordinary, life-sustaining natural resource that is Lake Pepin.

According to a Minnesota Pollution Control Agency draft report, we have already seen the lake, once described by early explorers as “crystal clear,” turn a muddy brown. Not only is this dirtying of the water disheartening on aesthetic and recreational levels, but there are immediate implications for the creatures and plants that rely on a clear gravel river bed for spawning, clear water for access to sunlight for photosynthesis, and generally unpolluted surroundings for their basic livelihood.

Of course, as the lake gradually becomes dry land, water-dwelling and water-dependent life will die off entirely, severely affecting the biodiversity of the area and the food chain that sustains it. The Mississippi would suffer downstream as well; without Lake Pepin to serve as a natural sediment basin, silt and dirt from the Minnesota River (which meets the Mississippi just North of Lake Pepin) could be carried down to Iowa and beyond.

In general, sedimentation increases when forests, grasslands and swamps give way to farm fields, suburbs and other relatively flat, featureless stretches of land. Without natural buffers in place, soil can more easily wash into waterways. Agriculture is often a key culprit because farmers redirect water flows to ditches and other channels in order to keep their fields from over-hydrating. From these ditches, the excess farm runoff flows (too fast) into rivers and streams.

There is some dispute as to the degree of blame that can be put on agriculture in this case. Some people point instead to increased precipitation in recent decades and a quickening of the river caused by dredging and levee-building. Most likely, the reason behind the problematic sedimentation is a combination of factors, with agricultural run-off figuring prominently among them and human alteration of natural landscapes more generally the undeniable driving force.

As usual then, we have created our environmental problem. With any luck (and a lot of effort), we can stop bickering about how exactly to apportion blame in time to do something about restoring Lake Pepin.