One of the things I looked for during my 30 Days of Biking challenge was other kinds of bicycle infrastructure that we simply do not have in north Minneapolis. Three main bike additions jumped out at me, especially when I made a trek to a meeting deep in south Minneapolis by bicycle.

First, the Bryant Avenue bike boulevard is simply wonderful. Here’s how that works…

…On Bryant Avenue South, we see a bike symbol with what looks like the inverse of a military arrow depiction. And as a novice biker who has not researched what that actually means, it played out a certain way as I biked from 48th Avenue South up to Loring Park. That stretch of Bryant was clearly dedicated to bicyclists. Sure, motorists used the corridor, but generally not for more than a block or two before parking or turning off to a more major automobile thoroughfare.

As a biker, traversing this route for the first time, I cannot emphasize how much of a relief this was. I knew that a clear message was sent to any motorist along my route: You may drive here if you wish, but the preference is that this street be used for bikers first and foremost. By the way, we have NO bike boulevards of this nature (That I’m aware of) in north Minneapolis.

The second noteworthy lack of biking infrastructure I noticed was around signage. While traveling from the depths of SoMi up north, I saw plenty of automobile-oriented signs that directed drivers to their fastest thoroughfares of 35W and Highway 94. But there were almost no signs telling bicyclists where we could go to optimize our traveling routes. For instance, the Bryant Avenue Boulevard lanes more or less end just south of 94, and once you get to the southern end of Loring Park there is no clear direction of how bikers might reach various destination points. If you look at the first map image above, you’ll see that I got to the southern end of the park before becoming unsure of where to go to next. I wandered around until making my way through downtown Minneapolis and finding my way back home.

Even so, I took Hennepin Avenue up to 2nd Street North, which I used to get to Plymouth, and then across to the north Minneapolis street grid. I avoided 7th St N because I did not know at the time whether the concrete labyrinth would allow me to get back over north quickly enough. (It turns out that yes, the Lyndale/Fremont/7th areas ARE fairly well-marked for bike travels, but I didn’t know this at the time.)

So if drivers are given clear directions to their “express” routes, then why doesn’t the number one biking city in the country extend the same courtesy to its cyclists? And in north Minneapolis we have signs directing bikers to the river, downtown, and other places. I did not see a single marker telling bikers how to specifically get to the northside.

The second area of concern is that there are very few ways for north Minneapolis to connect to south Minneapolis via bike. One can take the river parkway, or go through downtown and then south , or along Lyndale and then through the concrete maze that route presents, or along Theo Wirth Parkway. Those are really the only way to get to and from north and south Minneapolis by bike right now. There is a huge gap that prevents easy travels north and south between key points of our city. I can’t help but wonder how we could perhaps connect the end of Penn Avenue to the Cedar Lake bike trail. Maybe there are impassable issues with land ownership or the terrain. There isn’t much physical distance as the crow flies, that’s for sure.

Which brings me to a final point about bicycle infrastructure in north Minneapolis. Penn Avenue currently has no space reserved for bike lanes. That corridor is proposed to be repaved in 2012, but adding bike lanes is “not recommended for actions in 2012” according to the county. It is widely agreed that the ideal time to lay down stripes for a bike lane is when the fresh pavement is put in place. It is neither desirable nor a wise financial move to go back, rescore the pavement, erase old lane lines, and put down new ones. Because public resources are becoming ever more scarce for non-billionaires, it is imperative that we get things right the first time.

Minneapolis is often considered a top-tier bicycling city, but north Minneapolis does not see the same benefits as other parts of town. Getting bike lanes on Penn Avenue will create more bike corridors and contribute to a healthier northside. These bike lanes can be added without taking away parking, simply by narrowing lanes. On streets with speed limits below 45 mph, such bike lanes slow traffic, reduce accidents, make roadways easier to cross for pedestrians, and get bike riders off of sidewalks–all without reductions in traffic or parking capacity.

If we are going to give north Minneapolis equal treatment on biking amenities, the next and best step would be adding bike lanes on Penn Avenue. 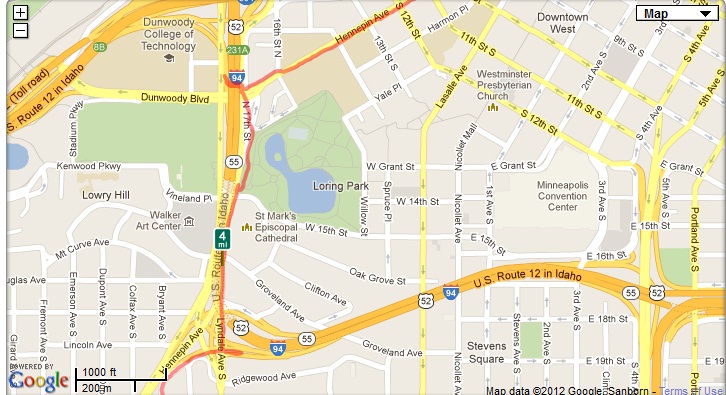 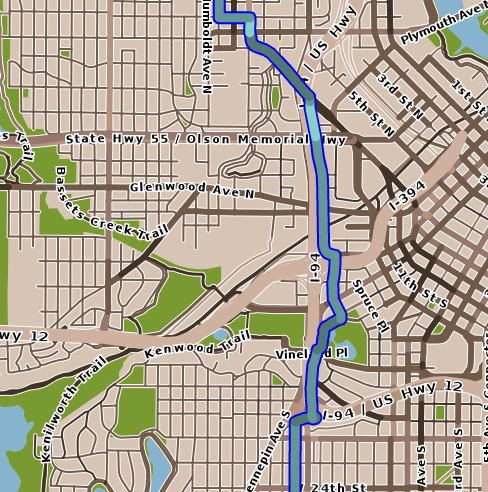 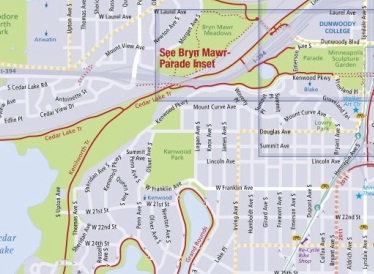