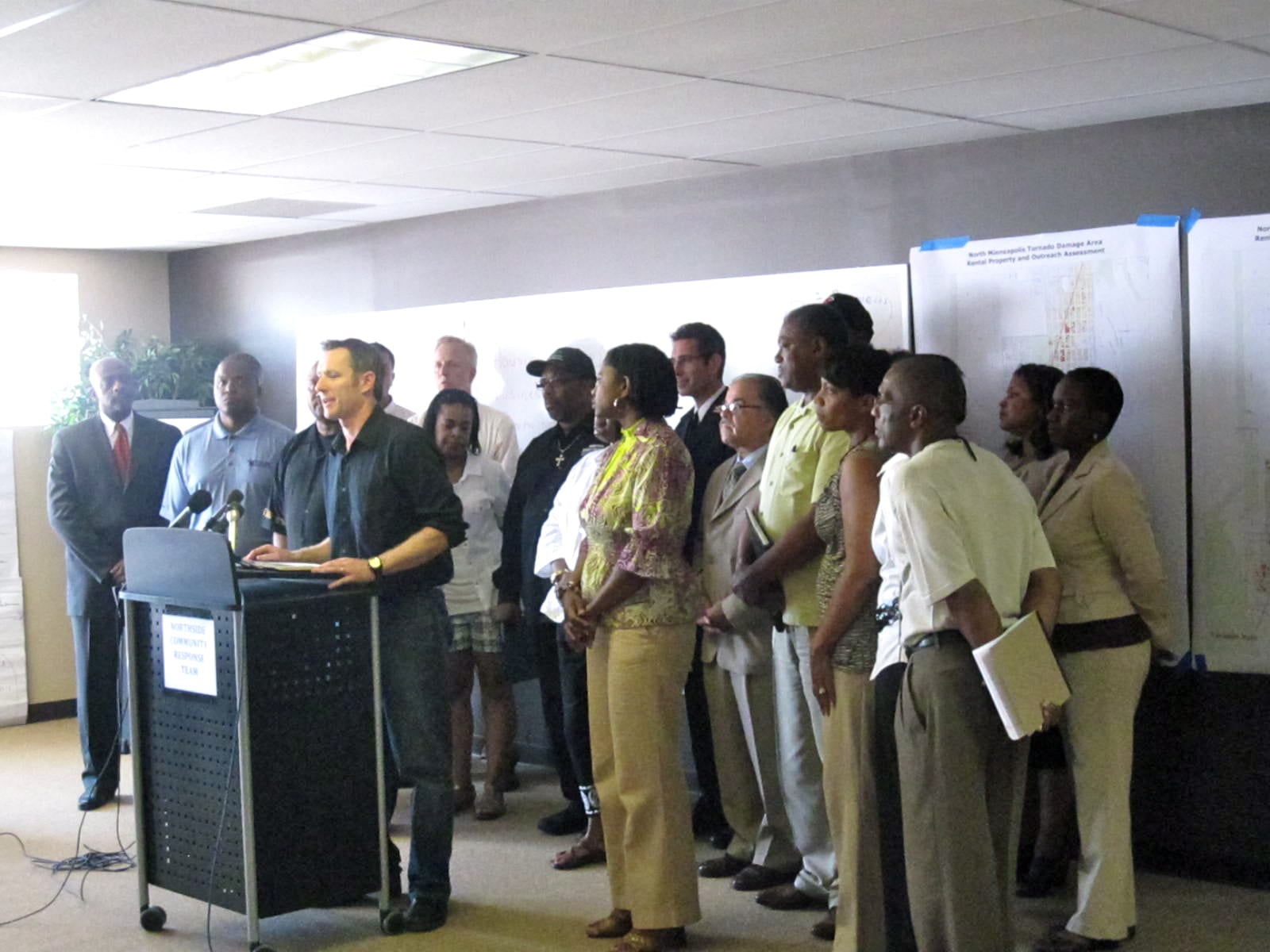 The Northside Community Response Team (NCRT), a coalition of nearly 60 organizations who have come together to help tornado victims of North Minneapolis, held a press conference on Monday, giving an update of the progress the coalition has made so far, and what lies ahead.

Louis King, President and CEO of Summit Academy OIC and Core Team Member of NCRT, said the coalition exists to understand the needs of the people on the North Side.  “Our response was disciplined and widespread,” he said.

Chad Schwitters, President and Executive Director of Urban Homeworks, also on the Core Team, reported that 3,000 volunteers have put time in since the tornado hit, and 3,500 houses have had their doors knocked asking if the residents needed help.

“I’ve been touched by the work that’s been done,” said Sondra Samuels, another Core Team member and Chief Executive Officer of Northside Achievement Zone.  The North Minneapolis organization already had a collaborative approach prior to the tornado, according to Samuels.  “We believe this is an opportunity to rebuild the North Side,” she said.

Rev. Richard Coleman, the Executive Director of Sanctuary Covenant CDC, echoed Samuels’ statements by saying:  “We are even more committed to address issues that have existed for way too long.”

Memebers of NCRT reported that their work is transitioning from the immediate emergency needs of North Minneapolis residents to the long-term needs that may last for months.  “This will be a marathon, not a spring,” said Louis King.

One goal of the coalition is to create jobs for North Side residents.  There was high unemployment before the tornado in the area, which was exasperated due to the disaster.  NCRT is looking at job creation in terms of short term and long term, and will focus on encouraging homeowners to choose local contractors.  A core value of the coalition is to ensure that North Side residents and businesses benefit from the economic exchange that comes as a result of the tornado, according to King.