On May 22, 2011, three tornados spiraled down on North Minneapolis, killing one person and injuring 30 more, leaving homes heavily damaged and thousands without power. On Saturday, Northside residents gathered at Logan and 30th Avenue North to mark the anniversary of last year’s devastating tornados and celebrate the rebuilding effort.

Organized by Habitat for Humanity, the Jordan Area Community Council, and Rebuilding it Right, Saturday’s block party provided recreation for children and answers for adults in a neighborhood where the effects of the tornados were obvious even to outsiders.

Kids drew pictures on the asphalt with brightly colored oversized chalk while parents mingled with Styrofoam cups, paper plates, and hotdogs provided by local grocers. Down the street, a house’s roof was still covered with tarp the same color as a recently sketched flower. Wind blew brochures from resource tables staffed by representatives of community organizations.

What was perhaps most eerie on that 90-degree day last year was the sun’s intensity. Before the tornados, the area around the 3000 block of Logan Avenue enjoyed a thick green canopy, but now only a few mature trees remain. Saplings were planted as part of the rebuilding process, but it will be years before residents will find summer refuge beneath their branches.

A large tent shaded an empty lot where representatives of the block party’s sponsors and two local politicians spoke from a podium. Barbara Johnson, City Council President, as well as Congressman Keith Ellison praised the community’s progress—93% of damaged properties have been repaired with $28 million of permitted work. President Johnson and Congressman Ellison also noted much work was still needed.

Chad Schwitters, president of Urban Homeworks, a faith-based community development group involved in the rebuilding effort, said, “This wasn’t Joplin. The tornados themselves weren’t catastrophic, but when they hit a community where 60% of the residents are on some kind of government assistance not including corrections…that’s catastrophic.” This reality was another reason for the block party.

To strengthen the community, Habitat’s Neighborhood Revitalization Initiative (NRI) will focus on an eight-block area on the Northside. In the tent’s shade, two design teams presented their ideas for aesthetic as well as structural improvements, from bus stops to mixed-use developments to further integrate stakeholders in the community. The hope for the NRI is to begin the NorthSide’s transformation into a something healthier and more resilient to destructive forces both natural and economic.

NorthSide resident Geneva Buckingham has already seen the community tighten since the storm. “People are more friendly,” she said. “There are more get-togethers. People talk to one another.” While Buckingham reflected on her community from a nearby stoop, neighbors watched Congressman Ellison take his turn at double dutch. Though it was clear he was out of practice, he emerged from between the slapping ropes in a jog, bright-eyed and smiling.

The block party eventually began to wind down. Table cloths were folded up and Tupperware lids snapped tight and people dispersed as yet another gust of hot wind sailed between the houses and made the tiny trees lining Logan Avenue tremble, their thick-bark futures still uncertain. 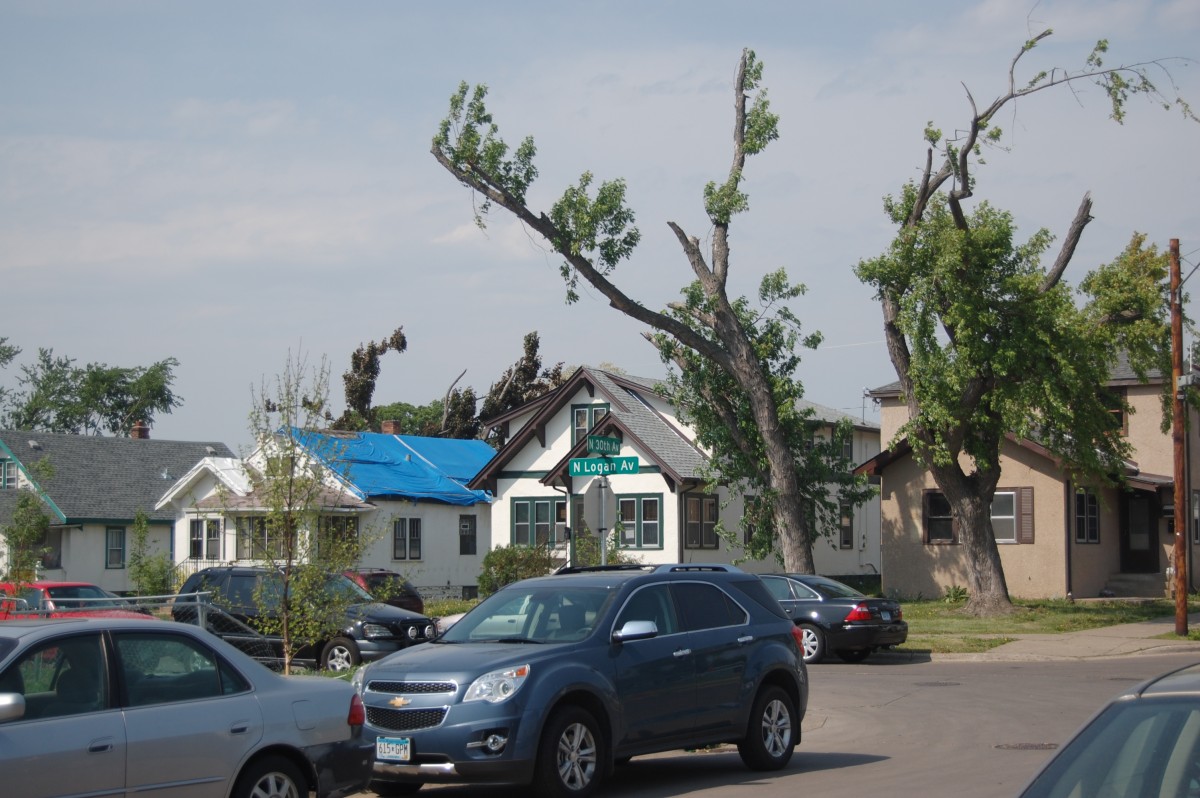 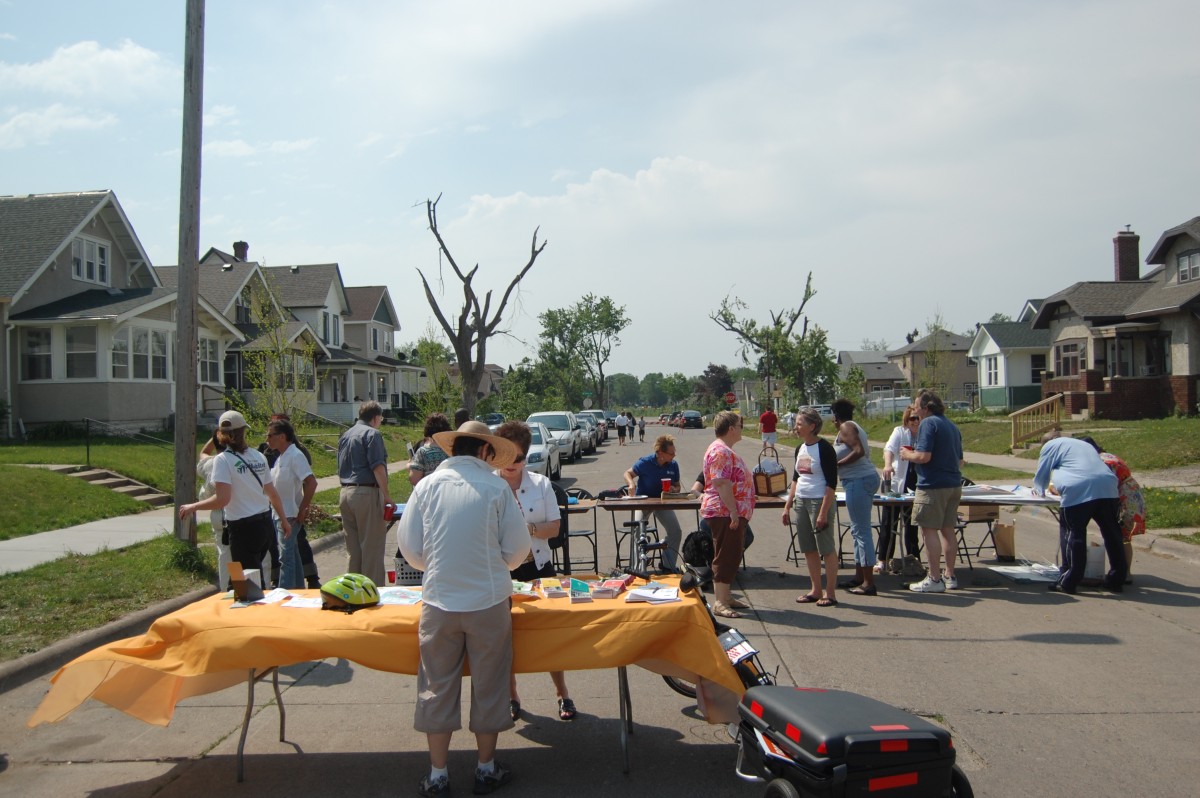 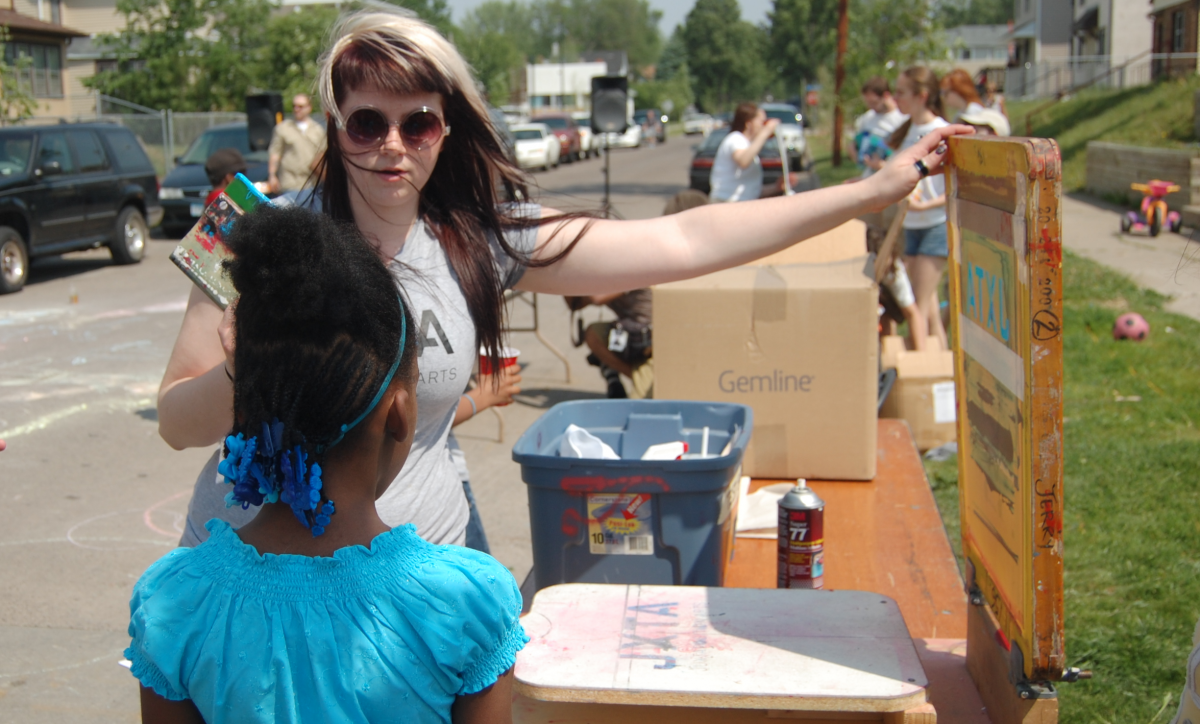 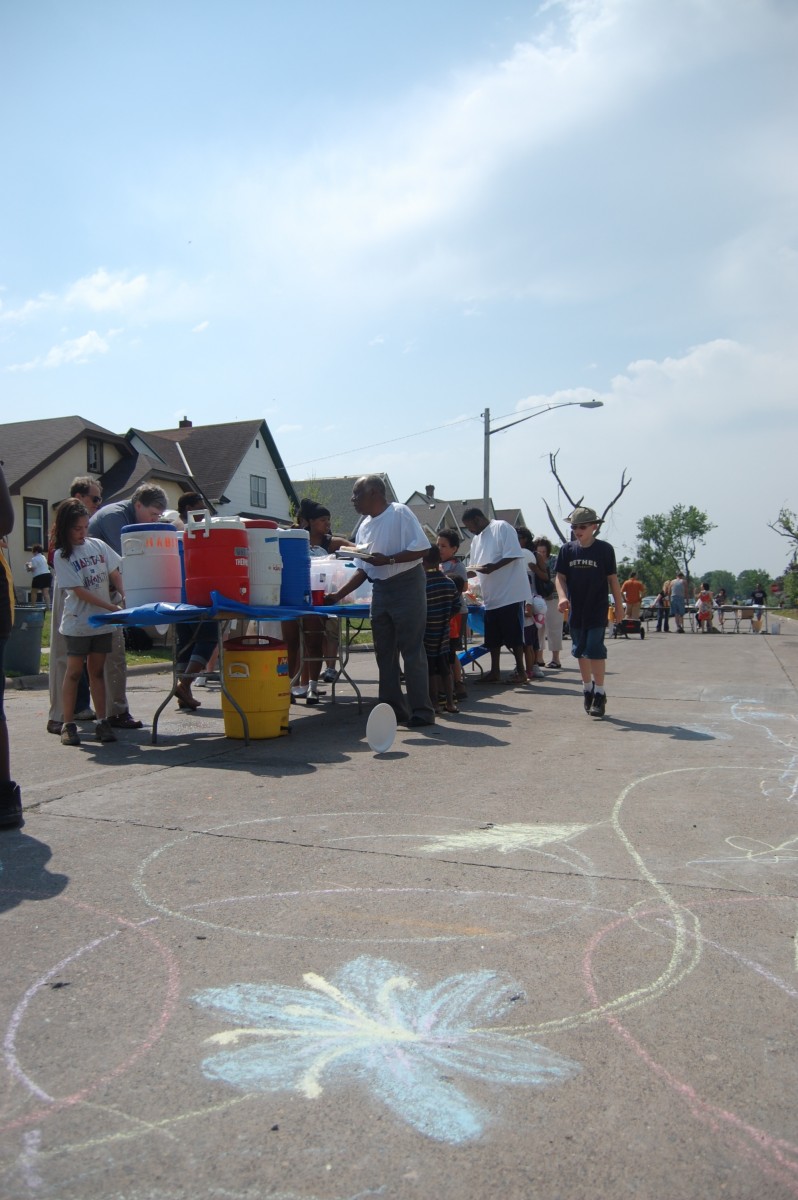 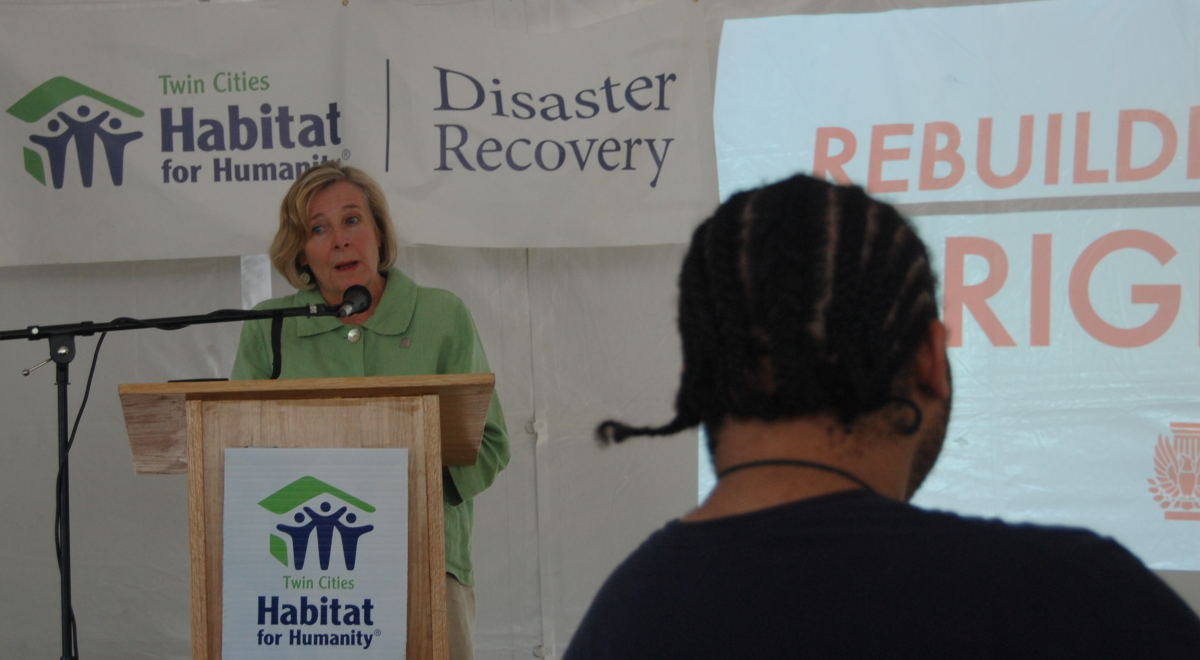 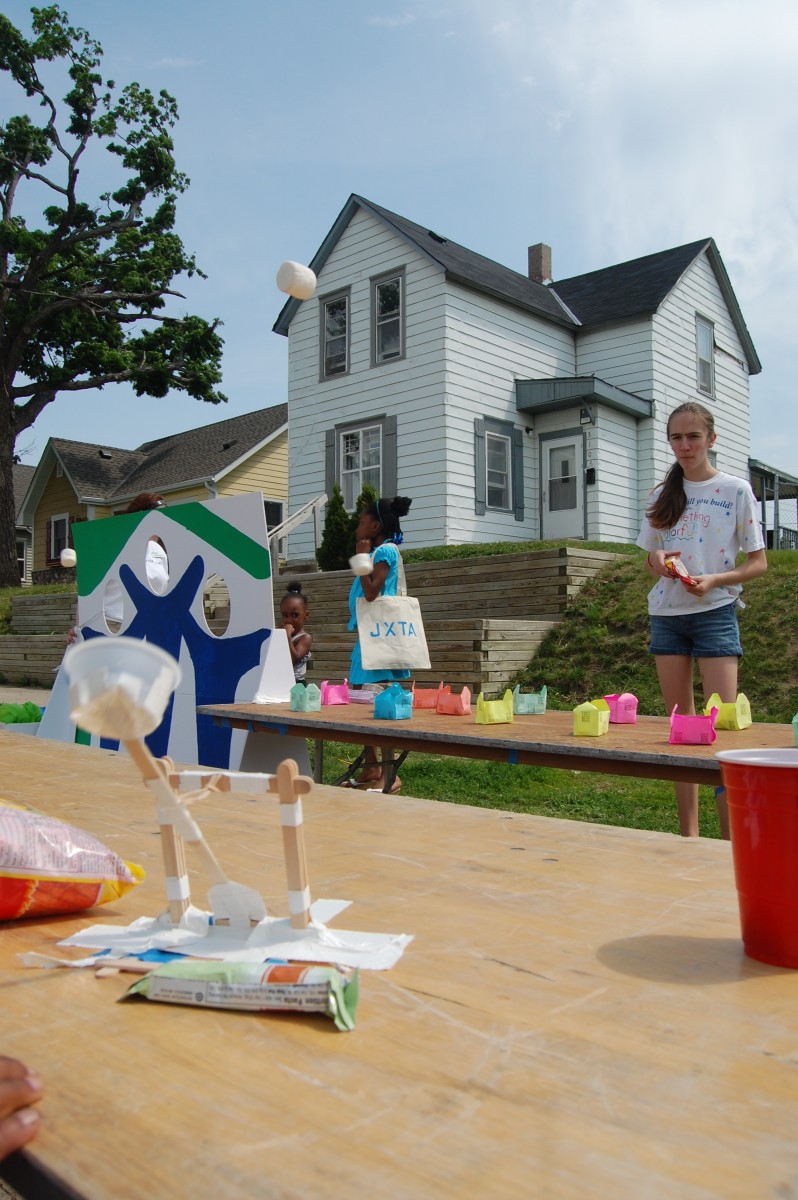 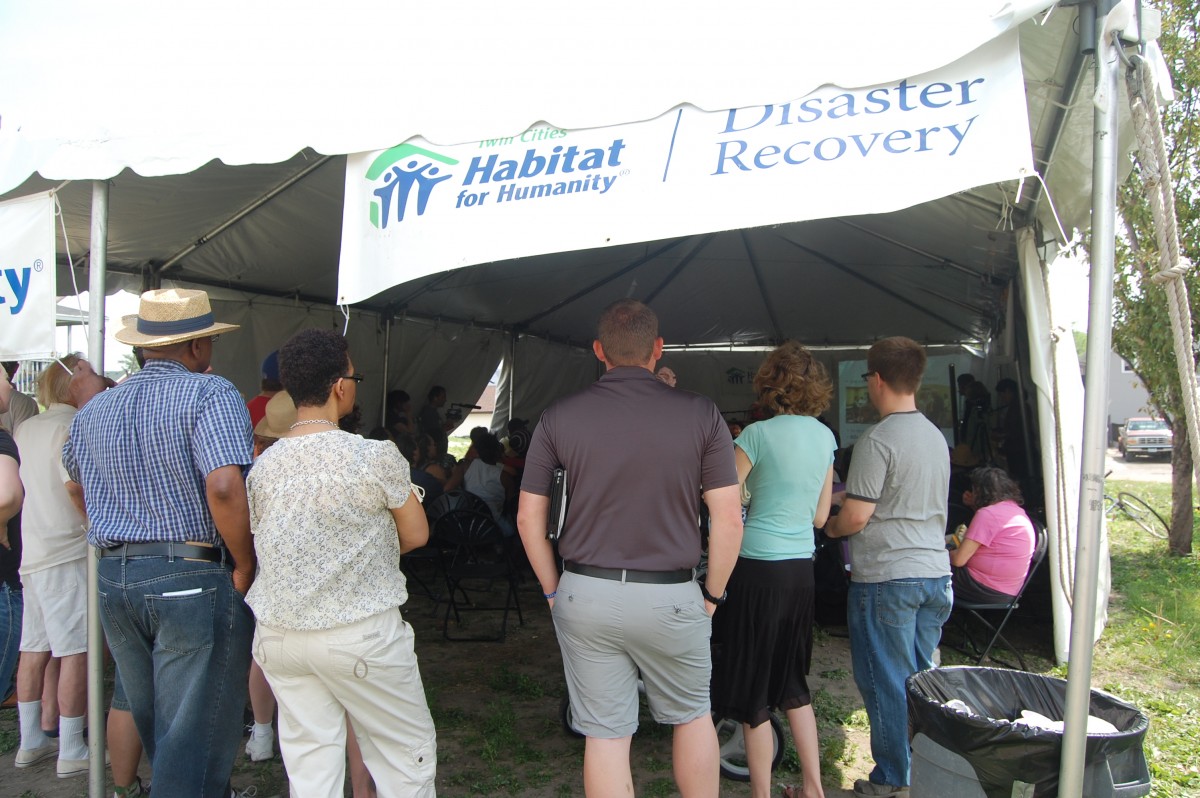 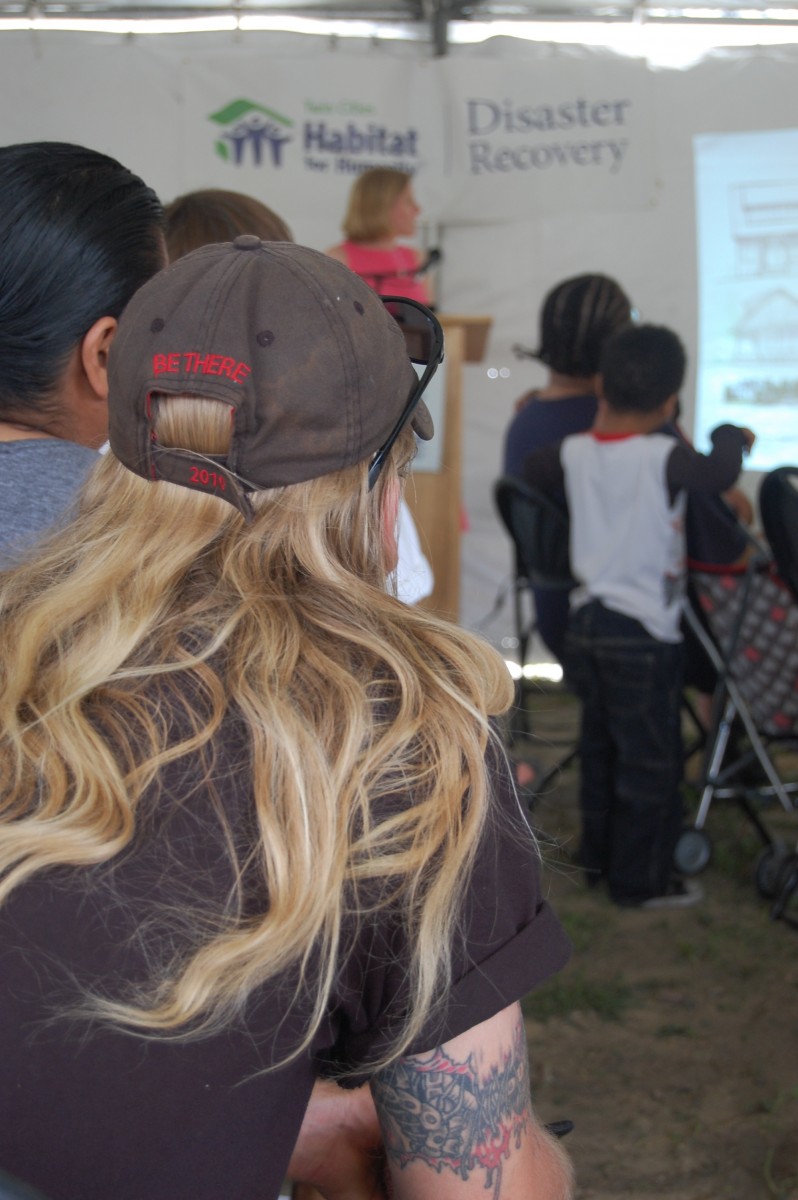 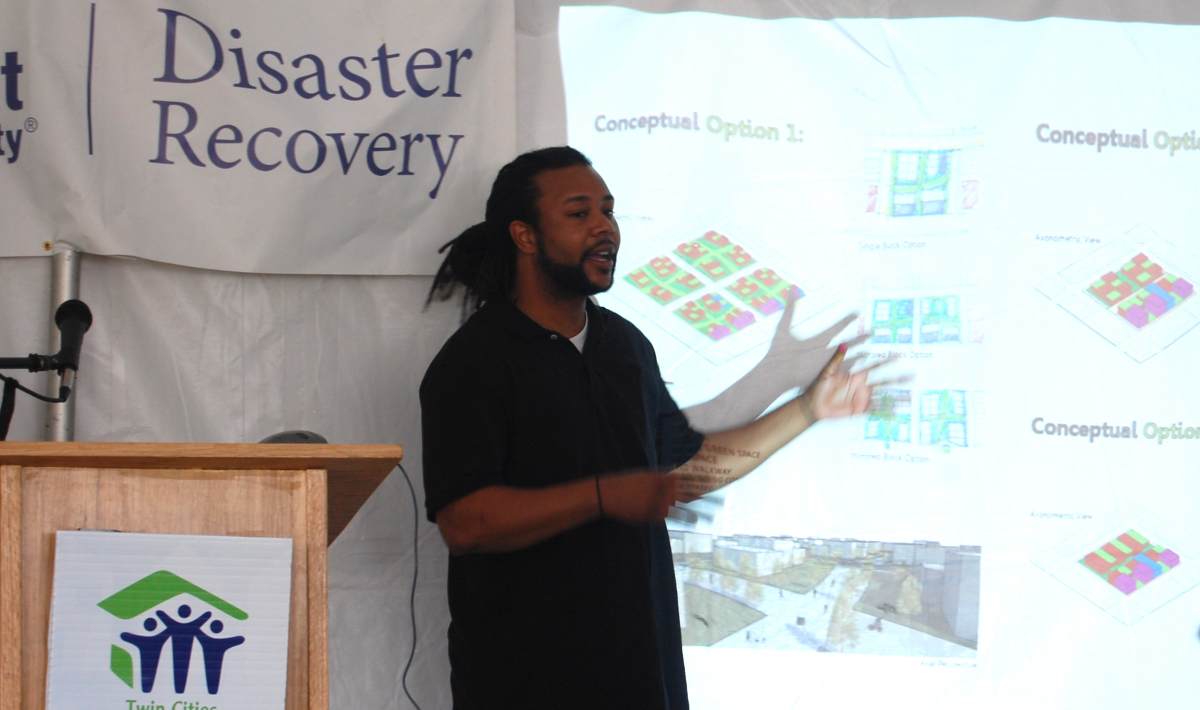 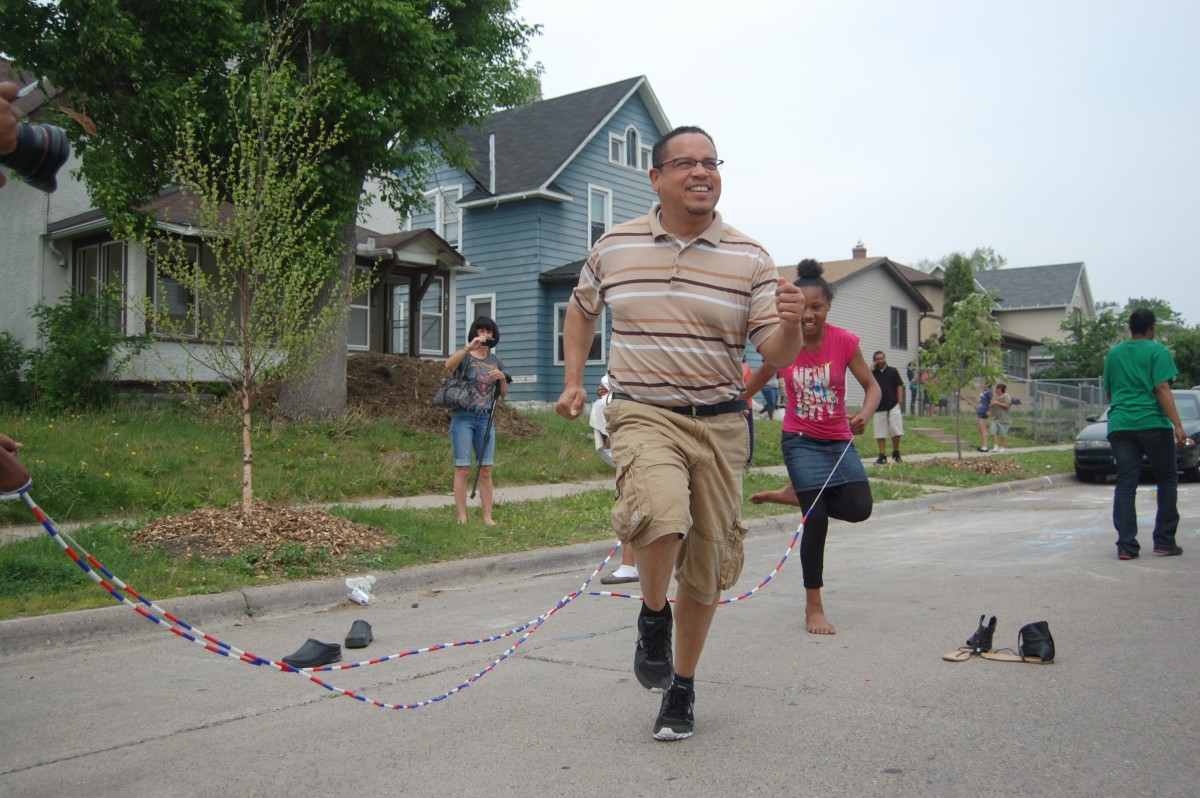 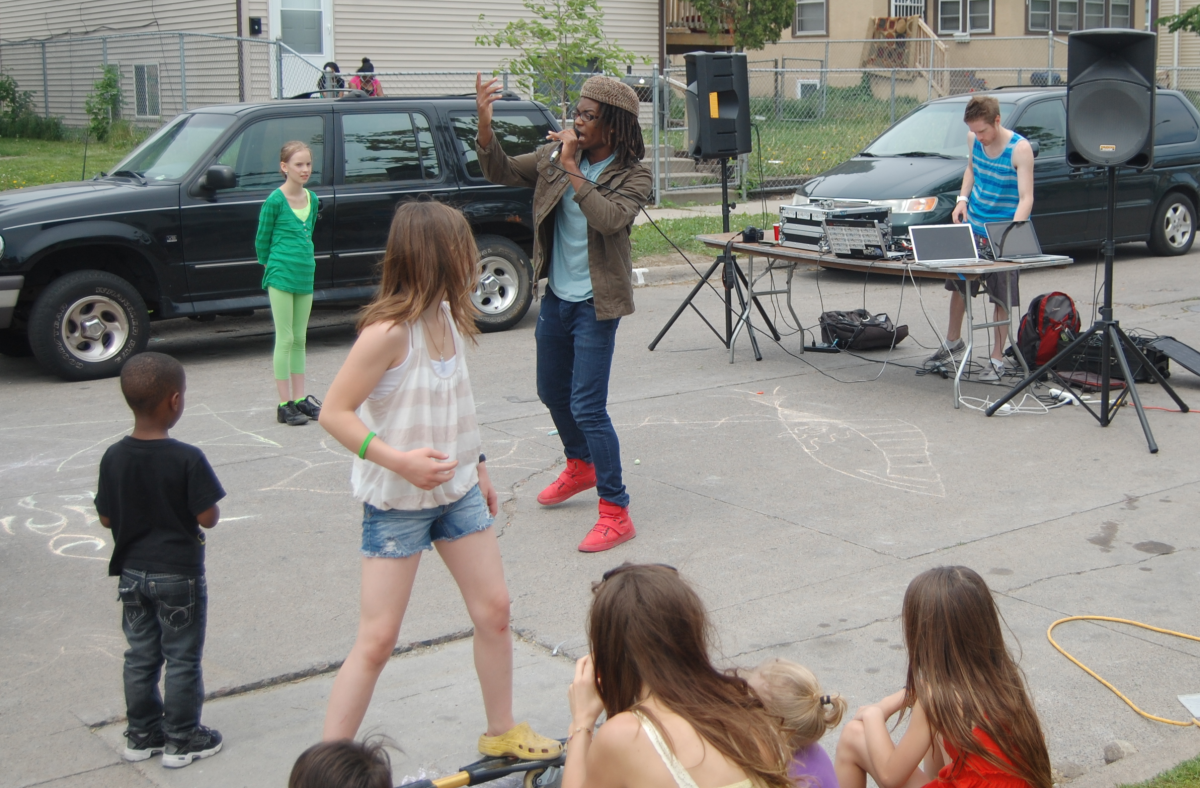 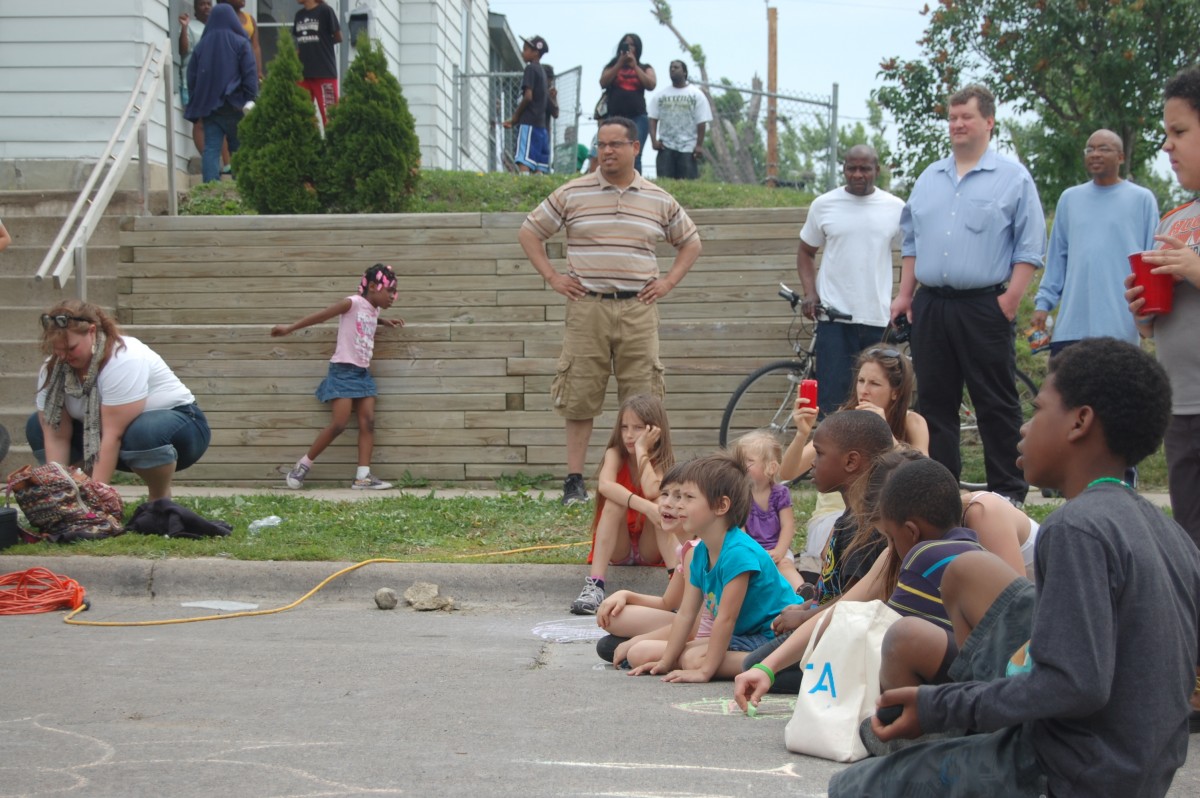 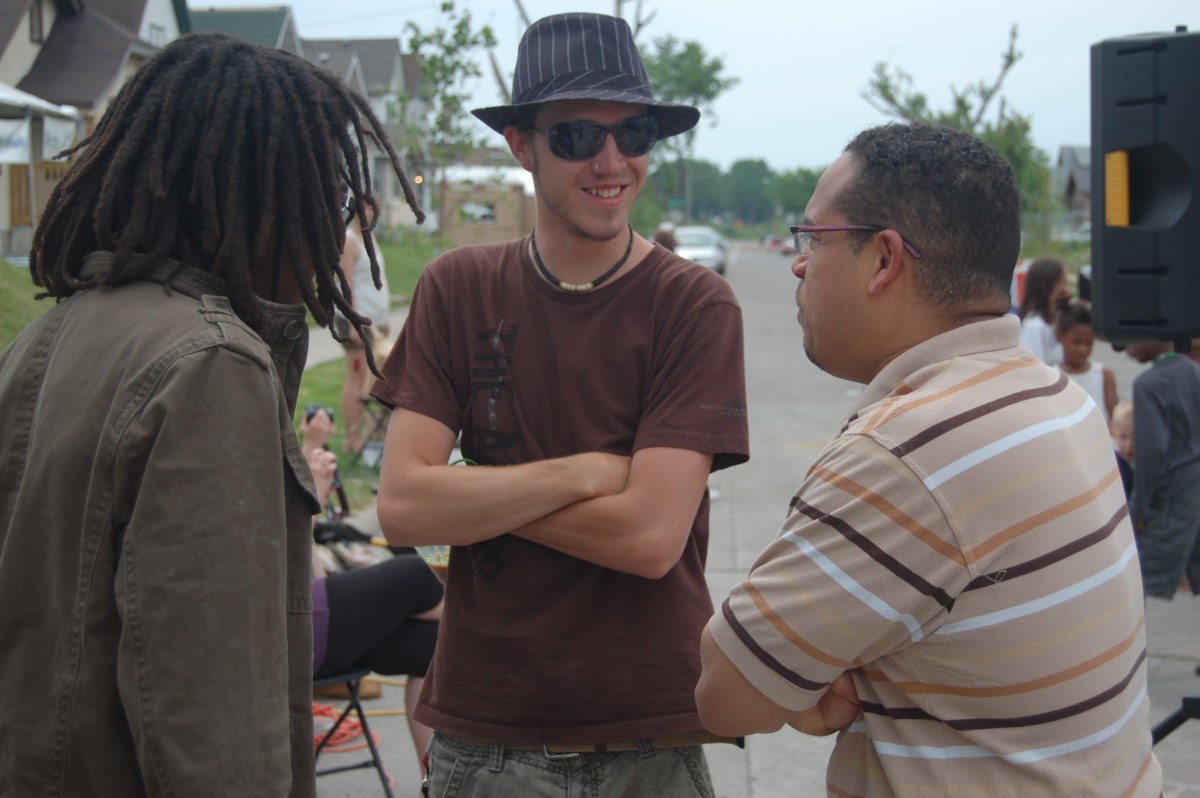