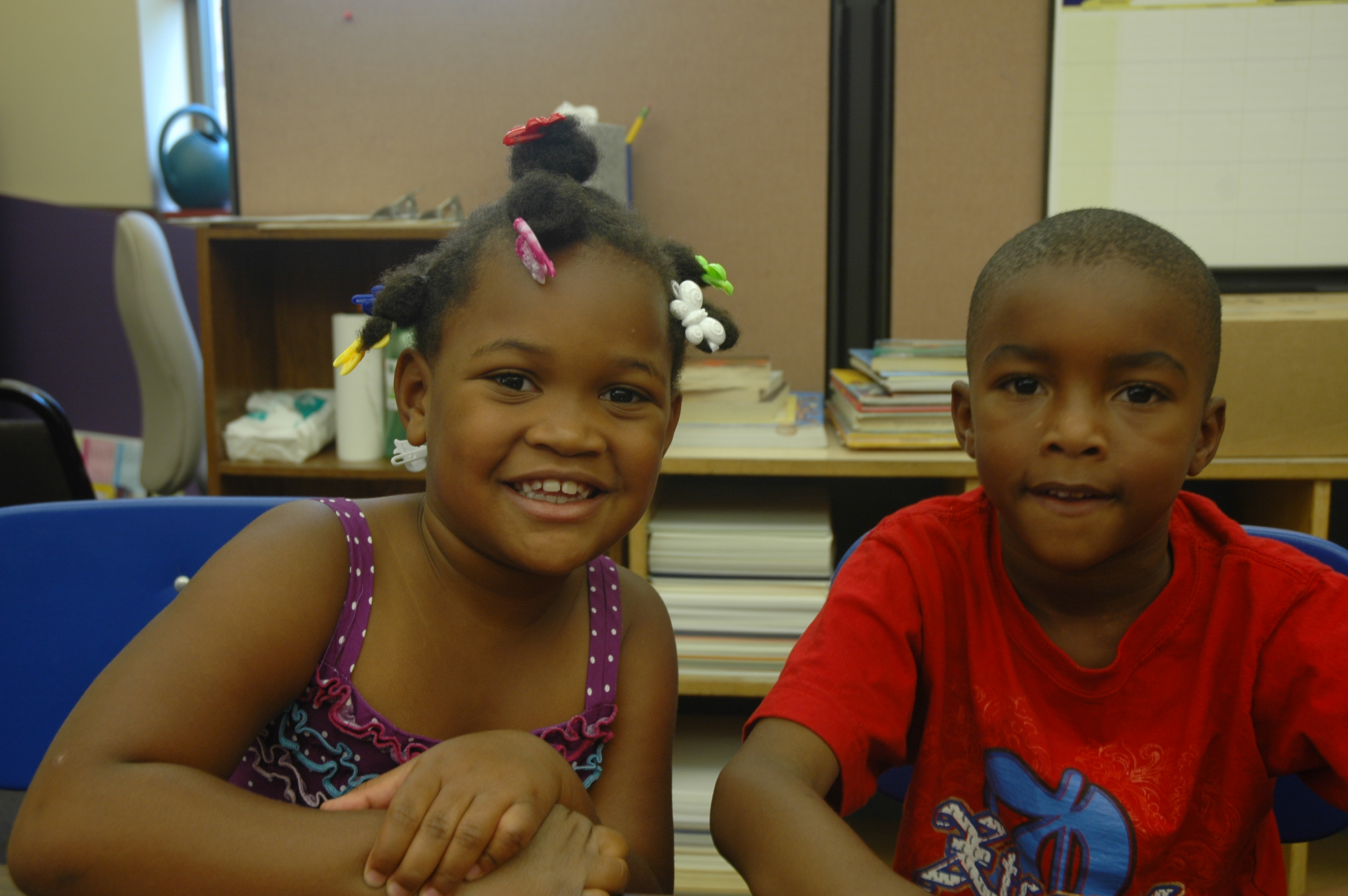 Lucretia Gill and her son, Brian

Lucretia Gill, who lives in Jordan neighborhood, met representatives from the Northside Achievement Zone at an awards ceremony at her children’s school. The 31-year-old mother of 4 children, aged 3,6,7 and 12, spoke with the reps, who told her that NAZ would help her focus on getting her children into college. “That was a big subject for me,” she said. “They said they would be with me every step of the way, and provide what it is they need to help kids get into college.”

Gill’s experience with the Northside Achievement Zone shows how the relatively small program worked in its first years. Now it’s scaling up, getting much larger, thanks to a five-year, $28 million federal grant under the Promise Neighborhood program.

NAZ executive director Sondra Samuels said receiving the Promise Neighborhood grant is an opportunity, but also a challenge. Before they received the grant, NAZ had 12 employees. Now they have 19 employees, and when the capacity building is complete, they’ll have 60 employees, who won’t all be housed at NAZ Central. Some will continue to be located at partner organizations.

Gill herself has earned a GED, and has been attending Anthem College in St. Louis Park, where she has completed her course work for an Applied Science degree as an X-Ray technician. She wants her children to go to college “so they can have a better way of life,” she said. She wants her children not to live in poverty, but to “have better things than I’ve had.”

So in the fall of 2011, Gill attended classes at NAZ’s Family Academy. Before she took the Family Academy course, she said, she didn’t realize how important conversing with her children was. “I learned parenting skills and how to teach,” she said. “They teach you how to be more hands on with younger kids — how to just have early education in the house. Reading is really important.”

Andre Dukes, the lead facilitator for the Family Academy, said the program is a series of curricular offerings that support families and children at “each stage of the continuum.” The curriculum for parents of children aged 0-3, “helps parents understand child development,” he said. So far, NAZ has conducted a total of eight Family Academy cohort sessions: Four FA Infant and Toddler classes, which are 13-week parenting classes, and four FA Foundations classes, which are an eight-week parent empowerment training. In the future, NAZ plans to expand their parenting classes to include parenting skills for other age groups as well. There are 16 families per session, but the number of sessions being offered will increase this year, including adding a summer session, and an additional session this fall.

In the program, parents are taught that “every interaction counts,” Dukes said. “It’s critical parents know how much they influence their child’s development as their first teacher.” Parents are shown how to teach literacy and emotional skills, and positive discipline. “We look at discipline as instructional,” Dukes said.

Kids should know 1200 words when they get to kindergarten, according to Dukes, but many young people from low-income communities know fewer than 400 words. At Family Academy, parents are encouraged to read to their children, and to play with them, using descriptive language. For example, you’re not just throwing a ball, you’re throwing a bright red ball, then saying “I see you are excited about catching the ball,” Dukes said. “That really helps to develop social skills.”

Parents going through the program are given an assessment of how their child is developing, and what interventions need to be put in place, Dukes said, sometimes getting a referral to one of NAZ’s partner organizations that offer social services to help the family, such as partner organization Urban Homeworks.

The program also aims to help families feel more comfortable receiving information, and being engaged in the classroom, he said. Families work with NAZ “connectors,” full-time paid staff who live and/or work in the community, many of them having the same challenges as the community they serve. A connector acts as a kind of life coach, helping other families to meet goals, according to Dukes.

None of the NAZ connectors are clinical professionals, so Dukes said there is a limit to how they connect. However, they help refer parents to early-childhood-focused organizations that will help create a plan to build language and literacy skills and emotional skills. The connector will make sure families are comfortable with what is being said. 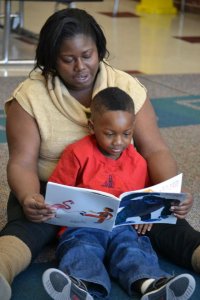 Lucretia Gill and her son, Brian

After Lucretia Gill graduated from the Family Academy in December 2011, she approached NAZ, asking if she could do something to be helpful. She was asked if she could come in for an orientation, where she would talk to parents about her experience. From there, she became a parent liaison, a volunteer position which involved attending the Family Academy once a week. The other students had her phone number, and they could call her and ask advice about different things. “I was just being another person they could talk to,” she said. Gill would give advice here and there, and even though the class is finished, she still keeps in contact with them.

Though NAZ uses families on a rolling basis to be parent liaisons, Gill hopes to be involved with NAZ in the future. “I really believe what their beliefs are,” she said. “I think they are great. Thank God I was even able to be part of the program.”

Schattauer currently works with 60 families, and only focuses on housing with them, coordinating with their connector, who oversees a broader range of needs.  She said she has an initial meeting with each family, and then additional meetings as needed.

Plymouth Christian Youth Center is another partner organization. Kenneth Scales is an NAZ Connector housed at PCYC. Scales’s work is to create an achievement plan for parents and their children, and walk them through the goals and steps.  As a connector, he said, he keeps track of all the goals, and connects the families to different resources, such as early childhood programs.  He has a caseload of 20 families, which will expand to 40 in the upscale process. Currently, there are about 200 NAZ families total, he said.

The NAZ Connector “family coaches” work with the NAZ Navigators, “who focus areas of Housing, Behavioral Health, Early Education, and Career and Finance,” according to NAZ publicity information. Together they ensure that families have access to services and supports.

NAZ also plans to increase the number of connectors it employs. Currently there are eight full-time connectors, but they are planning to hire an additional 16 by the end of the year, Dukes said.

The Connectors work with families to work out their NAZ plan, which tracks their goals and progress through a web-based program. “Part of the challenge,” Dukes says, “is access to information.” NAZ wants to make “readily available to families around what they need to do,” he said, “to ensure the academic success of their children. We are in a position to increase that access of information.”

So far the families that NAZ has served have been 98 percent African American, according to its annual report, although there have been a few white families and one Hmong family. “We are looking at what we can do to address the language barriers,” Dukes said.

PCYC executive director Anne Long said she’s been involved with the planning process of the NAZ Promise Neighborhood initiative since the beginning, working on the development and helping with the federal grant.  She’s been on both the management team and the management board, and now is on the main NAZ board of directors.

PCYC is an “anchor partner” which means that PCYC’s out of school time programming is the model that is being used for NAZ’s scale-up.

For elementary school, the scale-up is happening this summer, she said. “The goal in the federal grant is that by the end of five years, the majority of children will be in high quality after-school programming,” Young said. This summer, that means there are about 105 children participating in PCYC summer programming, “a good portion of which are NAZ families from the zone,” she said.   This summer, NAZ has paid for 100 slots in PCYC’s summer program.

A similar scale-up will be happening during the school year for after school programming, she said. While some of that programming will occur at PCYC, NAZ will also be implementing the same model at other locations, since PCYC doesn’t have the capacity to serve 500 children. 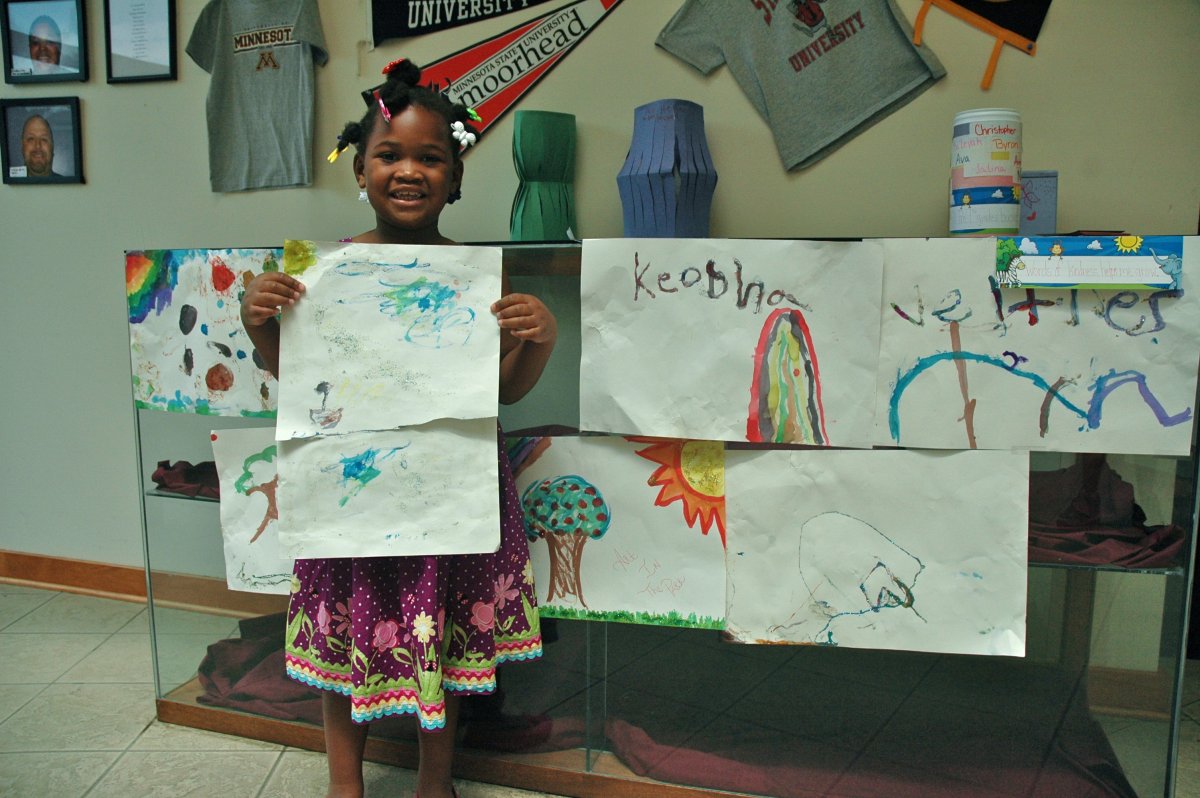 The summer program serves children who will be in grades K-7 next year.  Half the time is spent on academics, while the other half is a summer camp.  The program is eight weeks long and ends on August 10, lasting from 9-4 p.m. daily. There are seven classrooms, with one teacher for each classroom, plus a lot of teenagers working through summer programs such as Step-Up. Each classroom has no more than 15 students.  Volunteers teach the enrichment courses, according to Long.  The program is supported through funding from NAZ as well as PCYC’s own fundraising. 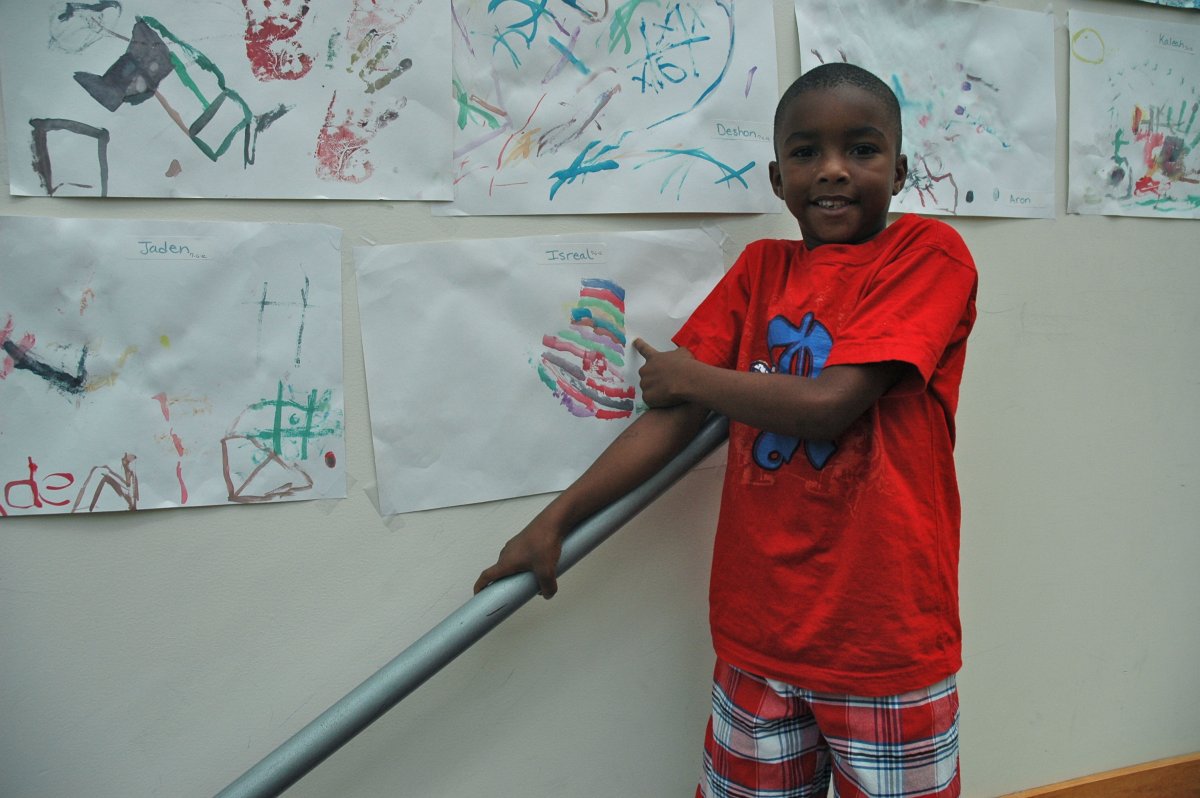 The kids seem to really enjoy it. Isreal Tyson, who is seven years old, said “I like to learn stuff,” and he enjoys playing games and going on field trips to the Science Museum and swimming at North Commons. Ava Martin, who is six years old, said she likes it because “the teachers are nice.”

Alexes Heflin, who will be in seventh grade next year, also attends the PCYC summer program. In the morning, the students use a computer program called Lexia to work on their reading skills, and a program called First in Math. When they finish their work, they get to have free time, where they get to talk, use the iPads, etc. They also do other activities such as making posters, playing in the gym, or going to the park.  On Fridays, they go on field trips, which every other week means a trip to North Commons Swimming Pool. They’ve also gone to the Science Museum and places like Sky Zone (which has a trampoline walled playing field) and the Mill City Museum.

Heflin really likes the program, she said, except the food, which she said has no flavor and is usually cold.

Heflin lives in the Neighborhood Achievement “Zone” and says during the last school year, she attended family nights, usually on a Tuesday or Thursday. The kids would have a pizza dinner while the parents met with the NAZ Connector.

Scaling up with a federal grant

Since NAZ has received $28 million in Promise Neighborhood funding from the federal government, the organization has been implementing its scale-up plan, which means more families will be reached. The grant covers the years 2012-2016. According to Dukes, NAZ has graduated 50 families in the last two years, but that will increase with the new funding. 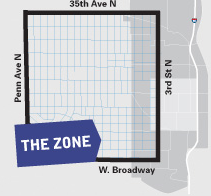 Part of the work is to recruit new facilitators for the classes. This is the first year NAZ is having a summer session, and they plan to have two sessions in the fall, with 16 families each.

NAZ Executive Director Sondra Samuels said the NAZ Connect system makes the organization a “viral village,” connecting families to different partner organizations that would help them with struggles they face. She recognizes that for some families, the digital gap prevents them from having access to the internet or computers. Right now, that hasn’t been a problem, because families are “interfacing so much with the NAZ Connectors.” Ultimately, she said, “it will be great when all our families have access to technology.”