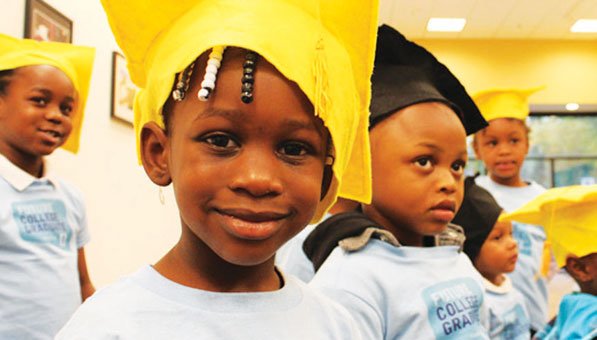 Almost three years ago, the Spokesman-Recorder reported on the origins and mission of the Northside Achievement Zone, or NAZ, which was described as “a $28 million social experiment” whose goal was “increasing educational outcomes so that kids and families have opportunities that they can point to” over the following five years. (“Northside Achievement Zone envisions a ‘tipping-point’ of success,” MSR February 22, 2012)

The NAZ is focused in an area on the Northside that is 18 blocks by 13 blocks and runs from Penn Avenue east to Interstate 94, and Broadway Avenue north to 35th Avenue.

The Wilder Foundation earlier this month released a report card on NAZ’s 2014 performance and gave it an overall good grade, but the report also highlighted areas that need improvement. The key finding of the Wilder report was that the longer children in grades 3-5 were in the NAZ program, the more their scores on the Minnesota Comprehensive Assessment (MCA) improved. The report noted that NAZ was on track in that area.

Other findings reported were:

NAZ students made considerable growth relative to their zone-wide peers in 2012-13 and lost little ground in 2013-14 despite the change in test administration. Similarly, NAZ students have remained slightly more likely to be proficient in reading than students zone-wide since 2011-12 (Figure 6), though the gains for NAZ scholars are less dramatic than for math. 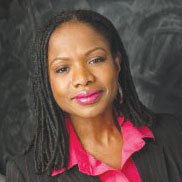 NAZ President and CEO Sondra Samuels (right) said, “We have a real disciplined approach to ensure that we’re setting up a system where we’re going to get positive outcomes. We put a system of partnership in place with families leading the way, but with support.”

In that “system of partnership,” Samuels explained, “every family gets a NAZ ‘connector’. They create an individualized achievement plan with their NAZ connector.” NAZ connectors work closely with parents and students to determine what each family and student needs to be academically successful.

Even with all the individuals and entities involved, Samuels said that the most important of the partners are the parents and the families, and that “Parents are really leading the way, but they’re benefiting from our opportunity network. The longer they’re getting this kind of partnership, the better their children are doing academically.”

The positive news, however, applies pretty much only to the lower grades. For junior high NAZ students, the report found that “NAZ is not on track to meet its middle school targets, but is continuing to build solutions in this area.”

It went on to say that “8th grade math proficiency rates decreased for NAZ-enrolled, zone resident, and anchor school students, a likely result of a change in test administration,” and “NAZ is actively building out its solutions for middle school students and has plans to emphasize their development in 2015.”

There were no high school graduation rates to compare because, as noted in the Wilder report, “NAZ’s high school solution plan is still in development” due to the small number of eligible students.

“Minnesota has the second-worst achievement gap in the country, and North Minneapolis is ground zero for this disparity,” said Samuels. “For the second year in a row, we have early data that shows our radically new approach is creating results. We’re seeing that when low-income children of color are surrounded by a team of support, they do better. This is a great step not only for the families of North Minneapolis but for all of Minnesota, because it means we’ve hit on an approach that can support the future progress of the entire state.”