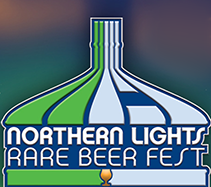 Sometimes drinking beer can make a difference. That’s the goal with Northern Lights Rare Beer Fest, which hits St. Paul for the second straight year on Sat. March 28. The festival is both a showcase for rare and limited beers that fans can’t get anywhere else, but it’s also a significant fundraiser for Pints for Prostates, a national charity that raises awareness and funds for prostate health.

Chop Liver Craft Beer Festivals sponsors Rare Beer Fest, as well as St. Paul Summer Beer Fest, and the Craft beer Expo events in Mankato, Rochester, and Sioux Falls, and they team up with a new charity for each event. They met Pints for Prostates founder Rick Lyke and his daughter Bhrea through a mini rare beer event held at the Great American Beer Festival in Denver, and the idea ballooned from there. In its first run last year they raised $4,000 though the silent auction, where beer collectibles, merchandise, and deals are offered to bidders, and they hope to exceed that figure each year. This year the auction includes year-long growler passes and even a used barrel from Town Hall Brewery’s Twisted Trace barleywine. “It’s a nice mix of higher end stuff and also more everyday affordable stuff,” says Chop Liver, “so that everyone who wants to help out and help raise awareness for an important cause doesn’t feel like they have to break the bank to do so.”

Charity in the brewing world is commonplace and most Minnesota breweries regularly throw some kind of fundraising event, be a taproom food drive or an annual concert. “I think this industry has always had appreciation for all the people who played key roles in them getting where they have gotten,” Chop Liver says of the philanthropic tendency. “Because of that we all want to help out those less fortunate than ourselves.”

With nearly 750 tickets for sale, and going fast, the event is sure to help raise awareness of a key men’s health issue, while having some fun in the process.

Rare Beer Fest features 30 breweries in total, 10 from Minnesota, and offers small crowd experience where attendees can chat with the brewers about their unique creations, enjoy live music, and eat a full meal from Bon Appetit catering, who will feature special beer-related dishes, such as fried whole leaf hops and spent grain pretzels.