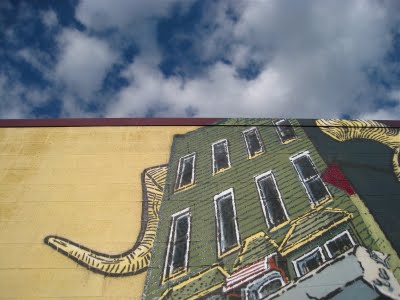 Two years after they collaborated on a mural at Shuga Records, Twin Cities artists Broken Crow (Mike FitzSimmons and John Grider) and Brooklyn-based Over Under (Erik Burke) again team up for a piece in Northeast Minneapolis, this time just three blocks away. The piece, located behind the 331 Club and Modern Cafe on 13th Avenue, has familiar themes: houses (seen in the Shuga mural, Over Under’s recent St. Paul piece, and a few Broken Crow works), stencil animals, and human anatomy (the arms bring to mind Burke’s recent collaboration with Seattle’s No Touching Ground, which featured a wheatpasted reproduction of Burke’s own notebook tattoo). It seems to continue Broken Crow’s recent divergence, away from images of static animals (think: the billygoat on the former Salon Stella six or so blocks away on Lowry Avenue) to more active, or less animal-centric, pieces (think: carnivorous penguins).

See more of the shots of the mural here, and don’t miss the opening of the exhibition Over Under — Building on Building Saturday night, May 28, at XYandZ Gallery in South Minneapolis. 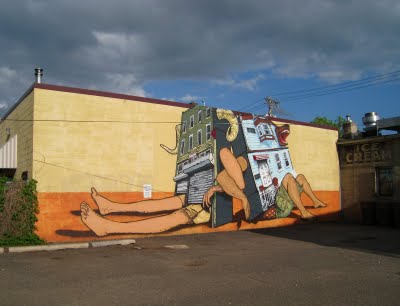 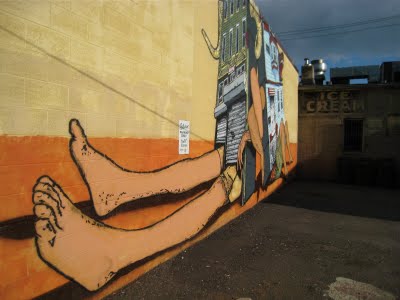 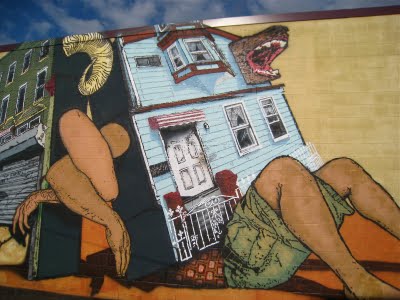 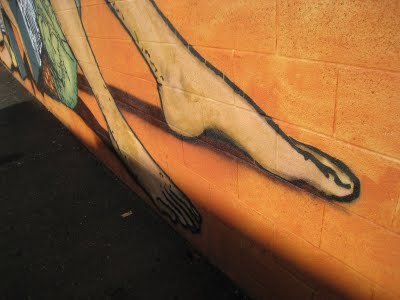