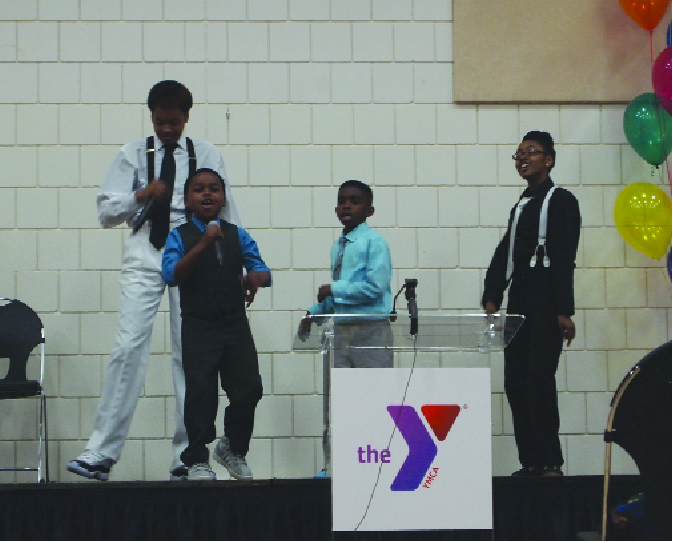 Beats and Rhymes brought the house to their feet with a rap that repeated, “I do my homework, I do my business.” (Photos by Margo Ashmore)

“Seeing a man that looked different, and had a background like mine,” solidified her commitment to the YMCA, said Stacy Guilfoyle, a youth support specialist. Having a person of color at the top had profound effects “on many of us from that era.”

May 10, they filled the gym at 1711 West Broadway to celebrate renaming the Y facility the Harold Mezile North Community YMCA. Honoring his 40 years of work with the Y in Kansas City and in the Twin Cities for 17 years as president and CEO, the Y also announced establishing the Harold Mezile YMCA Urban Youth Impact Fund, a current-use fund that will support the Y’s work with underserved children and youth in North Minneapolis and across the Twin Cities.

“Our goal is to raise $250,000,” the pledge card indicates. Donations to this effort are welcome at https://give.ymcatwincities.org/ MezileYouthFund.

Mezile, the leader of the Minneapolis Y from 1995 until his retirement in 2012, played a pivotal role in the creation of the YMCA Center with its youth focus in North Minneapolis, and led a number of local and national YMCA youth development efforts during his 40-year Y career.

“Harold’s commitment to helping all young people reach their full potential was unwavering,” said Glen Gunderson, president and CEO of the YMCA of the Greater Twin Cities (YGTC). “Having his name on this facility is a great honor for him, and underscores our Y’s continuing dedication to youth development.” 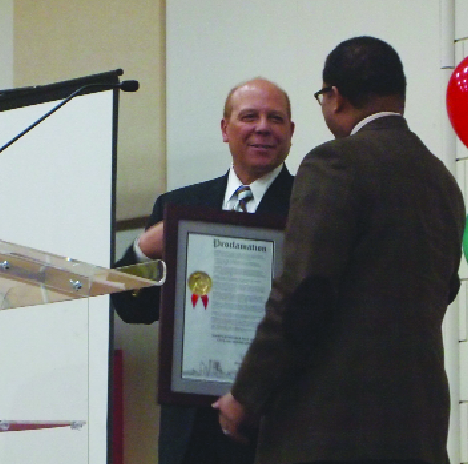 Calvin Allen, YGTC general board member, served as emcee, presiding over gift-giving. To Peggy, Mezile’s wife, “the role of the (spouse) is to turn his head to the left, or to the right, to help him see what needs to be done, so thank you,” and there was a portrait and a proclamation of Harold Mezile day.

Gary Cunningham of Northwest Area Foundation spoke and brought greetings from his wife, Mayor Betsy Hodges, who was travelling. He said “without this institution and Harold’s leadership, there would have been thousands of youth who didn’t find their paths.”

Matt Kjorstad, executive director of the North Community YMCA Youth and Teen Enrichment Center, underscored Mezile’s mentor role, and noted that every year, there will be a leadership symposium in his name. The Y has a pool, which should help address the fact that this area leads the nation in minority drownings. 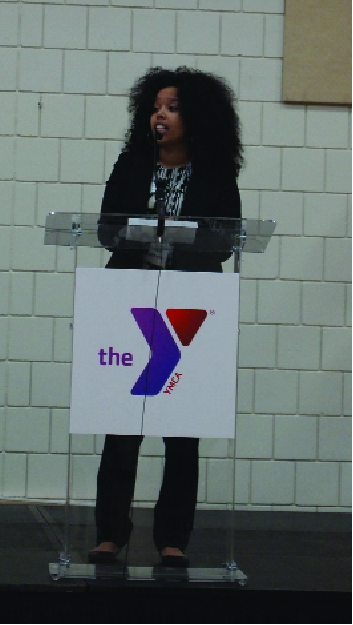 When kids come to the Y, “they’re simply coming here to be a young person. This is their Y.”

Mezile talked about growing up in the Y camping tradition, noticing that in pictures of previous camp years, there were few if any people of color. “We changed the pictures on the wall.”