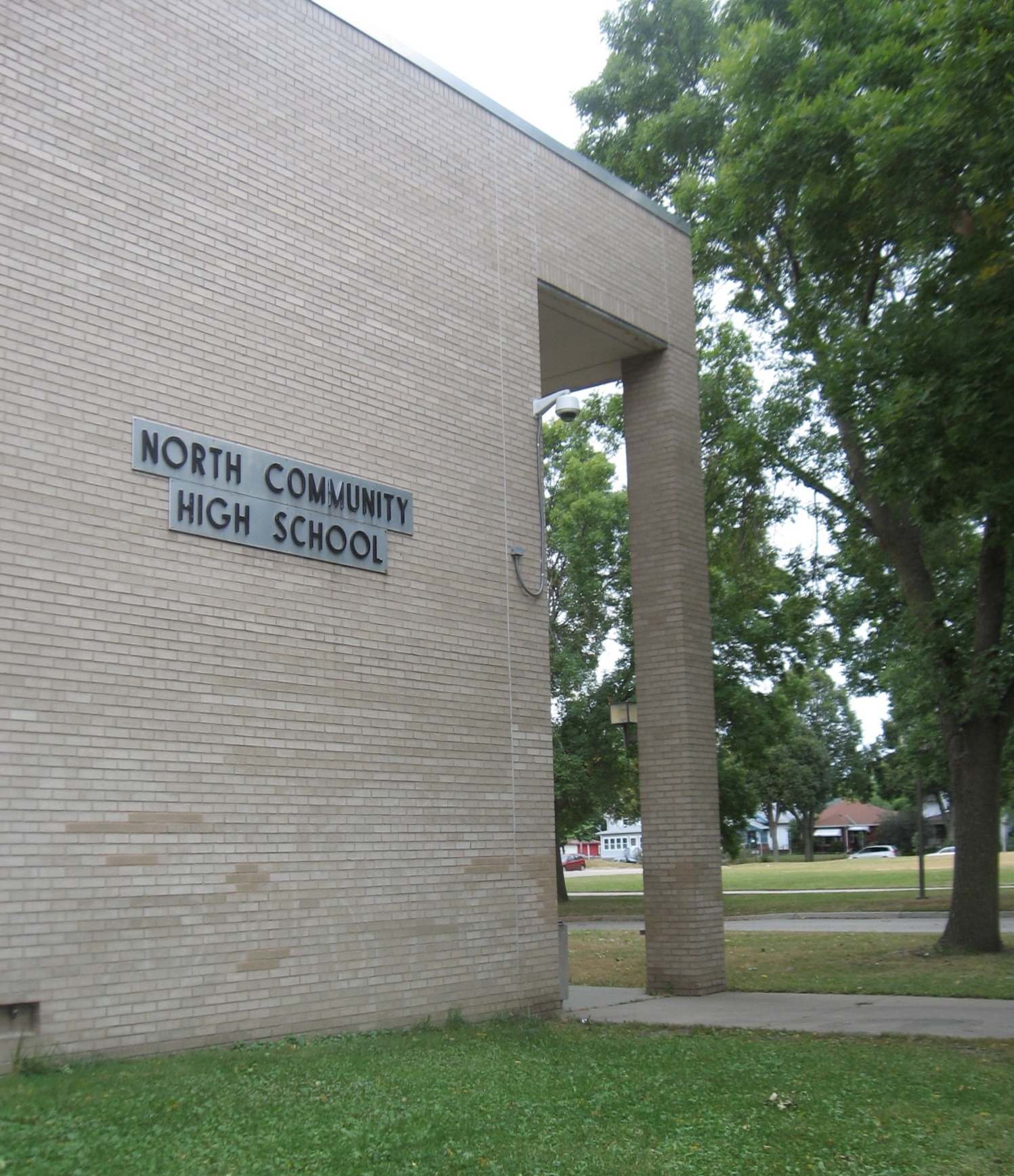 “North was like a family for me. I always dreamed I was going to play football for them and I just thought ‘If they shut down the school, I don’t know what I’m going to do.’ My life plan was to graduate from North,” said Joshua Cunningham, a freshman who played for North’s JV football team in eighth grade.

Lucky for him and true to the school’s words — posted on the outside sign opposite the dated homecoming details — North is not closing. With overall enrollment sitting at 225, administration is moving forward with plans to turn the school around.

“I’ve heard there are as high as 3,000 kids who live in North Minneapolis, but are not attending Minneapolis Public Schools. They’re attending charter, suburban and private schools,” he said.

During his 23 years at North, Buszta has seen enrollment reach as high as 1500, but never before as low as it is now.

“There are people on the Northside who don’t send their children here,” said Peter Christensen, North’s new principal. “We want that to stop. We want them to know that North’s an okay place — better than okay, it’s great.”

“A good school isn’t necessarily a beautiful building — this is a nice building though — and it isn’t a winning athletics team; it’s good teachers,” Christensen added. “I explained to the students that we had people come interview for jobs this summer and we rejected a lot of people. We didn’t feel they had the qualities we were looking for.”

The qualities Christensen described were an undeniable passion for youth and a genuine interest in North’s educational development. Impressive college transcripts aside, Christensen sought to bring in teachers who had zero concern about working in the Northside community with Northside students.  Forty-two percent of the teachers this year are new.

“The top priorities that need to be looked at are test scores and graduation rates,” said Buszta. “Then we have to focus on parent involvement and getting the kids into programs that will help them.”

In 2008, when the teachers tried to create a staff-governed “New North,” their main goal was to develop a proposal to raise test scores. That plan fell through.

“The people you talked to who were in a position to do something didn’t listen, unfortunately,” said Buszta. “Because of that, there wasn’t much that we could do.”

Next year, another New North will arise. A program called the Institute for Student Achievement will lead the evolution of North starting with the 2012 ninth-grade class.

“They have a proven track record of turning around schools and they come in and work with the community,” said Christensen. “The program does a national search to find a principal and helps with direction.”

With ISA’s projected enrollment of 500 students in the next few years, North may move towards opening additional schools on the campus— all under the North banner, but with different educational areas of focus.

“One of the things we’re looking for here and in the district is cognitive engagement. There are questions posed that are of high thinking skill which gives students a chance to think, debate and give feedback,” said Christensen.

He and other staff have already begun motivating students to participate by handing them breakfast when they walk in the door.

In addition to strengthening the advisory period during which students can catch up on homework and revisit lessons they may have struggled with, North plans to implement student-run conferences. Instead of only teachers and parents, students join in on the meetings and formulate a plan of academic improvement if needed.

“I like the administration that’s there and the support from Minneapolis Public Schools,” said Kale Severson, president of the North High Alumni Association. “I think Superintendent Bernadeia Johnson is trying to move in the right direction.”

Severson and the group “Friends of North” are still working to jumpstart their own mentorship program.

Senior and president of North’s student government, Hanifah Abdul-Wahid has grown to like the community that North High has become.

A transfer student from Patrick Henry High School, Abdul-Wahid says she would have gone to a school outside the Minneapolis district if North had closed. Now that things are falling into place, she has few complaints.

“It’s been going really good so far,” she said.﻿ “A lot of people feel like they have a voice now. I push people to do what they know they can.”

Abdul-Wahid and Cunningham said they worked hard to encourage students to both come to and return to North after the announcement that it would remain open. Cunningham did it more to help build the varsity football team.

“I got like eight players to come to North for football,” said Cunningham. “Everybody transferred to go to different schools. They wanted to go shine somewhere else. One day the guys showed up to practice and the coach asked where they came from. They pointed to me and everybody just gave me a round of applause.”

An active recruiter, Cunningham said he wants to contribute to North’s legacy and work hard in athletics and academics. Abdul-Wahid recruited students by participating in plays at different middle schools showcasing the North High School experience.

“People think it’s a place where the building is out of control and there’s chaos and turmoil and it’s not. It wasn’t last year and it’s certainly a lot better this year than it was last year,” said Christensen. “The doors are open. We want people to come and know what’s going on. There’s a lot of interest in making North High successful. It’s a long way down that we went, now we’re coming up.”