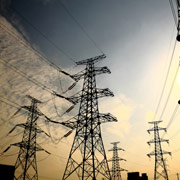 In 2007, the Next Generation Energy Act (NGEA) created a framework for achieving significant energy conservation efforts and implementing renewable energy sources throughout Minnesota. The legislation passed with strong bipartisan support in both chambers and was signed into law by then-Governor Tim Pawlenty. But earlier this month a federal judge heard opening arguments in a case where the state of North Dakota is suing Minnesota over the bill.

Part of the NGEA stipulates that Minnesota utilities cannot build any new fossil-fueled power plants within its borders, or import new electricity from a large fossil-fueled power plant located in another state unless the utility offsets the increased carbon emissions in other ways. Current agreements that bring fossil-fueled electricity across the border are unaffected, but North Dakota, which is home to a big coal industry, is worried about future economic interests.

It is understandable that North Dakota is concerned about its long-term coal business interests. Due to successful conservation efforts, an economic recession that reduced electricity demand across sectors, and the state’s shrinking (albeit slowly) reliance on coal-fired power plants, coal’s share of the electricity generation load in Minnesota has dropped from 54.7 percent in 2000 to 31.5 percent in 2010. A surging natural gas industry and the rapid development of wind farms in Minnesota indicate that this trend is unlikely to reverse itself.

Although this lawsuit may simply be a public show of support for North Dakota’s coal industry rather than a legitimate legal challenge, as one of the NGEA’s authors has stated, it is a case worth watching. If any part of the NGEA is found to overstep the Federal Energy Regulatory Commission’s legal jurisdiction, the most important bill in pointing Minnesota’s energy policy in the right direction may be in jeopardy.