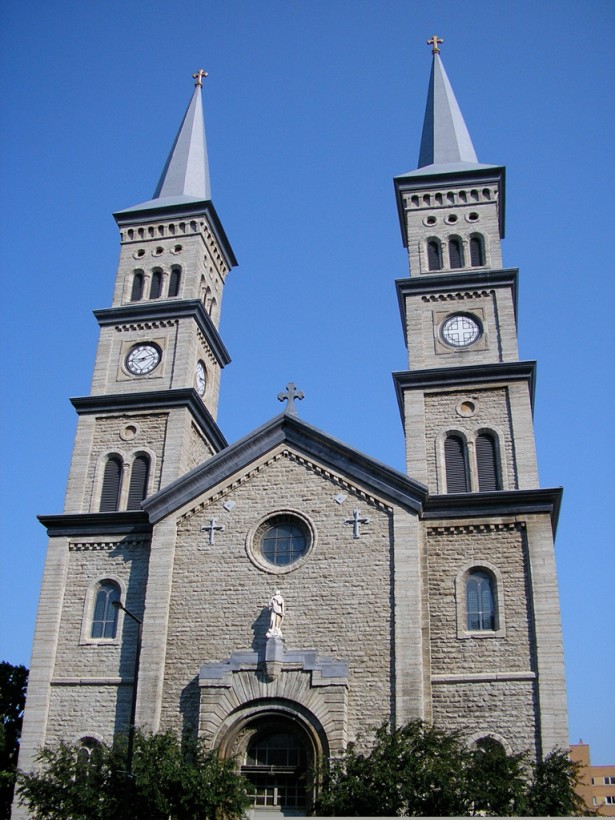 The year was 1933: FDR had just succeeded Herbert Hoover in the White House, the first episode of The Lone Ranger aired on the radio, Fay Wray co-starred with a giant mechanical gorilla in King Kong, and the chocolate chip cookie had just been invented.

The young boy hurried alone through the freezing darkness on his way to Assumption, the old German church on West Seventh Street, where he served daily Mass. It was still very early, barely five o’clock. Sometimes the boy would stop at Davidson’s Restaurant, breaking his communion fast because he was hungry and there was never enough to eat at home.

Bobbie, the grumpy old woman who worked in the kitchen, would sneak him two hot doughnuts. He’d put them in his pockets and wrap his cold hands around their fragrant warmth. If she was in a good mood, Bobbie would have a steaming cup of cocoa ready for him. He’d gulp the sweet, hot liquid, enjoying the heat as it went to his belly. 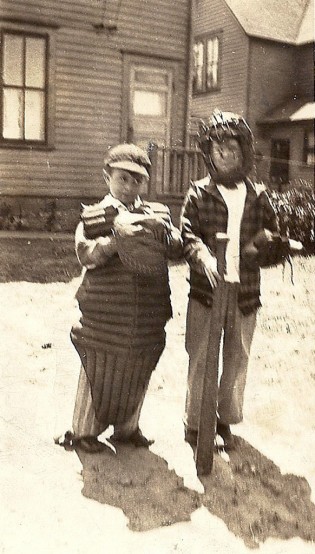 Donning his black cassock and white surplice, the boy diligently lit the altar tapers, holding the long-handled wick and stretching his short arms to reach the tallest candles. The old priest he served was strict and demanding. If the boy wasn’t fast enough when Father handed him the ceremonial hat with the woolly tuft on top, the priest would throw it on the floor. Then the frightened child would scramble to pick it up and put it carefully in its rightful place.

The boy was expected to recite the Latin responses in a loud, clear voice, and received a fierce glare if he forgot or stumbled over a phrase: In nomine Patris, et Filii, et Spiritus Sancti. And yet, in spite of this, the boy was filled with love for God and all things spiritual. He would leave the holy place with an indefinable yearning for this saintly existence. For a time, the boy dreamed of being a priest, but then he discovered girls and chose a different path. In 1946, he married my mother.

My dad used his many talents over the years to help boys of all ages as a probation officer, friend, mentor, and coach. In return, he was greatly loved and respected by generations of youth. Dad passed away in 2005, but his memory lives on.

Marianne McNamara has strong favorable biases toward mysteries, ice cream, sidewalks, Italian food, watching snow fall… and writing. Her hard drive is full of works in progress; some she’ll finish sooner and some later. She never deletes anything. Marianne has been writing poetry for about fifteen years. Her work has appeared in Lake Country Journal, Talking Stick, County Lines, and Dust and Fire.