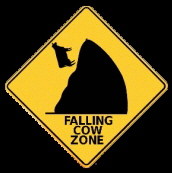 For months, Collin Peterson and Tim Walz have roaming the countryside warning Minnesotans that we need to pass a five-year Farm Bill.Senators Klobuchar and Franken did their bit in the upper chamber by passing the Senate version, and the House Ag committee got its work done months ago.

Now the media is widely reporting a consequence of the Republican leadership’s inability to bring the Farm Bill to the floor: the return of the Agricultural Act of 1949. This will be a disaster for both milk drinkers and producers. Back in September, Collin Peterson to Julie Rovner of National Public Radio:

“At that point, we’ll have $38 milk,” Rep. Collin Peterson, D-Minn., told a rally at the Capitol last week. “So what do you dairy farmers think about that?” (That $38 refers to the price per 100 pound weight — the wholesale pricing unit. Basically, it works out to nearly four times what dairy farmers are guaranteed now.)

“If the support price doubles, consumers are going to feel the brunt of that,” she said. “Consumption will go down and the price will also go down. It’s a vicious circle, that won’t take care of itself.”

The story is moving beyond dairy country and it doesn’t look good. There’s more in the Associated Press article on KSTP’s stie, Farmers worry about dairy prices as deadline nears:

But farmers still shudder at the thought of any prospect, even remote, of reverting to an old system under which milk could surge to $6 a gallon.

The Agricultural Act of 1949 contains the basic provisions for setting milk prices. The act is superseded every time a new farm bill is passed, but if no new bill or extension is passed the old act goes back into effect.

That law includes a mechanism for guaranteeing a minimum milk price that covers producers’ costs. The government guarantees to buy their milk products at that price, but producers can usually do better selling on the consumer market. But if the old mechanism were applied to current market conditions, the government price could be double the current rate, industry officials say. Farmers would sell their dairy products to the government instead of the private market and store prices would surge. Then prices might collapse as the government eventually sold its dairy stockpiles.

In the Winona Daily News article, Congressman Walz is pissed:

“I certainly feel like I have been screaming into the wind for months now,” said Rep. Tim Walz. “This thing has been done, passed out of the Senate with almost a two-thirds majority. Just like so many other things, it’s just kick the can down the road.”

It’s hard to fault Walz for his anger. Passing a Farm Bill was a big issue in the First Congressional District contest between Walz and Republican opponent Allen Quist, who blamed the food assistance title in the bill for everything from America’s divorce rate to single ladies voting for Democrats (seriously).

Voters and ag leaders rejected Quist, signaling they want Congress to quit dawdling. Sadly, it looks like Boehner, Cantor and company will continue to dawdle until the cows come home–and head to the auction barn as the dairy industry suffers.