The guy who predicted the housing bubble is back with similar warnings about farm land. He’s someone the Nobel Prize committee thinks we should listen to; it just gave him the award for Economics. (Why he received the prize is a little complicated and this piece doesn’t deal directly with that.)

Robert Shiller, a Yale economist who started his teaching career in 1972-1974 at the University of Minnesota, is best know for his work on pricing assets that led to creation of the Case/Shiller Home Price Index. He forecast the collapsing housing market in 2006, and believed a recession would follow. The guy knows what he’s talking about.

Shiller thinks we’re in a serious farmland “bubble,” not unlike the housing market before the Great Recession. How severe a bubble bursting might be depends on how much of the bubble is leveraged with debt.

It might be a lot. One of my best eyes and ears on the ground is the Martin Goodrich & Waddell Inc. real estate brokerage at Sycamore, Ill., outside Chicago. In its autumn Farmland Seasons newsletter, it proclaimed the liquidation phase for transitional land is over. That is the land near urban centers where sprawl pressures might inflate land prices, but MG&W gave an explanation for all land prices to rise:

“Investors looking to stash cash are putting money in ‘hard assets’ – land and gold – as hedges against inflation and dollar depreciation.” 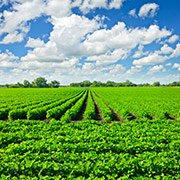 We don’t see land prices like that in Minnesota at this time. But they are high enough. It would be folly to bet against Robert Shiller.