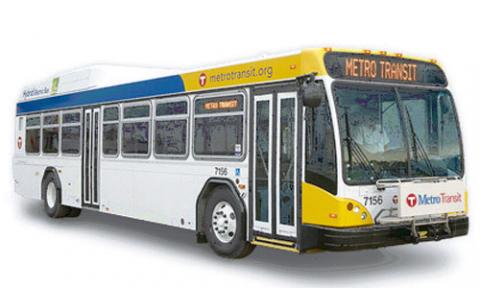 LHP&L works on a number of projects ranging from a curbside composting program to energy efficiency services. The 2010-2011 City of Minneapolis Climate Change Innovation Grant enabled the group to turn its efforts towards increasing mass transit use in the Linden Hills neighborhood.

For over four years, the City of Minneapolis has worked with residents, nonprofits, community organizations, schools and businesses to reduce greenhouse gas emissions at the local level with the Climate Change Innovation Grants. The 2010-2011 grant funding came from Minneapolis’ Energy Efficiency and Conservation Block Grant money from the U.S. Department of Energy. These sub-grants allowed recipients to implement their own sustainability initiatives, aimed at reducing fossil fuel emissions and improving energy efficiency in the transportation and building sectors. As one of the eight Minneapolis Climate Change Innovation Grant recipients in 2010, LHP&L chose to increase bus ridership in their neighborhood.

Linden Hills Power and Light collaborated with Metro Transit to create a direct mail campaign to encourage residents to use mass transit more often. LHP&L and Metro Transit crafted effective, attention-grabbing pamphlets for the campaign that showed residents all the possible trips and destinations they could reach on the bus and highlighted the environmental and community benefits of using mass transit.

The technology of the Metro Transit Go-To bus card was a valuable asset in the project, and one of the key components for tracking the campaign’s success. The Go-To cards report back to a database informing Metro Transit every time the card is used. Prior to the direct mail campaign, the database informed LHP&L who already used the bus with a Go-To card, and what areas of the neighborhood were more or less likely to use the bus cards. Using this data, LHP&L and Metro Transit sent a direct mail piece that contained a reusable Go-To bus card preloaded with $10 worth of bus rides to approximately 2,600 pre-selected homes in the Linden Hills neighborhood. LHP&L also passed out nearly one-hundred more bus passes at the Linden Hills Festival and other local events.

The program turned out to be quite successful—participating residents went on a total of 5,323 bus rides, and the total rides from this particular promotion are estimated to prevent 12,243 pounds of carbon dioxide emissions! Aaron Isaacs, a former employee of Metro Transit and a Linden Hills resident who helped organize the collaboration between the two entities, reported, “The Linden Hills Power and Light program had enough users who reloaded their Go-To bus cards and continued to use them that the program paid for itself.”

“The program worked so well that Metro Transit plans on using the Linden Hills Power and Light model as a framework for reaching out to other communities that have low ridership,” Isaacs added.

Building on this success, on May 21, 2012, the Linden Hills Power and Light Public Transportation Initiative won a Northern Lights award from the Minnesota Association of Government Communicators in the category of Pamphlets. The Northern Lights awards honor communications projects from around the state. Click here for more information.