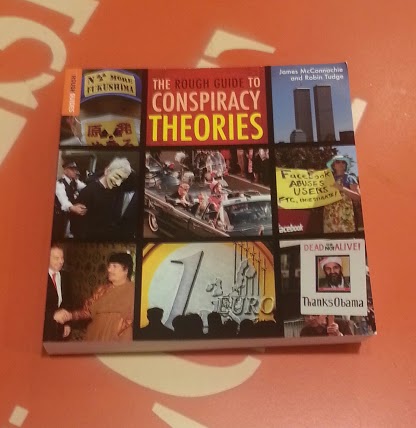 The DFL held its precinct caucuses this last week, and for the first time in recent memory Minneapolis did not entertain resolutions as part of the process. Although in a previous post I poked fun at resolutions as a confusing part of an evening that has its share of eccentricities, resolutions are an important piece of how political values are set. The reason we were given for the lack of resolutions was that since this is an odd-numbered year with no senate district or statewide conventions, resolutions have “nowhere to go.” But I keep on subtracting four years from 2013, and as far back as I can go, the years always seem to come as odd numbers. And we’ve done these in previous city elections, so what gives?

A quick primer on resolutions: these are statements submitted at the precinct caucus level, with the intent, hope, or Quixotic dream that they will become part of the party platform. They can be simple statements, like “End all wars,” or flowery credos full of “whereas-es” and “therefore be it resolved that…” A resolutions committee takes all of the submissions and sorts them into categories based on topic and duplicates and how badly some of the writers appear to need medication.

At the next convention, delegates vote on which resolutions pass muster. The ones that make it all the way can then be used to measure how well potential candidates match up with party values when they are seeking endorsement. The process can be cumbersome, but it does allow for grassroots movements to define broader political values.

The removal of resolutions in their entirety this year harms the party by keeping new ideas and new energy from being fully utilized. Even worse, communities like north Minneapolis–or areas with immigrant or other new voters–are disproportionately affected.

In more politically active and established areas of town, caucus attendees heard about the lack of a venue for resolutions to be heard, and responded by saying “The hell with that. I’m bringing my resolution anyway. Deal with it.” Unless rules change by the ward or city conventions, those resolutions have nowhere to go within the party structure as it is set up this year. It is not accurate, however, to say they have “nowhere to go” at all.

Even now, those resolutions, primarily around topics such as the stadium, the HERC garbage burner, and foreclosures or demolitions are making their way onto the Minneapolis Issues Forum and other social media. People who brought forward their issues are creating, through whatever means at their disposal, a venue where they can be heard.

But in Ward 5, we had a more docile bunch in this regard. Many in north are unfamiliar with the inner workings of a precinct caucus, and just assumed that if there was no forum for resolutions (whatever those are anyhow), then they would just not bother submitting any. Whatever issues or areas of concern these delegates have, they aren’t even being heard because we were told we couldn’t speak up and we didn’t challenge that assertion.

If that doesn’t change, then our mayoral and council candidates will have fewer obligations to north Minneapolis because this year’s process never facilitated the articulation of our community’s values and needs. Delegates and alternates in wards four and five should not allow that to happen.

I’m generally not a big fan of changing convention rules at the floor before the endorsement process even begins. I tend to subscribe to the belief that if such particulars are that important to you, then you ought to put in the time with the rules committee prior to the convention. In this case, the rules have already been set up–whether intentionally or not–to exclude dialogue and input. That should not stand.

If the rules aren’t adequately changed by the day of the ward conventions, delegates need to be on the floor immediately at the start to amend the rules to allow for resolutions. And delegates and alternates should come armed with the resolutions they would have liked to submit at the caucuses.

Plenty has been made of this issue already, with conspiratorial allegations that certain people or powers don’t want the Minneapolis DFL to have a position on hot-button topics like the burner or the stadium. I tend to think the problem is far less sinister, but no easier to resolve: people are lazy. The tedious repetition of committee work around resolutions can be daunting. But the end result of a party, candidates, and ultimately elected officials who have heard the voice of their constituents loud and clear, is well worth the effort.