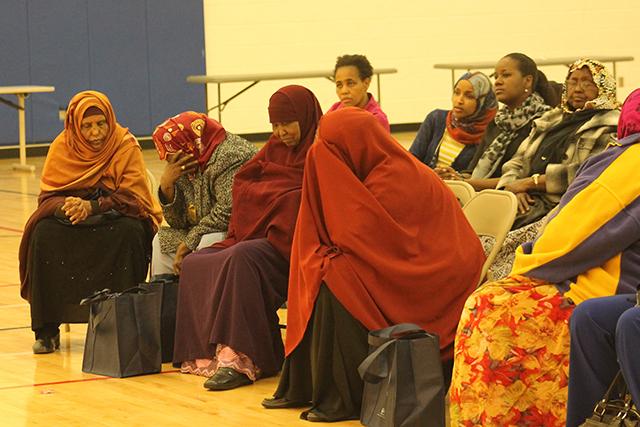 On Tuesday evening, scores of people assembled at Brian Coyle Center in Minneapolis as part of National Crime Victims' Rights Week, which runs from April 10-16. Many who attended are mothers and relatives of the Somali men gunned down in Minneapolis. (MinnPost photos by Ibrahim Hirsi)

Losing loved ones to gun violence isn’t unusual for many Somali-Americans, a community uprooted by a civil war that claimed hundreds of thousands of lives, tore their homeland apart and displaced millions.

What’s astonishing to them, they say, is the fact that Minneapolis police have yet to arrest those responsible for recent gun violence that have left dozens of young Somali men in the Twin Cities dead.

On Tuesday evening, scores of people assembled at Brian Coyle Center in Minneapolis as part of National Crime Victims’ Rights Week, which runs from April 10-16. Many who attended are mothers and relatives of the Somali men gunned down in Minneapolis.

While those attending the event took note of the advice from speakers, one question lingered: Who murdered the young men?

“We left our country to find safety in the U.S.,” Sarah Ismail said after the event. “I hear that a Somali man got shot in Minneapolis, but we never hear who killed them and why they were killed.”

Members of the Somali community have speculated that some of the killings were sparked by gang- or drug-inspired activities. But when 31-year-old Fuad Ali was slain, some in the community said they were bewildered, others fearful. Ali was well known in the Somali-Minnesota community and owned two banquet halls the community used for parties and wedding ceremonies.

Some families declined to comment on the death of their relatives because the cases remain open. Others said they didn’t want to talk because doing so reopens wounds.

Ilyaas Maow, an editor of the Minneapolis-based Mogadishu Times, said he has covered more than 10 incidents of gun violence involving Somali men in less than a year. Among the victims was his friend, Ali.

“I’ve known Fuad for years,” Maow said. “I saw him the day of the night he was shot dead. And the next day, I buried him.”

Maow said many in the Somali community had long thought the violence was limited to gang members fighting each. But with the death of Ali and others like him, there is a different storyline: Many in the community say they no longer feel safe.

“When I heard Fuad was killed, I realized that no one is safe here,” Maow said. “He was a family man, a businessman, a college graduate. And now he’s dead. Who killed him? No one knows.”

Among the speakers was Alice White, a Minneapolis Police Department officer who encouraged community members to speak out against crimes they see in their neighborhoods. 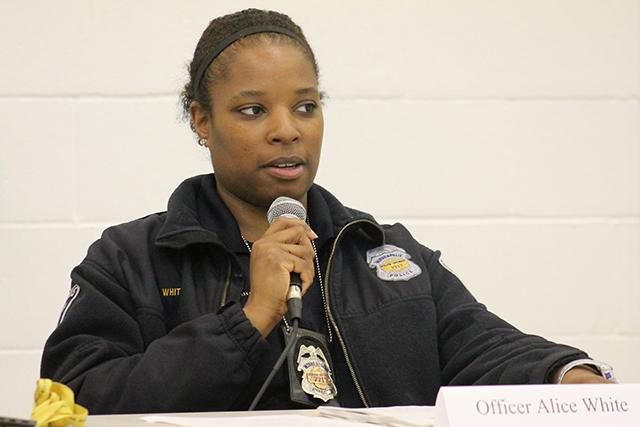 “If everyone in the community starts to look out for these minor crimes that occur, people are going to know that this community does not tolerate even minor crimes,” she said. “So they can only imagine what could occur if they decide to make a major crime.”

“Let me be very direct,” Freeman said. “There are several deaths out there where a Somali person has been killed and we in the police can’t solve that crime because people in the community have not come forward to tell us who might have done it, who was there at the time the crime was committed or what happened. And if we don’t have that help, we can’t solve that crime.” 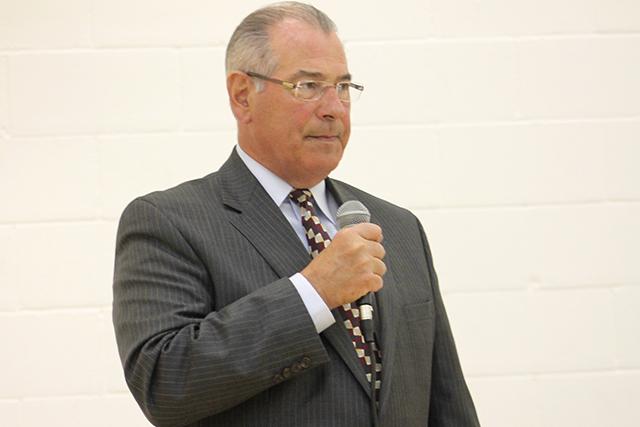 Hodan Ali, an elderly woman at the event, later expressed disapproval of Freeman’s plea. Ali explained the danger of testifying or reporting a crime to police:

“If I come forward and point a finger to the killer, they will kill me or hurt me and my family,” Ali said in Somali. “How can I say I saw someone kill someone else? We’re scared.”