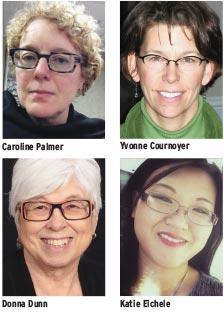 Beth* thought Brian* was sweet – a little shy – but trustworthy. She knew from her parents to look for men who respect women. But when he got her alone, near their University of Minnesota campus, he began to push too hard, too fast. He didn’t stop when she asked him to. He didn’t seem to care when she said no. She realized what was about to happen, and her brain shut down.

Most people still envision sexual assault as a rare occurrence committed by strangers. In fact, 8 out of 10 times the rapist knows the victim, according to the National Institute of Justice.

The bad news: The number of rapes has not gone down in decades. Research consistently indicates that 1 in 5 college women are victims of non-consensual sex.

“It’s a lion’s den out there, and we’re still asking our young people to fend for themselves,” says Caroline Palmer, law and policy manager for the Minnesota Coalition Against Sexual Assault (MNCASA).

Ways to say no

Many young adults don’t know how to have healthy conversations about relationships, says Yvonne Cournoyer, MNCASA’s prevention program manager. With movies skipping over what happens between “the look” and people tearing their clothes off, she says, young people don’t know how to fill in the gaps.A persistent focus on “stranger danger” has clouded efforts to understand the real risks of sexual assault on campus:

As the victim of date rape at the University of Minnesota in 1981, I recently started the conversation with my teenage daughter about campus assaults. It’s not easy to know what to say. “Don’t trust certain people, but you can’t tell who they are” isn’t great advice.

What I told her: Tell someone if something bad happens. I was 19 and wanted to pretend nothing happened. The man involved and I worked together, and I enjoyed my job. So … I continued to work alongside him for several years and blocked it out. That did psychological damage that I didn’t confront until I saw a therapist at age 30.

Experts at the Aurora Center and MNCASA offer these prevention tips:

What we’re saying yes to

The Aurora Center has a multi-pronged approach to reducing the numbers of rapes. It is helping educate students about what is and is not legitimate consent.”Rape is a preventable crime,” says Katie Eichele, director of the Aurora Center at the University of Minnesota, which also offers support for sexual assault victims at nearby Augsburg College.

A big step is teaching men what healthy masculinity is. “That’s the tough one a lot of organizations are grappling with,” Eichele says. Duluth-based Men as Peacemakers helped create training resources, now required for all Minnesota high school coaches, to prevent sexual violence and encourage respect for girls and women.

Although leaders at MNCASA and the Aurora Center are encouraged by changes, they know more training of first responders and students is needed. “I’m proud of the intervention and policies we’re creating in Minnesota,” which is considered a leader nationally, Eichele says. “But we are at the very beginning of prevention efforts.”