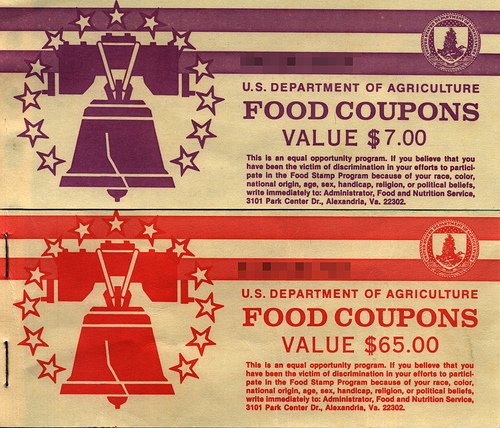 One of the last acts of the Republican majority of the House of Representatives before the August recess of Congress was to propose to cut funding for the food stamp program by $40 billion in the fiscal 2014 budget. These cuts were proposed even after the U.S. Department of Agriculture reported that the inflation adjusted value of food stamps had declined seven percent between 2009 and 2011.

This piece is a guest feature from Rod Leonard, former IATP board member and special assistant to U.S. Department of Agriculture Secretary Orville Freeman.

Whether the cruel and harshly punitive action offended the gods possessing larger powers of compassion and morality is not clear, but no one questions that nearly simultaneously the bottom fell out of commodity market prices for corn, soybeans and wheat. The question is whether the two developments in the agricultural economy are related, and whether the stability of the American farm economy may have been fractured, possibly permanently.

These facts are clear:

Before House Republicans decided to shear by half the program that keeps hunger from the door of nearly 48 million people in America, the cash price of corn was hovering near $7.50 a bushel, and briefly climbed above $8.00 a bushel in future markets. Ever since the Republicans sacrificed help for the hungry to appease the austerity gods, the cash price of corn has fallen to nearly $4.60 a bushel and remains below $5 a bushel. Assuming the cash price remains below $5 a bushel through the rest of 2013, the drop in the cash price represents a potential loss in future income for American corn growers of possibly more than $32 billion in 2013 and 2014 income.

When the potential drop in earnings for wheat and soybeans are included, the overall figure for the heartland of America and the American breadbasket may be a drop of well over $60 billion in potential earnings. Soybeans are down by 16 percent on the futures market since their peak earlier this year, losing $4.25 per bushel, while wheat has declined more than a dollar per bushel to less than $6.50. The actual potential loss could be smaller, depending on the number of farmers that hedged their crops, i.e., sold future harvests to speculators and dealers at market prices that prevailed before the bottom fell out.

This much is also clear: Farming in 2013 will not be as profitable as in 2012. In Minnesota, for example, farm income was 50 percent higher than in 2011. The rise in land values that has seen the price of cropland climb 20 percent in Minnesota—increasing from $4,050 to $4,800 an acre—in 2013, will likely fall back in 2014. Land prices historically have reflected anticipated crop prices. From an historic U.S. average of over $4,000 an acre, the price per acre of choice crop land reached in 2013 to over $12,000 in the cornbelt. But corn prices won’t be high enough to pay the mortgages for that land, particularly, as the USDA reported, the costs of farming per acre climbed to a record high in 2012.

The impact of the failure to pass a coherent Farm Bill will not only be felt on the farm, but also throughout the rural economy, as land values decline. Over the past decade—likely to be remembered by many as the golden years of farming in the 21st century—farm debt levels have declined to near record lows reflecting strong balance sheets for most farms. Credit costs for rural borrowers are low.

The fall in the farm economy in 2013 either may be dismissed as a bump in the road or considered the beginning of a mortgage default cascade into depression in the rural economy. Preventing rural depression depends entirely on public policy, on the choices to be made in 2013 and 2014.

For example, the price of corn depends not only on the volume of exports the USDA needs to promote but also on the continued diversion of 40 percent of the corn crop into ethanol production. Without ethanol production, an increase in the yearly supply of corn by 40 percent could send corn prices to crushing low levels of less than $1 a bushel. Ethanol is less an energy program than a subsidy program for corn growers.

If the House GOP succeeds in its mission to punish nearly 48 million people who rely on the food stamp program (and the 15 million people eligible for the program that don’t apply for food stamp benefits or choose to remain at risk of hunger), then farm and food programs, joined together in April 1964, also will end.

The union began when Secretary of Agriculture Orville Freeman finally pushed the Democratic majority of House of Representatives to approve by a narrow 30-vote margin legislation to adopt the statute creating a permanent food stamp program originally proposed in 1961 by President John F. Kennedy. That program is a far cry from the program that today ensures the right of every American adult to choose to protect themselves and their children from hunger. Freeman was intent on linking the capacity to feed a growing nation to a policy insuring that every person, regardless of income, is entitled to share in an abundantly productive agriculture. Within two weeks of the passage of the food stamp legislation, Freeman was able to convince an urban dominated Congress to adopt a Farm Bill establishing supply management as the new post-war policy for American agriculture. Agriculture could maintain remunerative prices for farmers despite a structural tendency to overproduce year after year.

The shape and dimensions of farm policy will continue to change as global agriculture and global demand for food and farm products change, but the central role of government policy is the same today as in 1862 when President Abraham Lincoln created USDA. The 1964 legislation joined farm and food policy at the hip, with food stamps the glue of American food and farm policy.

The effort of the House GOP to perform political surgery to remove food stamps can have only one predictably disastrous outcome: Food stamps will survive. An urban nation will not compel millions of its residents to accept a life dominated by hunger. But, if divorced from food stamps, farm programs, whose benefits largely are delivered to the largest 200,000 farm operations, likely will perish in the ideological bonfire that is the GOP Farm Bill. The political conflagration will inevitably include rural America as well.

Image: The union of food and farm programs began in April 1964 when Secretary of Agriculture Orville Freeman finally pushed the Democratic majority House to approve by a narrow 30-vote margin legislation to adopt the statute creating a permanent food stamp program. (Used under creative commons license from NCReedplayer)