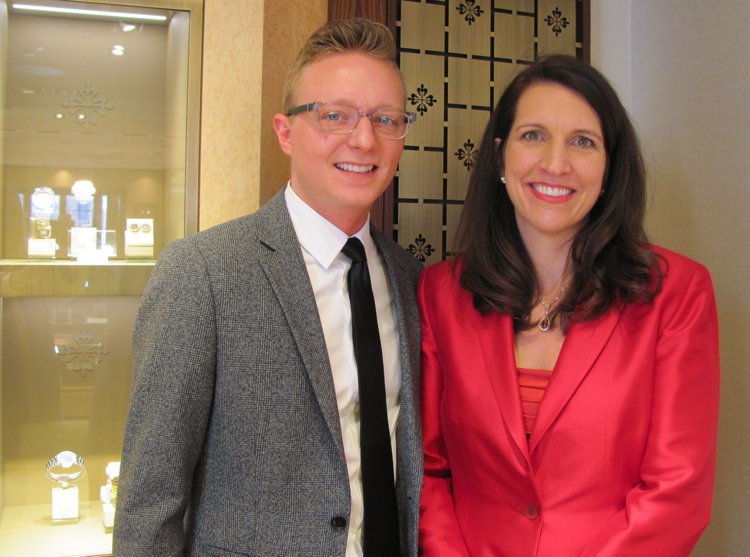 It was Valentine’s Day and it was cold, but the passion inside Wixon’s jewelry store couldn’t have been warmer. The luxury jewelry store in Bloomington donated an exclusive 2.43-carat pear shaped Garnet ring, valued at almost three thousand dollars, to the 2015 Oscars Viewing Party at the Marriott Minneapolis City Center.

The staff is as excited about the ring as they are about the event they are donating it to.

Now celebrating its 22nd year, the Twin Cities Oscars Gala is the longest running Oscars party in the U.S. outside of Los Angeles and is the only party in the state sanctioned by the Academy of Motion Pictures Arts and Sciences.

“This gemstone ring will steal the [Oscars Gala] show. The ring is made in 18k yellow gold and the Garnet is surrounded by 92 round brilliant cut diamonds, totaling .65 carats which are displayed in a beautiful double halo design,” said Jason Krepka, Wixon sales executive. “We are very excited to participate in this year’s raffle for the Aegis Foundation at the 2015 Oscars Gala.”

Wixon Jewelers is known for donating items to need-based organizations, but this is the first time the company has donated to the Oscars Gala, said owner Hope Wixon.

“[The Oscars Gala] had to go through an application process and then I make sure what the cause is,” said Wixon.

Hope and husband Dan are avid gem collectors. “They hand select every gemstone we carry,” said Krepka. In January, the Wixons attended the biggest gem show in Tucson and brought back specimens from all over the world, including rare sapphires, rubies, alexandrite, and the Oscars Gala ring, according to Krepka. “Hope decided on this Garnet ring [for the Oscars Gala raffle] because of its deep rich red color, which happens to compliment the Pantone Color Institute’s color of the year ‘Marsala,’” he said. 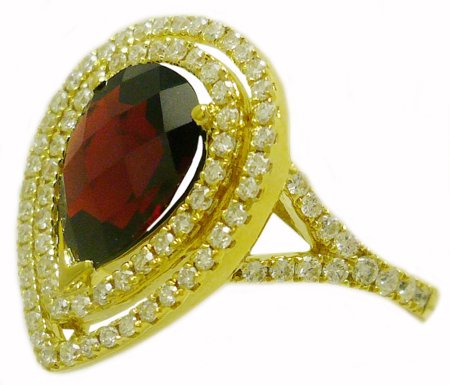 The Twin Cities began Oscars viewing parties as a house party in 1988 by Scott Mayer. Oscar Night America started as a way to benefit charities nationwide. All of this year’s Oscars Viewing Party proceeds will benefit the Twin Cities Film Fest and Aegis Foundation.

“A Night Filled with Hollywood Glamour and Selfies” is the theme for this year’s Oscars Viewing Party. Big screen TVs will broadcast the Oscars show. “We will also have a silent viewing room where there is no talking for film fanatics,” said Panzarella. 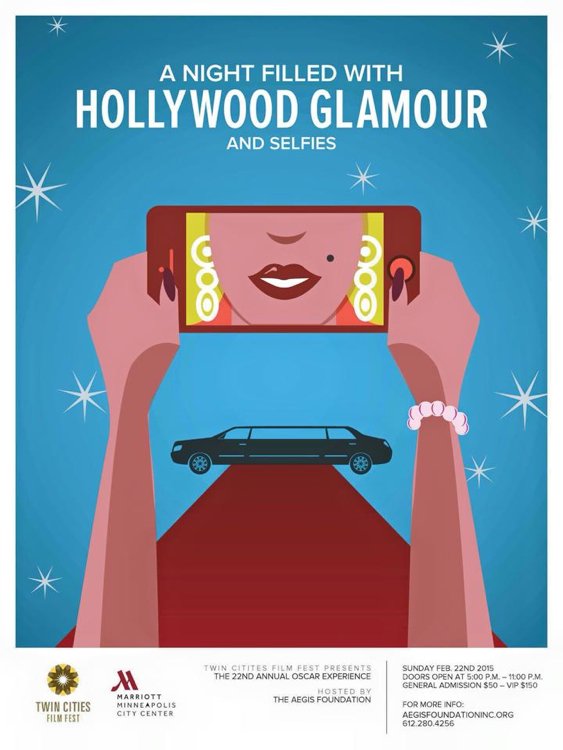